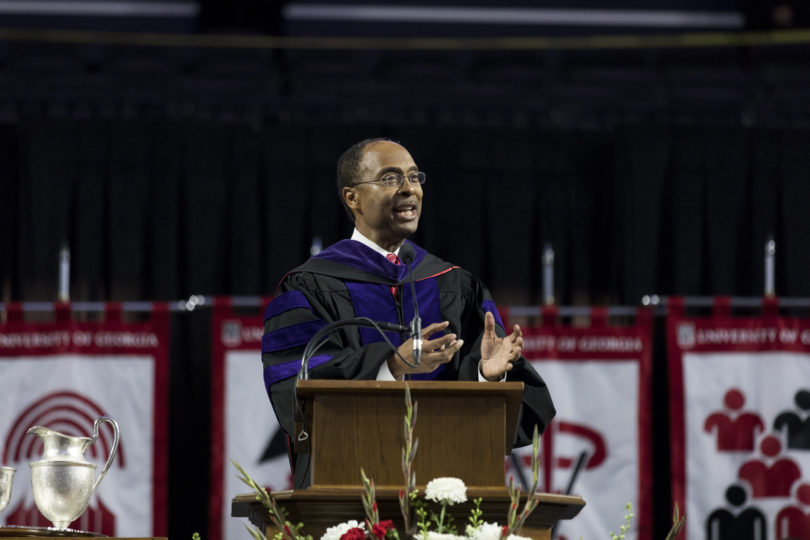 Steve Jones has a personal history rooted in Athens and UGA

Steve C. Jones, a U.S. district judge of the Northern District of Georgia, will deliver the keynote address at the 17th annual Martin Luther King Jr. Freedom Breakfast. Hosted by the University of Georgia in collaboration with Athens-Clarke County and the Clarke County School District, the event will be held Jan. 17 at 8 a.m. in the Grand Hall of the Tate Student Center. 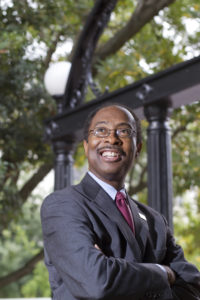 Appointed by former President Barack Obama in 2011, Jones presides over cases involving the United States government, the Constitution, federal laws, civil disputes and other matters. Prior to his appointment to the district court, he served as a superior court judge in Athens-Clarke and Oconee Counties for 16 years. A 2018 recipient of UGA’s Alumni Merit Award, he is a longtime supporter of the university and a recognized leader in the community. Jones earned his bachelor’s degree in management in 1978 and his Juris Doctor in 1987, both from the University of Georgia.

Tickets are $25 for individuals, or $200 for a table of eight, and are available for purchase online. Tickets will not be sold the day of the event, and initial ticket sales are limited to one table. To request additional tables, please email Sonya Sinkfield-Dixon at diverse@uga.edu.