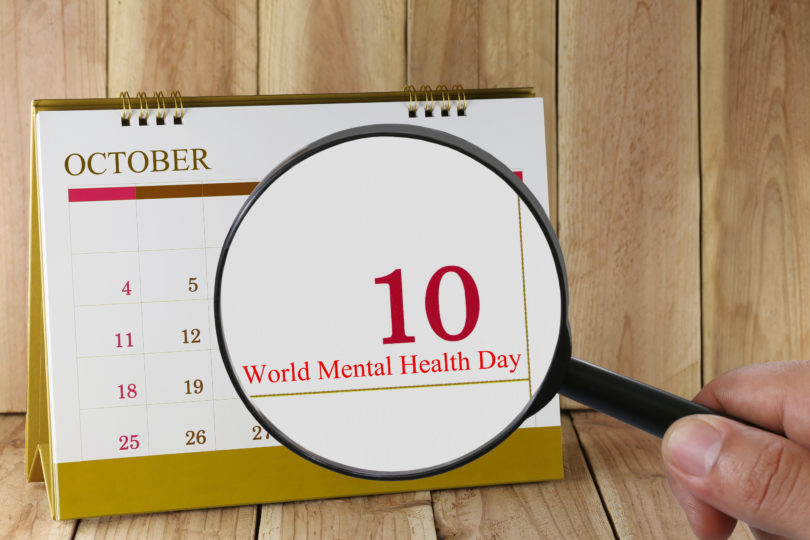 The stigma associated with mental illness prevents many people from seeking treatment, but it has a particularly negative impact on black Americans, according to Rosalyn Denise Campbell, an assistant professor in the University of Georgia’s School of Social Work. 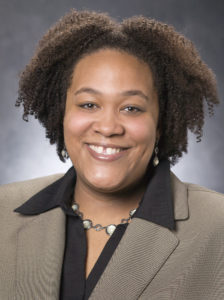 Campbell, who has published findings on this issue in the Journal of Ethnic and Cultural Diversity in Social Work, says more must be done to help black Americans challenge the stigma of mental illness and overcome the socio-cultural barriers to seeking mental health services.

Why is the stigma of depression and other mental illnesses particularly burdensome for black Americans?

Stigma around mental illness is not unique to black Americans. When I speak about stigma in black communities, I am not saying that stigma exists only there. No, all I am saying is that the stigma they experience is unique because it involves a history and an experience that is related to or rooted in their racial identity. Three factors explain this, one being specific to depression.

First, being a person of color, you are already part of group that is stigmatized. I could go and on about the injustices that black people experience on a daily basis just because of the color of their skin, but I think we can all agree that being black brings with it a set of experiences and challenges that those of “lighter” hues do not experience. Similarly, having a mental illness is stigmatized because people do not understand what it means to be mentally “ill” and instead turn to stereotypes or other sources of misinformation to build that knowledge. If you already have a stigmatized identity, you are not eager to adopt another. If people already see you as “less than,” it seems reasonable that you would not be in a hurry to give people another reason to see you in a poor light. This is true not only for the person who experiences the illness but for those who are in a relationship with them. People of color always have to be careful of “the company they keep” because we are often seen as collective and not as individuals. In other words, whenever something “bad” happens to one, it is seen as a reflection on all, so the social distancing that some black Americans engage in is to protect their already precarious position with some.

Second, many black Americans hold misperceptions or cling to myths based on limited information around issues of mental health. This is not willful ignorance. Black Americans and other people of color have been historically and systematically shut out of systems of health care. This means that they often do not get proper health information, and when health care is administered it often does not fit with their beliefs or conceptualizations of “illness” and “help.” Also, many times the treatment options offered are limited, dated, and do not account for the individual’s preferences. All of this leaves many to rely on their own understandings of what might be troubling a person and come up with their own remedies. Many black Americans, believe that both the causes and solutions for mental illnesses are rooted in personal shortcomings or spiritual turmoil. If this is your belief, seeking medical intervention is not among your options.

Thirdly, for many black Americans, depression is not seen as an illness; it is understood as a condition or a fact of life. Again, if you believe that something is not an illness, you will not seek a physician. Depression is seen more as a character flaw or a limitation in one’s ability to handle life. Coming from a culture that prides itself on strength and celebrates how their ancestors have overcome great atrocity and tragedy, being depressed at all and then not being able to bring yourself out of it is antithetical to what it means to be black.

Are there steps that health care providers and patients can take to help overcome the barriers presented by stigma?

Yes, there is so much that we as providers and patients can do. However, I want to focus on what we as providers can do because, given its history with black communities, the medical profession has a lot of work to do on its own before we can ask patients to trust us and our treatments. First, we can do more to understand instead of pathologize the health schemas and behaviors that people have adopted/adapted. Remember, we are talking about a people who had to care for themselves and take great pride in that. Not to mention the mistrust that has developed because of the abuses and harm caused to black Americans in the name of science and medicine. Also, many of the clinicians that black Americans see do not look like them, so there is a fear or doubt that the clinician will even be able to fully understand their experience. So, we have to understand that a black client can come to you with all of that, and we as providers must do more work to prove to black clients that their diagnoses and treatments can be trusted.

We must also be more understanding about why a client may not be ready to “accept” a diagnosis, especially if it speaks in opposition to who they are racially or culturally. And we must also drop language like “resistant” or “non-compliant” when clients challenge our medical opinions and approaches. This is an attitude of judgment. Instead, we must adopt a stance of curiosity and ask clients why some of recommendations are not followed or accepted. Part of doing this is adopting a willingness to give up our role of expert and value the information that clients are giving to us as crucial to who they are, which is crucial to what treatments may or may not work for them. Once we gain our black clients’ trust, they might be more willing to trust our medical knowledge. If they see that we have their best interest at heart and value them and their experiences by acknowledging and incorporating their personal and cultural knowledge into our understanding of their illness and our recommendations for treatment, providers and medicine will start to be seen as less of a “bad” thing.

You’ve made it a point to discuss your own experiences with mental illness. How do you see your own story contributing to the de-stigmatization of depression and other mental illnesses?

That’s a good question. You know, I made a promise to God a long time ago that if He helped me out of my depression, I would tell others how I made it out and then help them to get out. And telling others was not always easy. Again, you’re talking about a stigmatizing identity, being depressed or mentally ill, and I’ve already explained why admitting to a mental illness is hard for many black Americans. But I attended a lecture of someone who I respected in the field, an expert in stigma research, and he noted how he struggled with his own mental illness. Here was someone that everyone respected and sought out on many things mental health and he struggled, too. For me, that was better than any of his research. For me, his authority was in his lived experience. I wanted people to see me like that, too. I wanted people to say, “Wow, not only does she study this stuff, but she lives it out, too.” What better way to tell someone that mentally ill people are intelligent and capable and successful than by showing them? How better to strip the stigma away than by being a living example that speaks against everything you think about someone who is mentally ill? That’s what I want to do for black people, well, all people really. I want them to see that here is someone who is what you thought a person with mental illness couldn’t be. So, I embrace all of who I am, and I experience all of who I am, and I show all of who I am so that others will, too, thereby enabling more people to see all of who we are as “the mentally ill.”

How can World Mental Health Day help address some of these concerns?

Simply having a “day” says to people that “Hey, this is important.” Sure, they seem to have a day about everything now, but when you have efforts by organizations as large as the World Health Organization to efforts as “small” as this interview, when you have people from all over and in all spaces prioritizing such an issue, it at least makes people pause to think “Hmmm, why are so many people talking about this?”

Rosalyn Denise Campbell’s research and teaching interests include racial/ethnic and gender disparities in mental health, behavioral health services and service use among members of underserved populations.