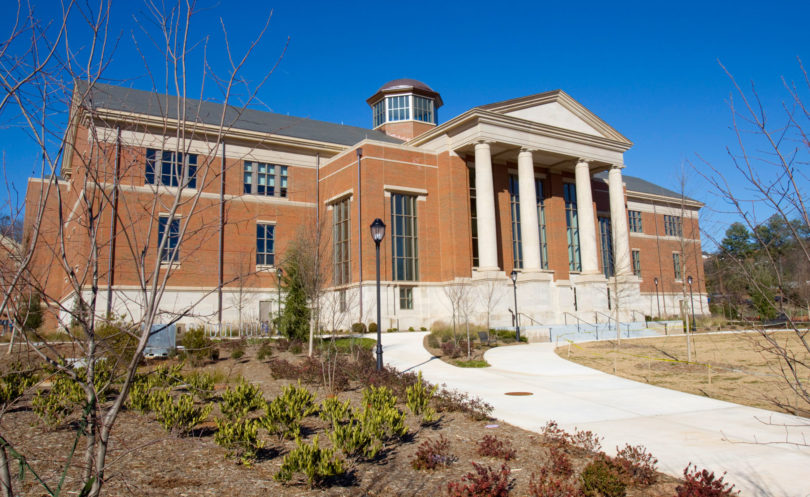 The Georgia Writers Hall of Fame

Georgia’s storied and deep literary history will be on display at the Georgia Writers Hall of Fame’s first exhibit in its new home at the Richard B. Russell Building Special Collections Libraries. To commemorate the opening, a public event will be held Sept. 27.

The program marks a new era for the Georgia Writers Hall of Fame as it continues to add to its historical collection of authors’ papers, rare editions of their work and memorabilia.

Attendees are invited to a light breakfast, a short video presentation about the Hall of Fame, librarian-led tours of the new exhibit and the company of current members Coleman Barks, David Bottoms, Judith Ortiz Cofer, Terry Kay and Philip Lee Williams. The authors also will participate in a writer’s literary “salon,” discussing Georgia’s literary scene and legendary authors, what it means to be part of the Georgia Writers Hall of Fame and other related
topics.

The salon will begin at 10 a.m. in Room 285, followed by the exhibit opening and tour at 11:15 a.m. in the Hargrett Rare Book and Manuscript Library Gallery. The informal breakfast will be served prior to the salon.

The event marks a milestone for the organization as it moves into a new facility, according to William Potter, university librarian and associate provost.

“Our location in the university’s new Richard B. Russell Building Special Collections Libraries raises our profile on campus and gives us more opportunities to showcase our state’s exceptional literary heritage,” he said.

In conjunction with the celebration of the Hall of Fame’s new home, the fall issue of  The Georgia Review, the university’s journal of arts and letters, will focus exclusively on the Hall of Fame.

“The fall issue is . . . quite unlike . . . anything I’ve been involved in during my 29-plus years with the journal, and I dare say during the whole run of the Review since 1947,” said editor Stephen Corey. “Never before has The Georgia Review offered a single issue with such a diverse array of talents and perspectives and such a wealth of historical treasures.”

The issue includes a range of authors that reflect the diversity of the Hall’s members: from Augustus Baldwin Longstreet, whose Georgia Scenes, Characters, Incidents, &c. in the First Half of the Century of the Republic was published in 1835, to Natasha Trethewey—Pulitzer Prize-winner, current poet laureate of the U.S. and UGA alumna, whose latest book, Thrall, was just released. It offers works from such well-known Georgia figures as Sidney Lanier, Joel Chandler Harris, W.E.B. Du Bois, Ralph McGill, Lillian Smith, Jimmy Carter and Alice Walker as well as from others who will perhaps be new to many readers: Elias Boudinot, Georgia Douglas Johnson, John Oliver Killens, Byron Herbert Reece, Robert Burch and John Stone. For the first time ever,  the visual art feature is spread over four separate folios, offering color images from archival editions of works by Elias Boudinot, Joel Chandler Harris, Erskine Caldwell, Frank Yerby, Raymond Andrews, Walter White and  others.

To subscribe to or purchase single copies of The Georgia -Review, call 706-542-3481 or visit www.thegeorgiareview.com.