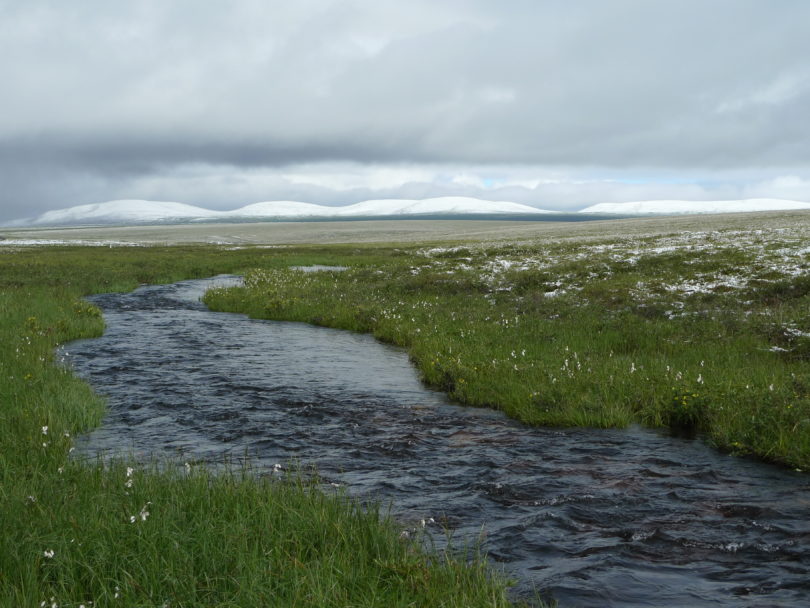 As global temperatures rise, streams are becoming less capable of storing carbon and are instead releasing greater amounts of carbon dioxide into the atmosphere, according to new research led by a University of Georgia ecologist.

The paper, published recently in Nature Geoscience, presents a model designed to predict how rising temperatures will affect streams and their abilities to absorb or emit carbon dioxide.

“Recently people have started to realize the carbon flux out of the streams is an important source of that feedback loop,” said Chao Song, a 2018 Ph.D. graduate of UGA’s Odum School of Ecology who is now at Michigan State University. “Our study seeks to seal this knowledge gap, to understand how carbon from streams actually plays a role in this self-reinforcing cycle between warming and carbon dioxide being released.”

Song and his colleagues created a model based on data collected from 69 stream sites in six very different habitats, from arctic tundra to tropical forest. They used measures of light intensity, water temperature and daily fluctuations of the amounts of oxygen dissolved into the streamwater to determine how sensitive to temperature the processes of primary production and respiration were for each stream.

Primary production occurs as the aquatic plants and algae use sunlight and carbon dioxide from the atmosphere to produce carbon-based food for themselves, forming the base of the food web in streams. As they then use that food for energy, carbon dioxide is released in a process known as respiration. How much these two processes change in response to shifts in temperature determine their temperature sensitivity.

Once the model was parameterized using data from the 69 streams studied, Song ran simulations to assess to what extent carbon dioxide would travel in each direction—into and out of the atmosphere—as the water warmed by 1 degree Celsius.

The results suggest that as temperatures rise, the amount of carbon dioxide released into the atmosphere globally by freshwater streams will increase disproportionately to the amount taken in from the atmosphere.

“Chao had the idea to look at this primary productivity-respiration comparison, and that was sort of the key idea or insight that allowed him to uncover this pattern initially,” said senior author Ford Ballantyne IV, an associate professor in the Odum School of Ecology. “Just him having that one good idea at that one point really opened up a whole new world of possibilities.”

Future research may probe into the mechanics of why some streams are more sensitive than others, or include other factors, such as increased nutrient loads, that may affect stream processes and that are common in human-managed lands and streams.

Knowing how temperature changes in streams can affect the amount of carbon dioxide in the air we breathe may be crucial to understanding how our planet will change as temperatures continue to rise.

“Carbon is the basis for life and this work predicts fundamental changes in carbon availability with higher stream temperatures,” said Amy Rosemond, a professor in the Odum School and one of the study’s co-authors. “Application of these findings will ultimately depend on how people value and support the management of freshwater ecosystems for future use and enjoyment.”

The study was funded by the National Science Foundation as part of the Scale, Consumers and Lotic Ecosystem Rates project.

A commentary by Jim Heffernan accompanied the paper in the online edition of Nature Geoscience. It can be found at https://www.nature.com/articles/s41561-018-0148-y.