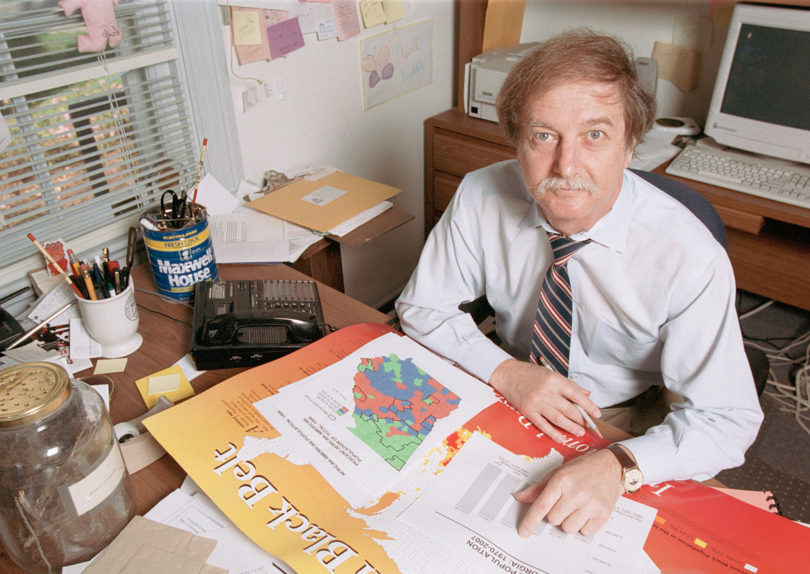 2010 census a vital tool for government and business, prof says

“It’s really important for the health of the community,” he said. “For example, EMTs need to know if there’s a neighborhood of older adults who may need ambulance service. They need to plan their routes based on that information. And the census is how they do it.”

Conducted every 10 years, the U.S. Census measures basic population characteristics such as age, ethnicity, racial makeup, household income and gender. Every household should receive a census form the week of March 15, according the U.S. Census Bureau, which asks citizens to complete and return their forms by April.

“The census as we commonly know it is mandated in the Constitution,” Bachtel said. “The reason we do it is that we’re not a democracy. We’re a republic. In a true democracy, everybody’s involved, but we have a representative form of government where we elect leaders to do the people’s business. Under a republic, you’ve got to find out how many leaders there are, so you’ve got to find out how many people there are.”

The census today
That’s not all it’s used for. The 10-question census form provides information the government uses to help designate funding to communities and design effective public policies.

But perhaps more than government use, census data allows businesses to see what segments of communities are growing and shrinking, allowing them to better understand consumers.

“The Census Bureau is part of the Department of Commerce. The data is used extensively by businesses and the healthcare industry. It’s used for marketing purposes and to understand the consumer and those types of issues,” Bachtel said. “You can get information on people’s age, race, gender, income, education, household size, but as far as their buying habits or their sex life—that’s not a Census Bureau question.”

The idea that the U.S. government uses the data to spy on citizens or carelessly reprints personal information is wrong, he said.

“The Census Bureau bends over backwards to protect your information. For example, you could find out how to build a nuclear bomb easier than you could find a resident’s Social Security number from the Census Bureau,” he said. “It’s very difficult to get individual information from the census. The Census Bureau has all these safeguards built into it. They’re really concerned about that because they don’t want people to be afraid of filling out the census. I’ve worked with a lot of census workers, and they’re paranoid about that.”

Beyond the data
The census numbers alone, however, do not provide enough detail to design effective public policies. Information about commuting habits and illegal immigrants—issues that are important for government and industry leaders to understand in order to serve their community—isn’t  included, Bachtel said.

“If you look at the UGA Fact Book, you find that we have 34,000 and some odd students, and that two-thirds of them come from just a few counties in metro Atlanta. So as a result, UGA is a big commuter school. Because of the proximity of Atlanta, there’s a whole bunch of students who commute or live here for three or four days and go home on the weekends,” he said. “If you are commuting, mom and dad are buying groceries and you’re bringing them back in your car. So what you’re buying at the store here is probably beer and pizza. And you’re probably not buying your sweaters and pants at the downtown clothing stores in Athens; you’re buying them in Buckhead. So this is very important for businesses to understand. You have to look beyond the numbers, and that’s difficult to do.”

In fact, the census recently altered the way it accounts for people with temporary living situations, like college students or soldiers serving on bases.

“In the 1960s, the Census Bureau changed how they counted college students. It used to be that you were counted where your parents were. But then they changed that. And that’s important because even if you’re going to school, you usually have a bigger impact on the community where you’re going to school than on the community where your parents live,” Bachtel said.

But while the census is data rich, it doesn’t tell the whole story of any community or that nation on its own. Most of the good that can come from the census happens when its data is combined with data from other places, he added.

“There are actually a significant number of federal and state agencies that collect information. One of the real good purveyors of information are the school boards. Schools are required to put down the racial and ethnic makeup of their schools, and that information is really good,” Bachtel said. “It’s good for the Hispanic population. It’s important to remember that many, many Hispanic people are not here illegally. But the ones who are here illegally come to make a better life for themselves and their children. As a result, they’re going to put their children into schools. So you take the number of Hispanic people from the census, and you take it from the school boards, and you take data from the vital statistics department, which takes care of births and deaths, and you take some crime data, and you put these diverse data points together. And that’s what gives you a better picture of the community.”