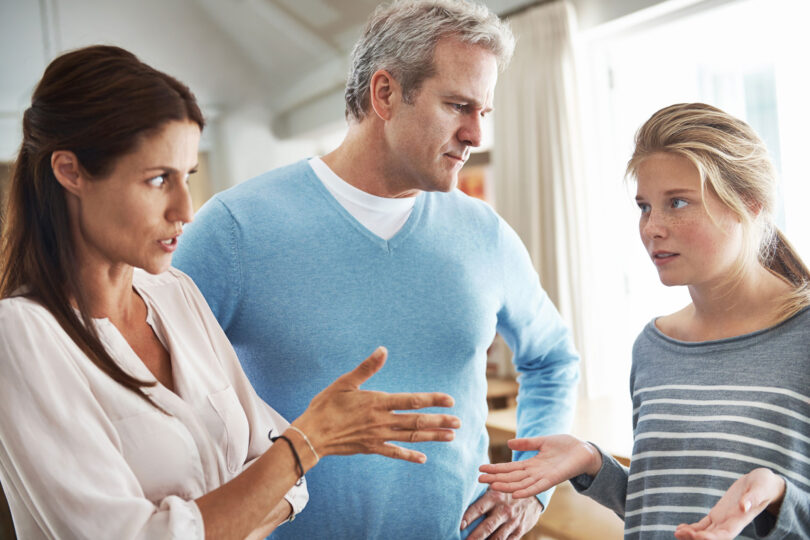 New research from UGA's College of Family and Consumer Sciences suggests that children whose parents are overly strict may act out in their teens. (Getty Images)

The next time you’re yelling at your defiant teen, you might consider that you may be doing more harm than good, according to new research from the University of Georgia.

UGA researchers wanted to see how parents’ behavior during moments of conflict affected their children’s ability to cope with stress and problem solve in the future. Led by Assaf Oshri, the study shows that there is no one size fits all approach to parenting during times of conflict, which will come as no surprise to most parents. But for parents with children who become agitated and stressed during confrontations, being strict may actually backfire, making the child more likely to act out in the future.

“For some children, strict parenting will work,” said Oshri, an associate professor in UGA’s College of Family and Consumer Sciences and the director of the college’s Youth Development Institute. “I know I have a child who will go straight back to doing the right thing when my wife raises her voice. The other one, though, will blow up.”

Turns out that difference in how a given child reacts may matter in the long run.

The parents in the project practiced what the researchers called firm parenting. Firm parents are stricter. They don’t smile as often. They insist on things being done exactly the way they ask. And they’re quick to punish misbehavior.

In certain environments where there is violence, gangs or other dangerous situations, that strictness may be helpful at keeping children out of immediately life-threatening situations.

But for children who become stressed during tense interactions with their parents, that firmness also potentially sets them up for problem behavior later down the road. At home, children have well-defined boundaries set by their parents, dictating what they should do and how they should do it. As children reach adolescence, though, and become more independent, many haven’t learned to self-regulate their emotions and make good decisions on their own. 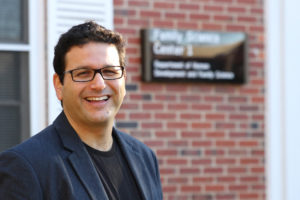 To gauge reactivity, Oshri and his team provided parents with topics that previously caused disagreement. As parent and child spoke, the researchers measured both the parent’s and the child’s respiratory sinus arrhythmia, the naturally occurring variation in heart rate that occurs during the breathing cycle, a psychobiological marker of self-regulation. The team also measured the child’s galvanic skin response, which is the increased sweat production during times of stress. (Galvanic skin response is most widely known for its use in lie detector tests, tracking nearly imperceptible changes in skin conductivity due to emotional distress.) Increases in both of these biological measures indicate increased stress.

The researchers then followed up with the parents a year later to see how their children’s behavior had progressed and found a link between firm parenting and the likelihood of acting out.

“When you ask yourself how should I behave as a parent, don’t expect to get an answer that will fit everybody,” Oshri said. “Everybody wants to be the optimal parent, including myself. But the answer of how to do that is complex. It not only depends on the environment you’re in; it also depends on the child’s own biological makeup and what we call reactivity to stress.”

Although there isn’t a blanket way to be the perfect parent, knowing their child reacts poorly to stressed interactions can give parents insight into how to more effectively talk to the child. For highly reactive children, for example, parents should try to avoid yelling or threatening their child with punishment.

“Knowing what’s good for children, what type of parenting will help resilience and promote positive development in youth, is important,” Oshri said. “We need to try to fit our parenting style to the environment we’re in and the biology of the child.”

The study, “Firm parenting and youth adjustment: Stress reactivity and dyadic synchrony of respiratory sinus arrhythmia,” was published in the journal Developmental Psychobiology’s special issue on  Advances and New Approaches to the Study of Stress, Early Experiences and Developmental Science. Co-authors include Sihong Liu, from the University of Oregon, and Landry G. Huffman and Kalsea J. Koss, from the University of Georgia.