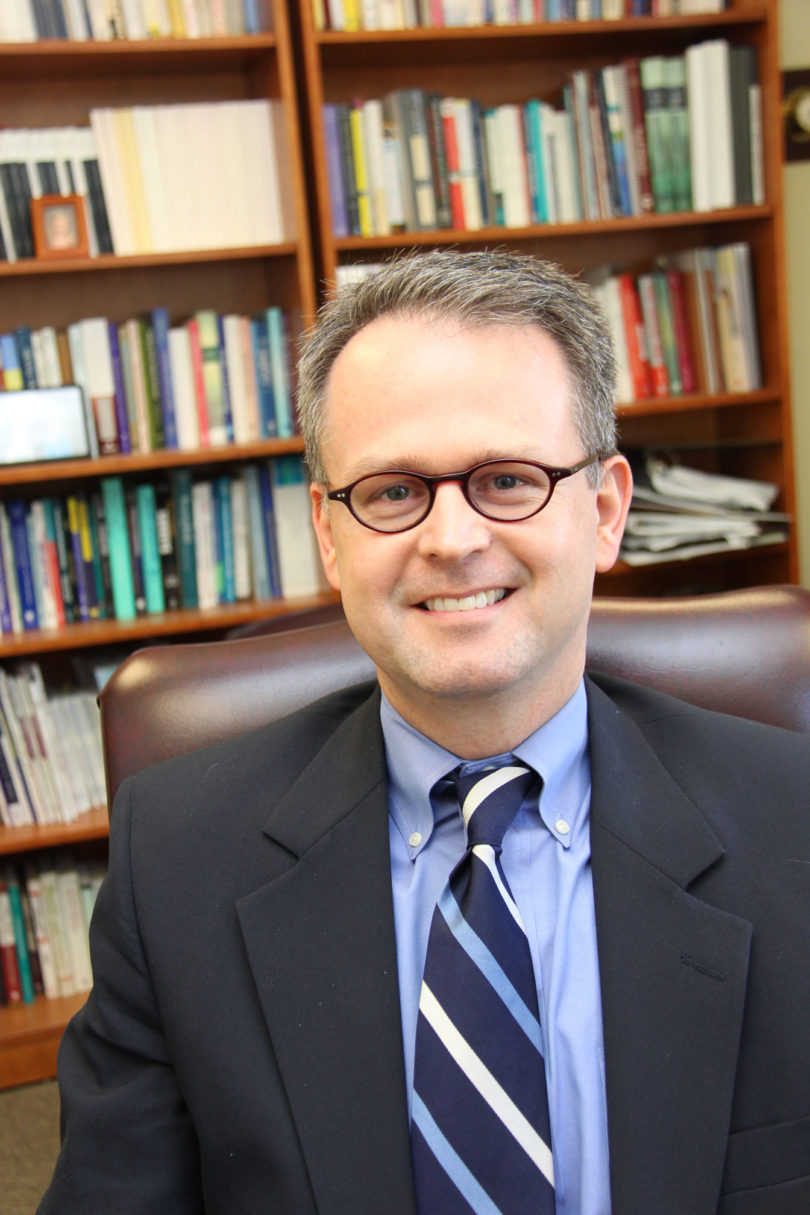 Neale Chumbler is a UGA professor and head of the department of health policy and management in the College of Public Health.

Athens, Ga. – Age has little to do with how patients should be treated after suffering a stroke, according to new research from the University of Georgia.

Historically, younger stroke victims receive different after-stroke intervention strategies than those over a certain age. However, Neale Chumbler, a UGA professor and head of the department of health policy and management in the College of Public Health, found patients responded equally to care efforts.

Looking at 127 Veterans Affairs medical centers and a sample of 3,196 patients treated for ischemic strokes, or strokes caused by blood clots, Chumbler studied patient response to care quality as outpatients and if the response changed based on age. To determine risk, he looked at depression symptoms, responses to blood thinning medications and average blood pressure, blood sugar and cholesterol levels over a period of six months after patients were released from the hospital following a stroke.

He found little difference in health quality across the patients regardless of age. The results of the study were published in the April issue of the Journal of Rehabilitation Research and Development.

“It is an integrated system with electronic medical records, which makes it a perfect laboratory for quality improvement research,” he said.

According to the National Institutes of Health, two-thirds of all strokes occur in patients over the age of 65. Blood pressure goals typically are lower for stroke patients under age 64 when compared to those 75 to 84. Chumbler’s research suggests after-stroke care, like blood pressure management, be applied across all age groups.

While the study looked primarily at men (97 percent) who had an average age of 67, Chumbler said the results are widely applicable to women as well as patients of all ages.

“Anyone who has a stroke should have these risk factors monitored when they are sent home and when they come back for follow-up appointments,” he said. “Traditionally, preventative care has not been as aggressive for older patients. This research shows it is just as important for people in their 80s as it is for those in their 50s.”

Treatment for depression, one risk factor associated with stroke, was higher among patients younger than 55.

“Post-stroke depression is very common; 35 to 40 percent of all individuals are at risk for developing severe clinical depression after stroke, so it is very important to monitor prevention strategies for stroke survivors,” Chumbler said.

Even though older patients derive as much, if not more, from stroke prevention treatments, previous research suggests older patients are less likely to receive interventions than younger patients. Chumbler’s findings suggest they have just as much to gain.

“Stroke management should be guided by the best clinical evidence and guidelines irrespective of age,” he said in the Journal of Rehabilitation Research and Development article.

The full journal article is available at http://www.rehab.research.va.gov/jour/2013/502/chumbler502.html.