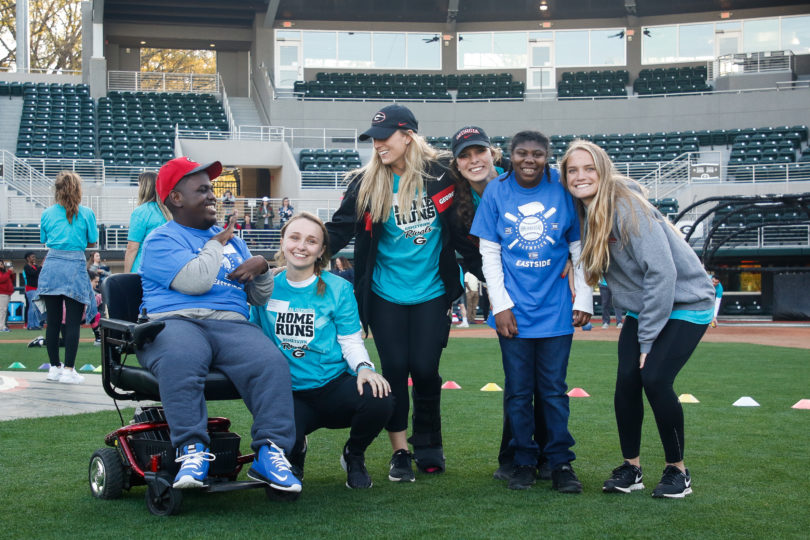 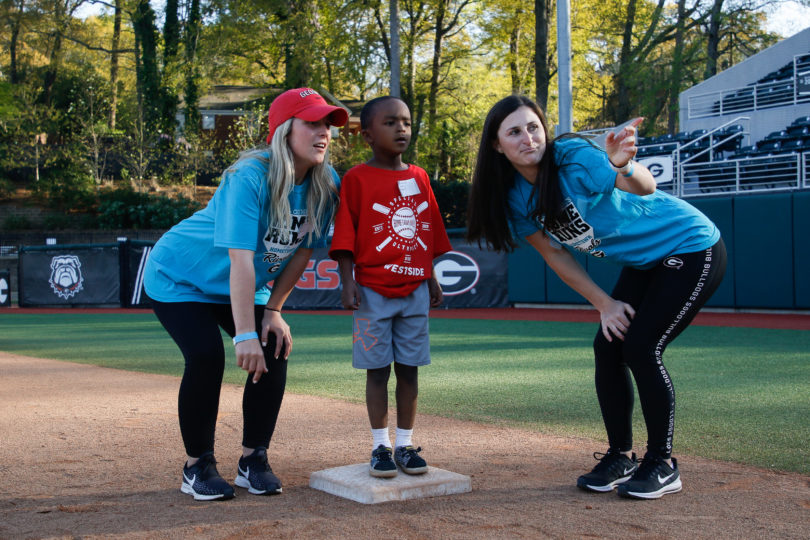 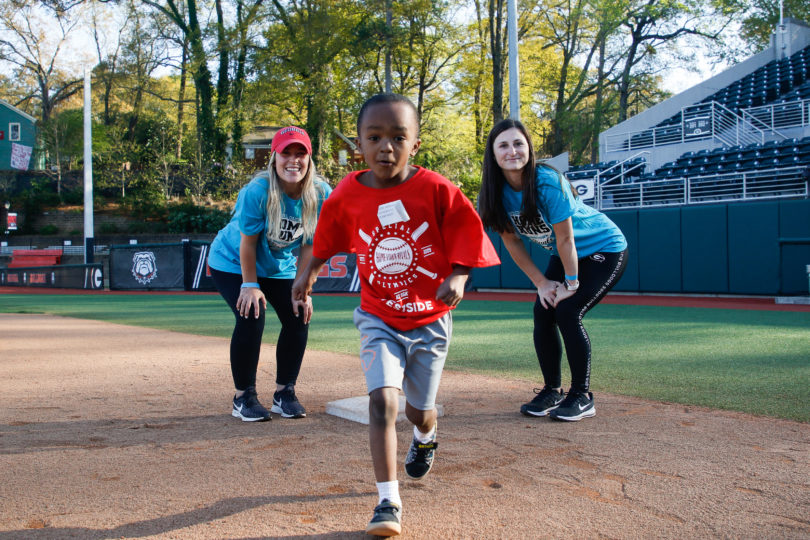 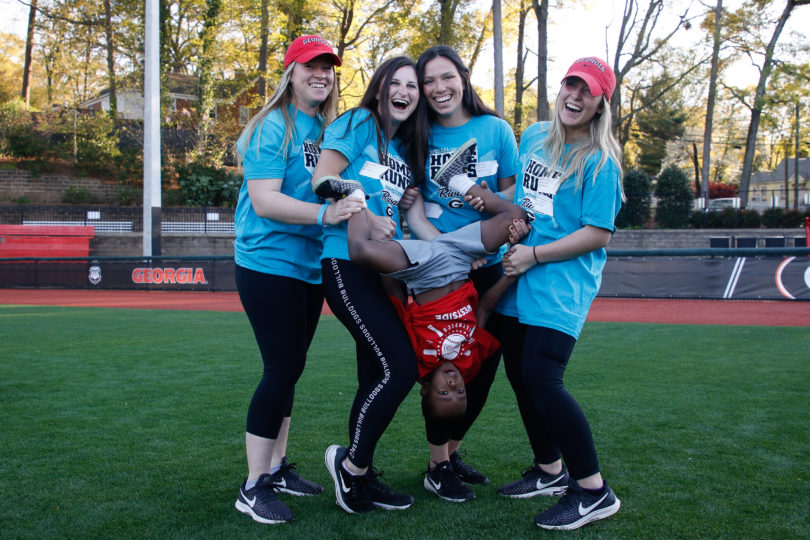 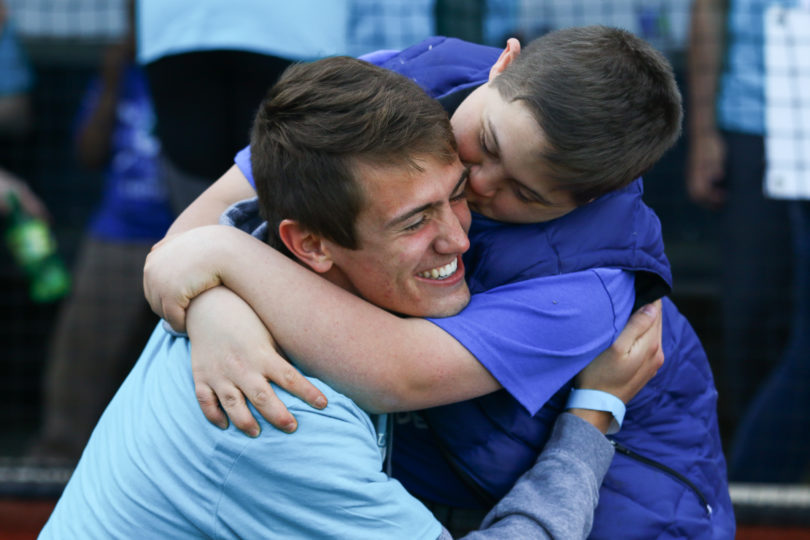 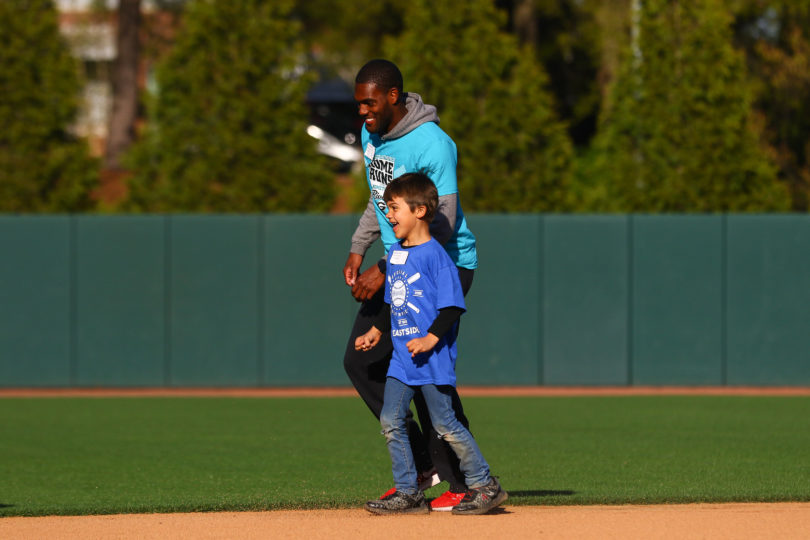 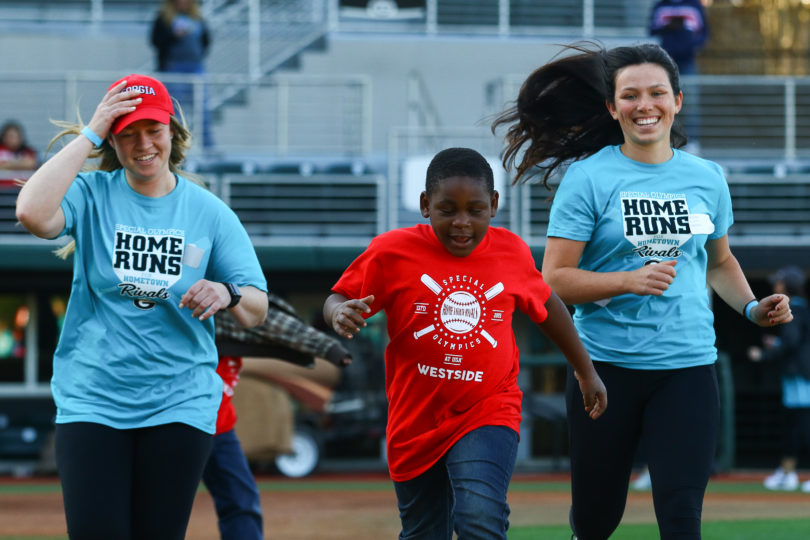 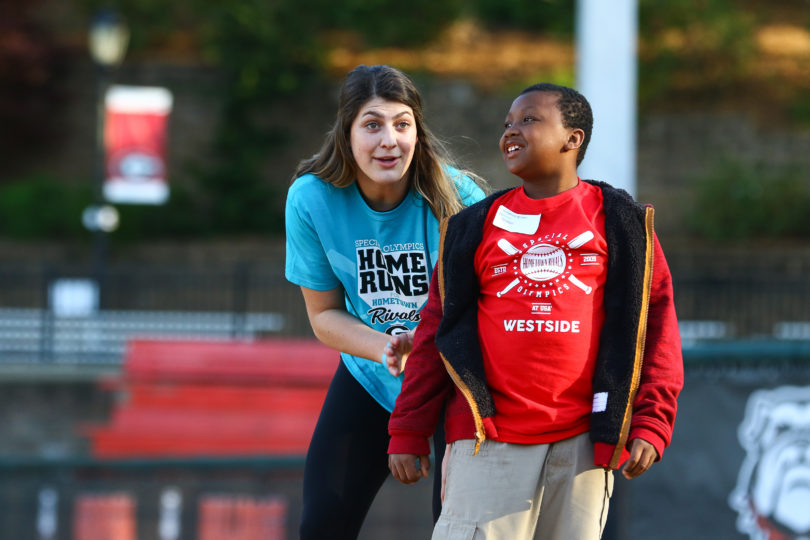 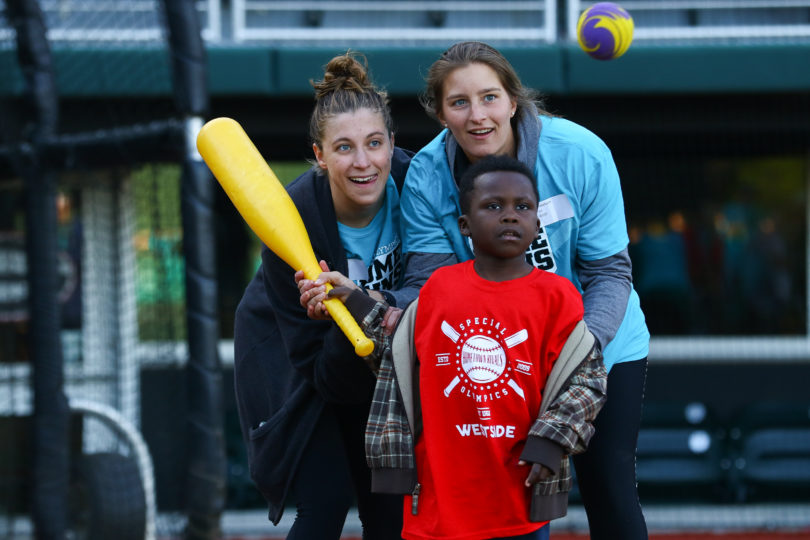 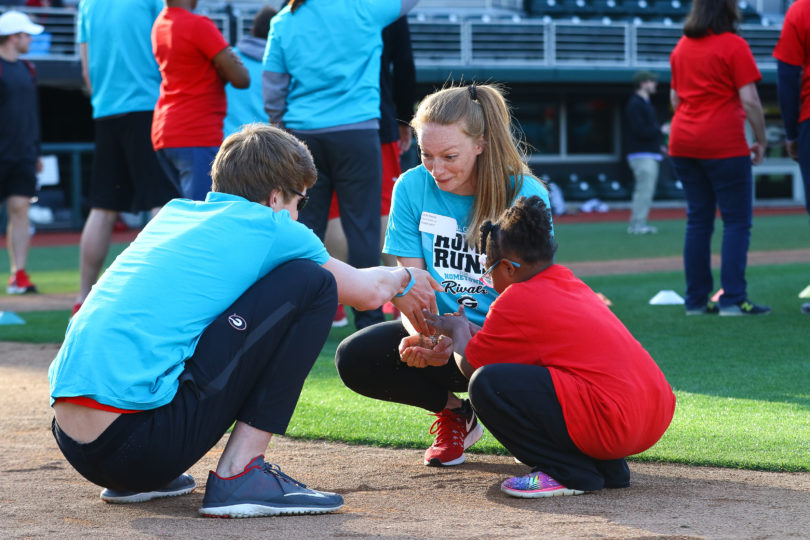 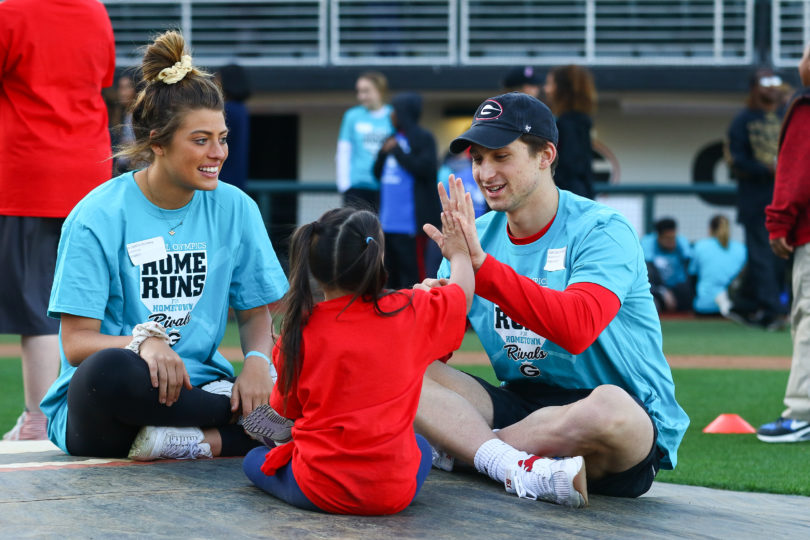 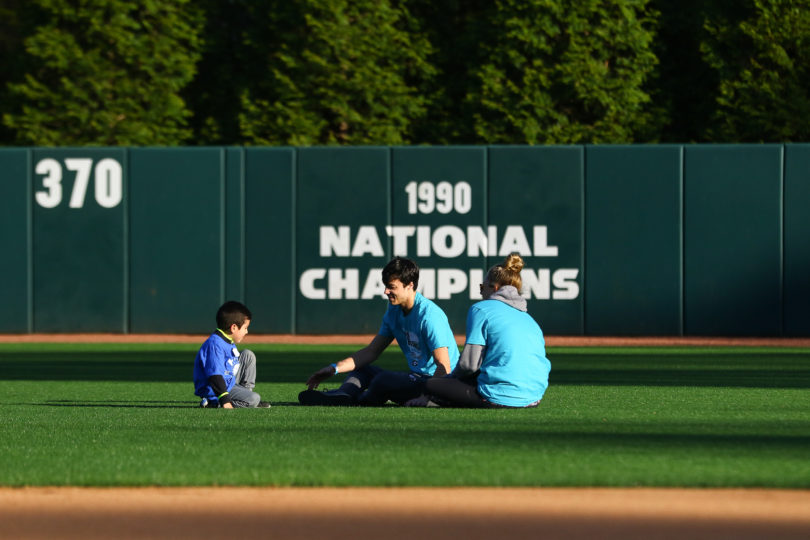 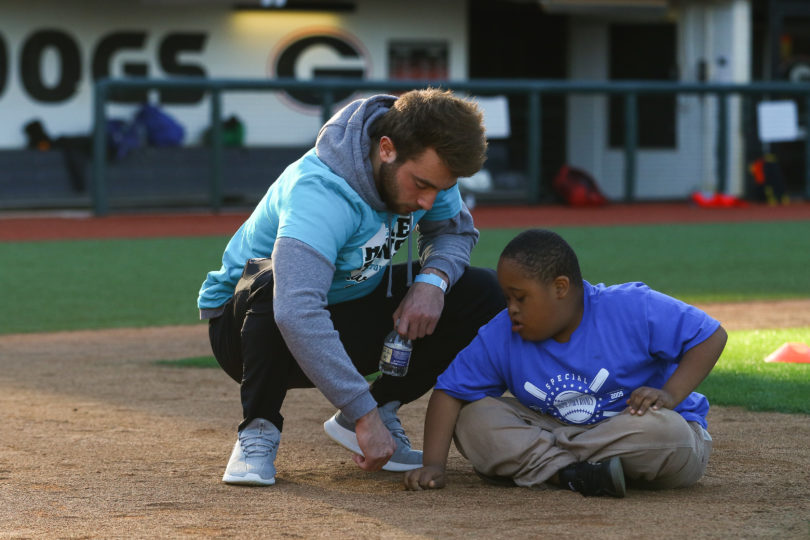 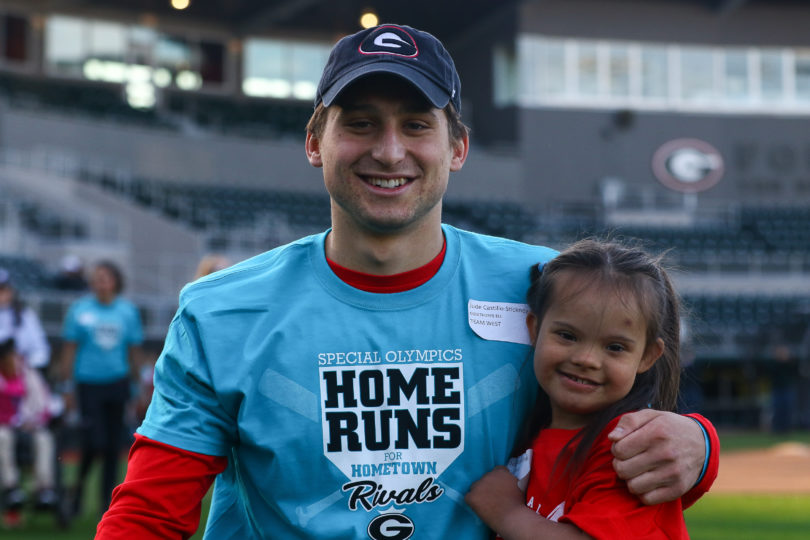 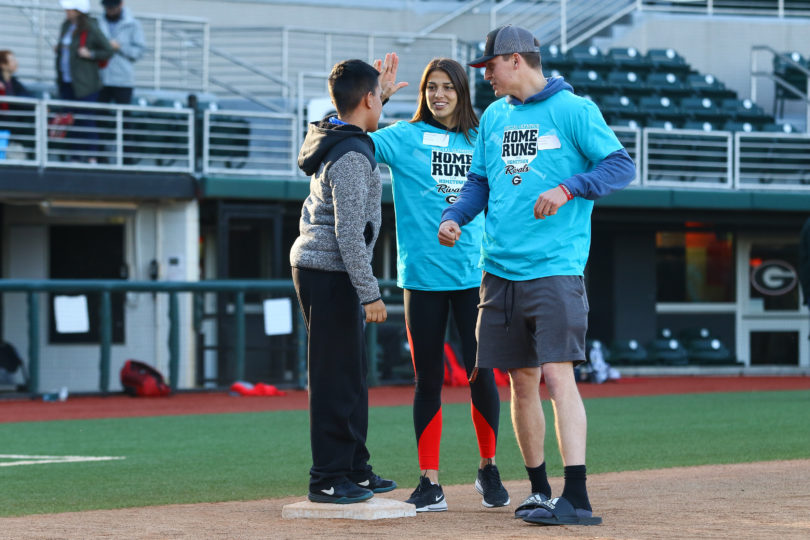 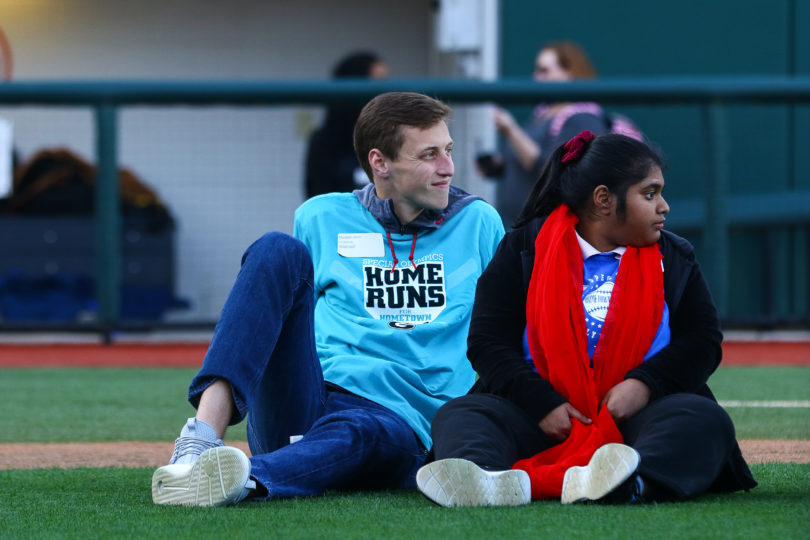 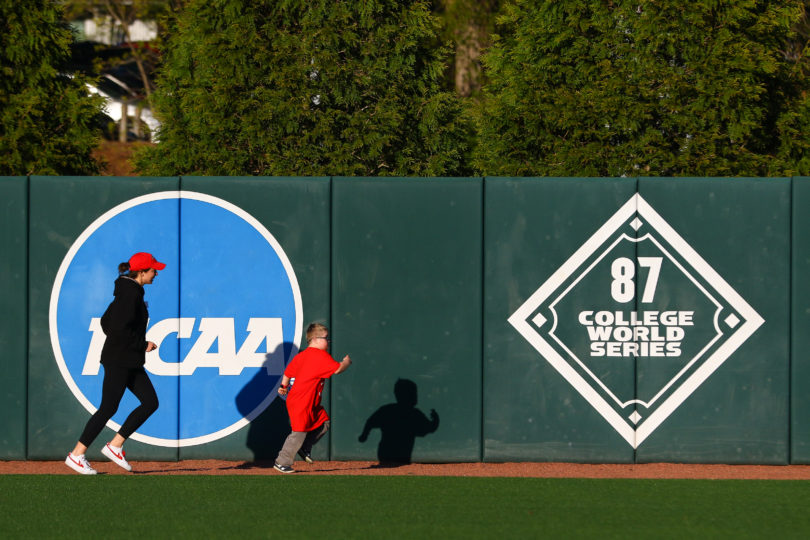 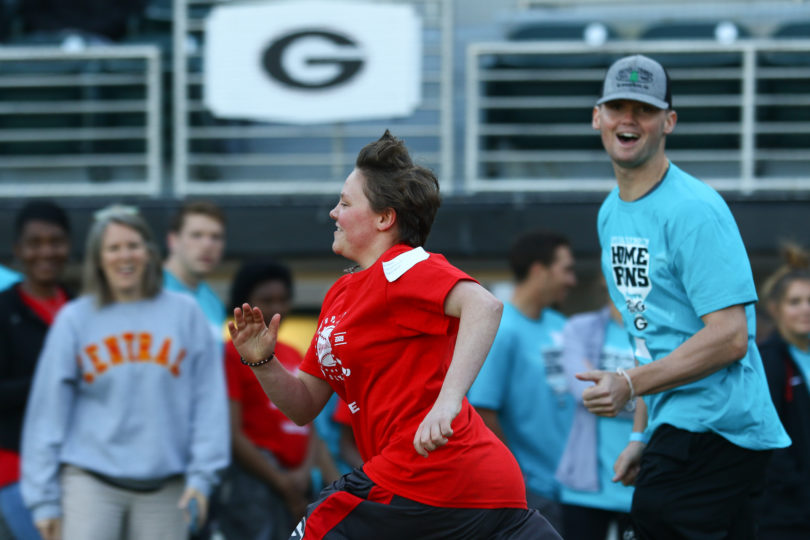 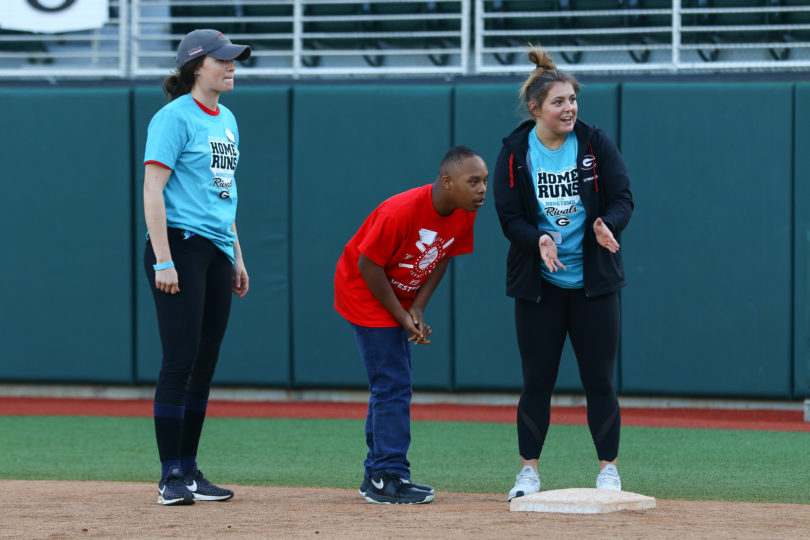 University of Georgia student-athletes teamed up with Special Olympics athletes from Athens-Clarke County for the 10th annual Hometown Rivals baseball game on April 1.

Running back D’Andre Swift took the mound to throw out the first pitch of the game at Foley Field. Swift joined a group of more than 100 Georgia athletes from different sports that signed on as volunteers.

“This just means everything to me, any chance I can get to give back in any kind of way,” said Swift. “I mean throwing the first pitch and them coming to me to do it, I would do it any day of the week. I’m just so happy to be out here with these kids.”

“It’s our biggest turnout and volunteer opportunity of the year, so we love getting a ton of people out here,” said Pelham. “Year-to-year, you really get close with some of the kids throughout the evening, and that’s a lot of fun. It’s special, and it certainly holds a lot of value coming into this event each year.”

Prom in the fall and the baseball game in the spring are Special Olympics at UGA’s two biggest fundraisers of the year. From the dance floor to the ballpark, Georgia’s student-athletes are always learning some moves from the Special Olympics athletes.

Georgia baseball’s Aaron Schunk danced with the Special Olympics kids at prom and returned for the second event at his own home field.

More than 65 Special Olympics athletes from the Athens-Clarke County school system participated in the game. The 10th annual Hometown Rivals baseball game raised more than $7,000, which will go directly to funding the athletes’ costs of participation in the Georgia Summer and Winter Games.

“It’s just so exciting to see the kids and the pure joy,” said volleyball’s Caroline Ostman. “I remember my first year doing it, one of the football players had to carry one of the kids, and they made it to home plate, and everyone went crazy. It was just super exciting and fun, and the kid was just so ecstatic.”