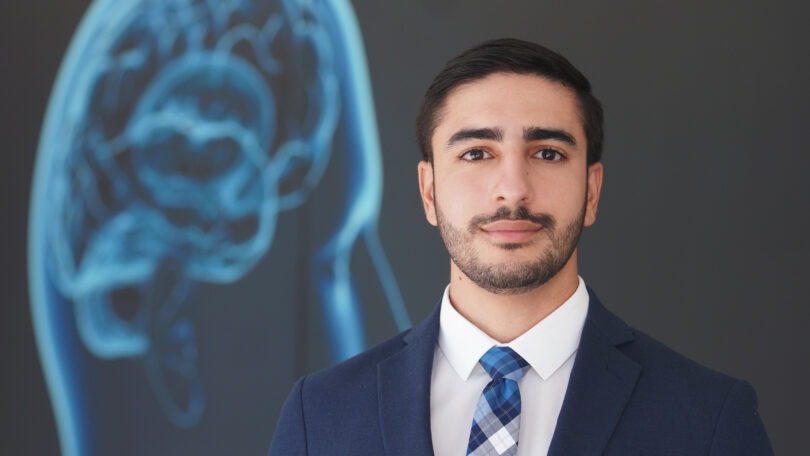 Rouhani founded ExonScientific, a 3D design company, with the goal of helping scientists better communicate their research through scientific art and design

When the COVID-19 pandemic hit, University of Georgia student Daniel Rouhani had to reimagine his research so he could continue his work as a CURO Summer Fellow. Then something struck him. “Recent discoveries in COVID-19 were emerging, and I noticed the lack of accurate visualizations available to explain the complexities of the disease,” he said.

Following that intuition, Rouhani taught himself how to 3D model and visualize COVID-19 proteins the summer after his freshman year.

The image he created became one of the most internationally referenced visualizations of the SARS-CoV-2 nucleocapsid protein. It was the top image on Google images and was referenced in Forbes Magazine. Soon, scientists throughout the academic community contacted him to create visuals for their own research. 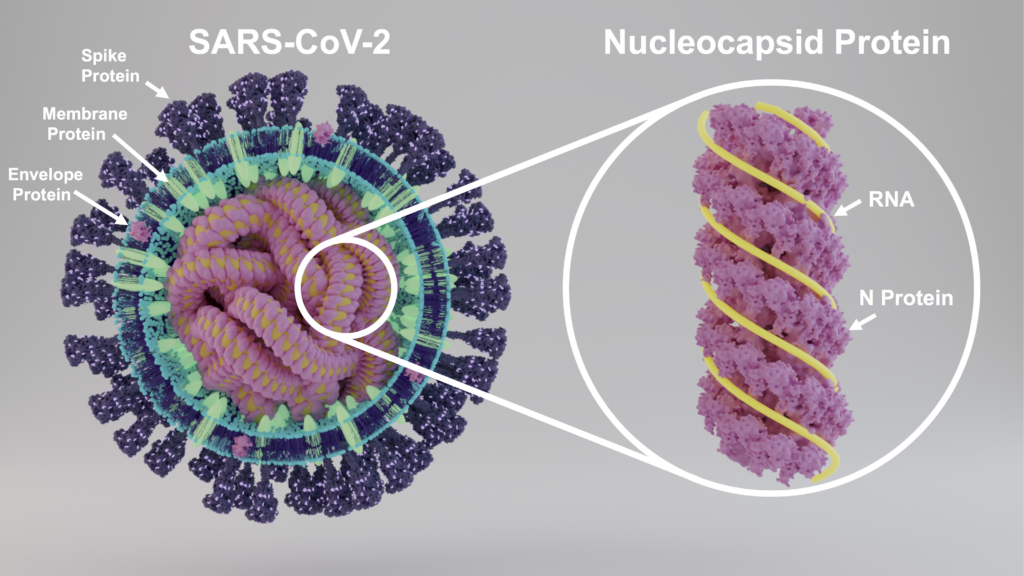 “I was shocked by the impact I was able to make with one image,” said Rouhani. “At such a critical period in science and medicine, I was able to do my part to make a change in how COVID-19 was being seen.”

Rouhani, who is majoring in genetics, began studying at UGA when he was a senior in high school, working in the laboratory of Janet Westpheling, a professor in the UGA genetics department.

“The idea of translating a protein structure into beautiful pictures was truly visionary,” said Westpheling.

The positive response to Rouhani’s images inspired him to found ExonScientific, a 3D design company. His goal is to give scientists the ability to better communicate their research through scientific art and design.

He turned to the UGA Center for Entrepreneurship for guidance and participated in the Idea Accelerator Program, an eight-week course that provides students with access to successful entrepreneurs, advisors and investors to mentor them through customer discovery, strategic planning, generating revenue and developing key contacts. 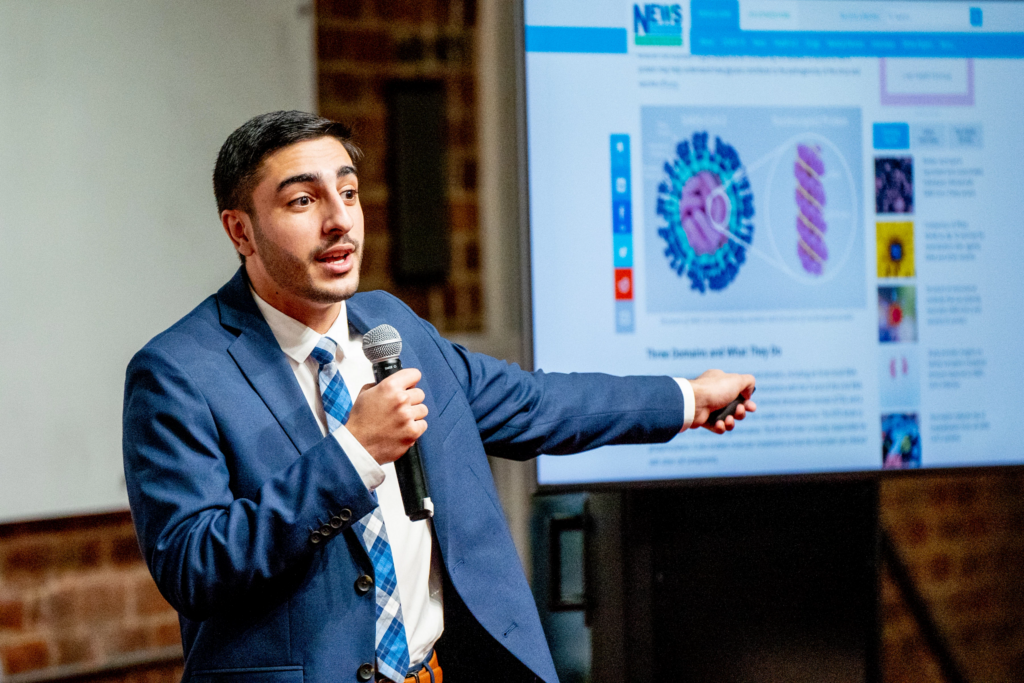 “It was an incredible experience to be a part of a cohort of students and faculty all involved in bringing products to market,” said Rouhani.

Since starting his own company, Rouhani has collaborated with over 30 academic institutions including the NIH. He has images published in more than 50 scientific news articles and on the front cover of 10 peer reviewed scientific journals. 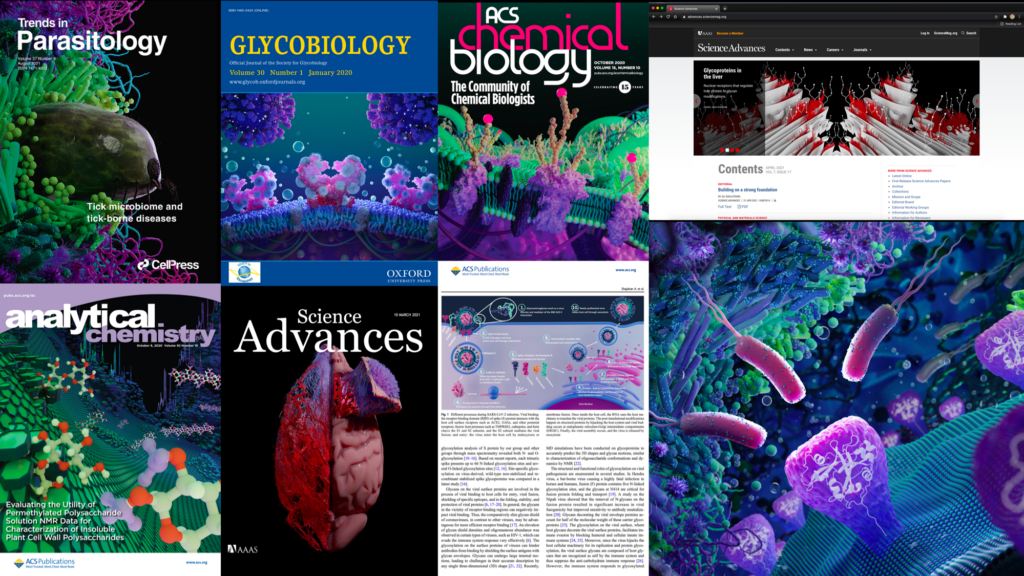 Rouhani’s art has been published on the covers of scientific journals.

Ultimately, Rouhani would like to go to medical school to become a surgeon. Last summer, he interned with a team of plastic and reconstructive surgeons on a clinical trial studying adhesive wound dressings. The internship resulted in Rouhani being the lead author on an upcoming research paper.

“Research is the first step in improving the standard of health care and medicine,” said Rouhani. “Improving health care starts at the ground level and studying the problems in our system is how we can create change.”

In his spare time, Rouhani likes to play music, paint and give back to his community. He volunteers as the administrative co-coordinator of the Clarkston Community Health Center Vision Clinic, which serves the uninsured and underserved residents of Clarkston, Georgia.

“Clarkston is known as the most diverse square mile in the United States,” Rouhani said. “As home to thousands of refugees who were relocated as a result of the many global conflicts, Clarkston is very close to my heart as my father and grandmother were also refugees, escaping Iran because of the revolution.”

Growing up in Athens, Rouhani said he didn’t realize the value of living so close to a university. “Now, I can’t imagine myself anywhere else,” he said.

After graduation, Rouhani plans to take a gap year to continue his clinical research and his work with ExonScientific before attending medical school.