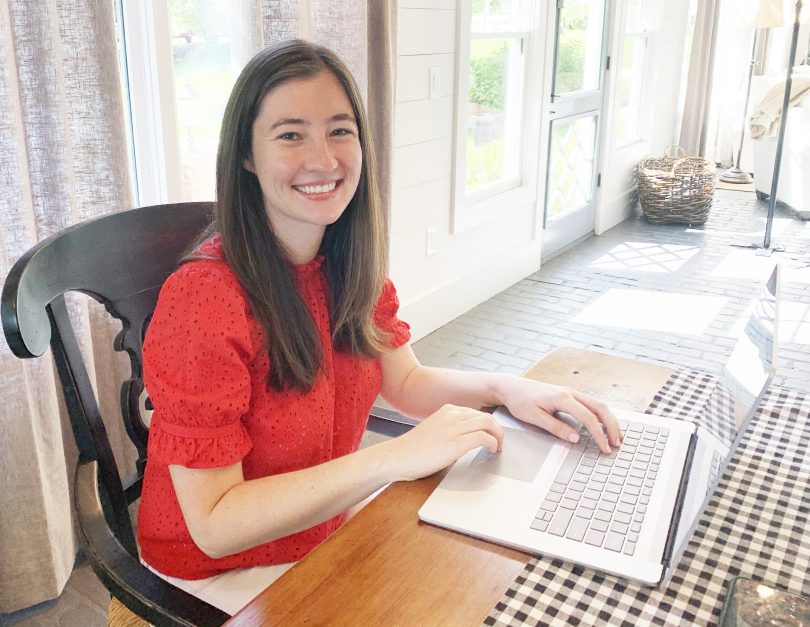 Her experience growing up on a farm complemented her social work education.

The recent graduate from the University of Georgia’s School of Social Work grew up on a small farm her grandfather operated in North Georgia. She initially thought she had left that life behind, but a project in the final year of her master’s degree program ultimately would marry them together.

According to the Centers for Disease Control and Prevention, farmers in the U.S. have one of the highest rates of suicide for any vocational group. This sobering statistic is the primary driver behind a recently launched initiative between the School of Social Work and the American Farm Bureau Federation aimed at facilitating greater use of mental health resources for farmers and ranchers.

As someone who had witnessed firsthand the impact of the day-to-day stresses a farmer would face, Smith was uniquely qualified to take the lead on the project.

“I know what’s it like to be woken up at 2 a.m. because the fence is broken, and the cows have gotten out,” said Smith. “When I think about the people I’m trying to serve, I think about my grandfather and how important it is to connect with people about mental health.”

As part of the Farm Bureau’s Farm State of Mind campaign, Smith collaborated with Ray Atkinson, the director of strategic communications at the national organization, on the development of the first comprehensive online guide to rural mental health resources. After a year of research and compilation, the site went live on May 3, offering an online portal that can help connect farmers to various resources, from help groups to hotlines.

“We knew we needed to do something here to help our members,” Atkinson said. “They’re dealing with a lot of stress, and it’s just getting worse. That led to this partnership.”

Farmers and ranchers are confronted with a host of challenges, many of which have been exacerbated by the COVID-19 pandemic. In addition to dangerous storms that can wipe out whole crops and the usual financial pressures of fluctuating market prices, the past year forced farmers to deal with a loss of workers due to illness and quarantines, often at harvest time.

In addition to the myriad pressures, many generational farming families feel the stresses of what Atkinson referred to as “the agricultural imperative.” It’s an unspoken but ever-present pressure of needing to live up to the expectations and successes of those who paved the way.

It’s also difficult for them to escape the stresses of their job in a literal sense. That’s because, as Anna Scheyett, the dean of the School of Social Work noted, where a farmer works is where a farmer lives.

“You and I get to go home at the end of the day, but they live at their work,” she said. “Every time they look at the window, they see the problems and feel the stress, and they can never get away. Imagine if we all had to live in our offices forever?”

Magnifying these stresses are a host of cultural traditions, as well as barriers to access. Many farmers and ranchers are raised to be self-reliant and resilient, unwilling to ask for help. And, if they do need help, many of them don’t know where to look or how to access the services that could support them.

To address this, Atkinson said the Farm Bureau began investing more time and effort into cultivating the necessary resources to help farmers dealing with these stresses. That interest ultimately led him to the School of Social Work and, in Smith, a dedicated graduate student with a passion for the work.

“It wasn’t something I necessarily saw as part of my personal life journey, but I always used ‘I grew up on a farm and hatched my own chickens before’ as my fun fact,” said Smith. “I really enjoyed growing up that way, but it was not something I ever anticipated studying. But why would I not want to combine those things and do something that can bring mental health to people like my grandfather?”