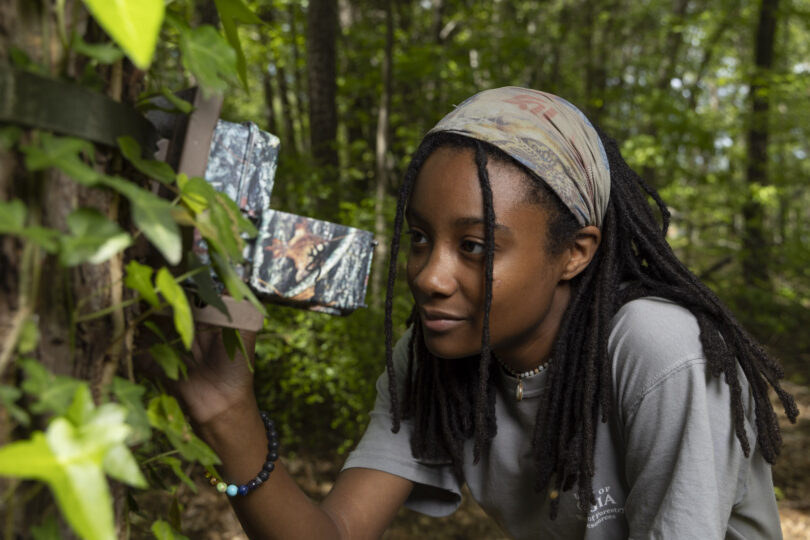 Lavendar Harris sets a trail camera in the forest near Lake Herrick. (Photo by Brett Szczepanski/UGA)

When Lavendar Harris is scrolling through images on her laptop, she isn’t looking at memories of the last home football game. Instead, she’s combing through thousands upon thousands of trail camera photos captured all around Athens in hopes of catching a glimpse of a deer, bobcat or coyote.

Harris was interested in wildlife at a very young age, always watching “National Geographic” or “Animal Planet,” dreaming of the day that she could do the same work.

Academic flexibility and the pursuit of her own interests were key factors in the decision by Harris’ mother to home-school her starting in second grade. This allowed Harris the chance to participate in 4-H at the county, state and national levels, as well as find outlets for volunteer work. 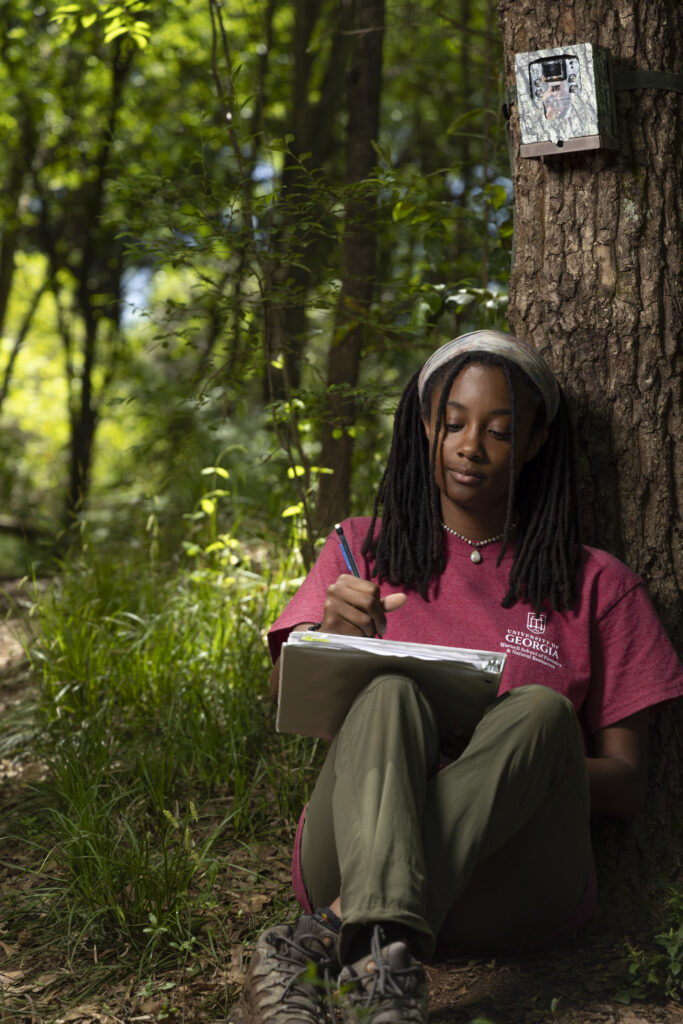 Lavendar Harris takes notes of results of a wildlife study in the forest of Lake Herrick park. (Photo by Brett Szczepanski/UGA)

She wasted no time in finding the perfect start to her career in conservation by volunteering at the Bear Hollow Zoo here in Athens while she was still in high school. Her home-schooling allowed her to travel between Covington—her hometown—and Athens every week. There, she was able to work closely with animals and learn even more about Georgia’s native wildlife.

While at Bear Hollow, Harris found the Warnell School of Forestry and Natural Resources at the University of Georgia and began reaching out to advisors and current students. She is currently a senior at UGA, pursuing a degree in wildlife sciences.

Her senior thesis is part of the Urban Wildlife Information Network, a program coordinated by Lincoln Park Zoo’s Urban Wildlife Institute. This unique program is able to bring researchers around the globe together to study how urbanization affects native wildlife in heavily populated areas.

“A lot of scientists are interested in how people are impacting and affecting the native wildlife. We’re starting to see a lot of adaptive behavior to high human population density, changes in foraging behavior, changes in breeding patterns and just general wildlife movements,” Harris said.

Harris is completing her thesis under the direction of assistant professor Michel Kohl. Together, they set 27 game cameras along a rural-to-urban gradient in Athens-Clarke County for ​one month at a time every three months. These cameras are placed in public parks, neighborhoods, on campus and a variety of other locations. Overall, Harris said that the community feedback about the project has been very positive. 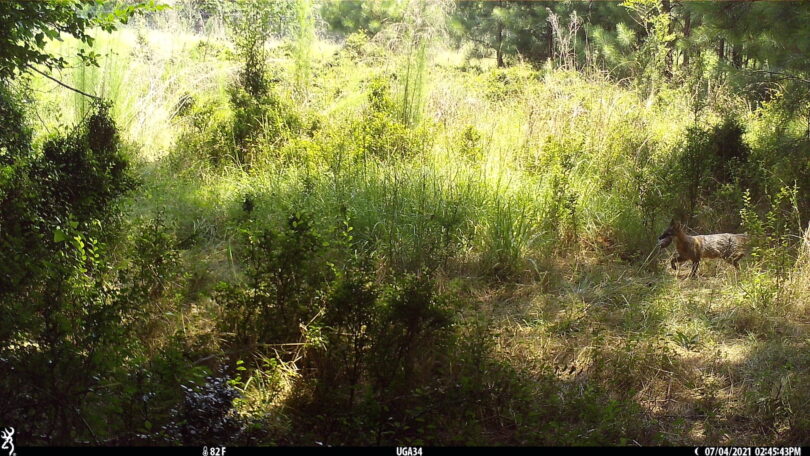 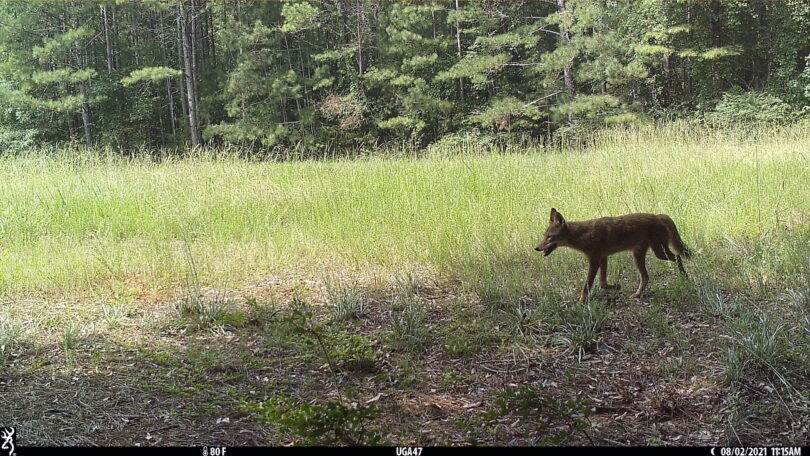 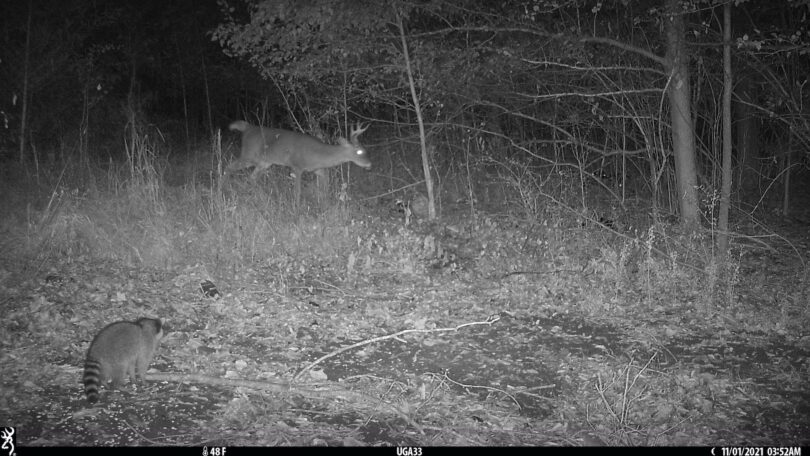 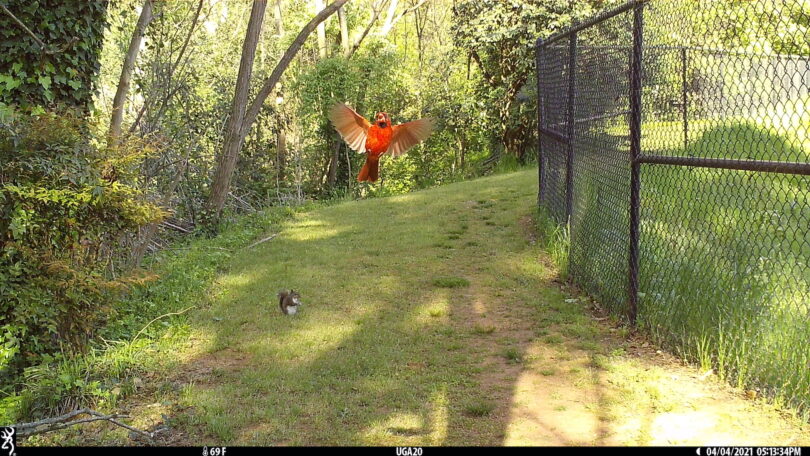 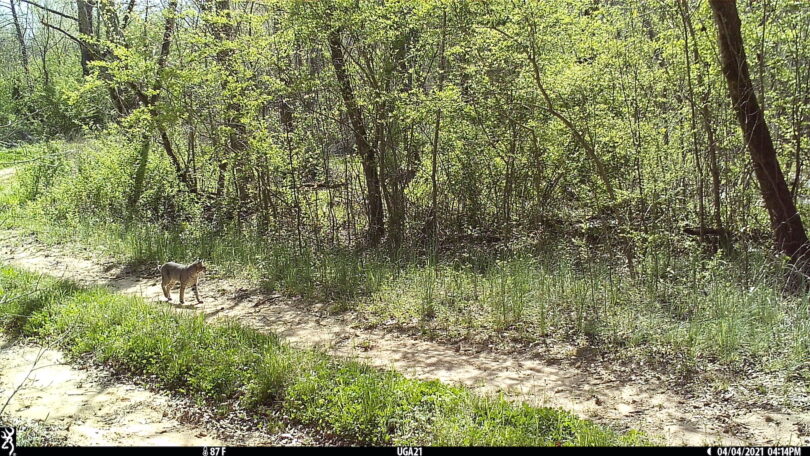 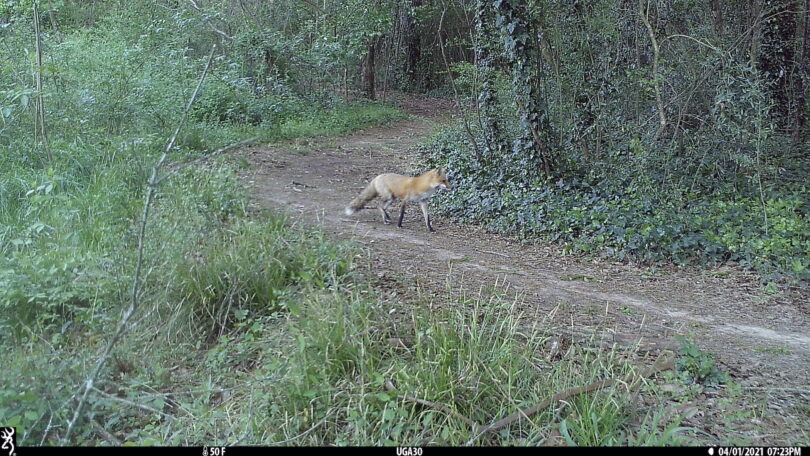 “My specific role is to analyze the data and publish the results that we get from it. We have a citizen science opportunity for local people in the Athens community to classify the photos, and then I will validate the photos to make sure that, yes, it’s definitely a white-tailed deer or a coyote. Then I extract the data and analyze it to get the big picture of our results,” she said.

While they have captured over 64,000 images in just the last year, with 50 species appearing so far, Harris is particularly interested in the large predators. 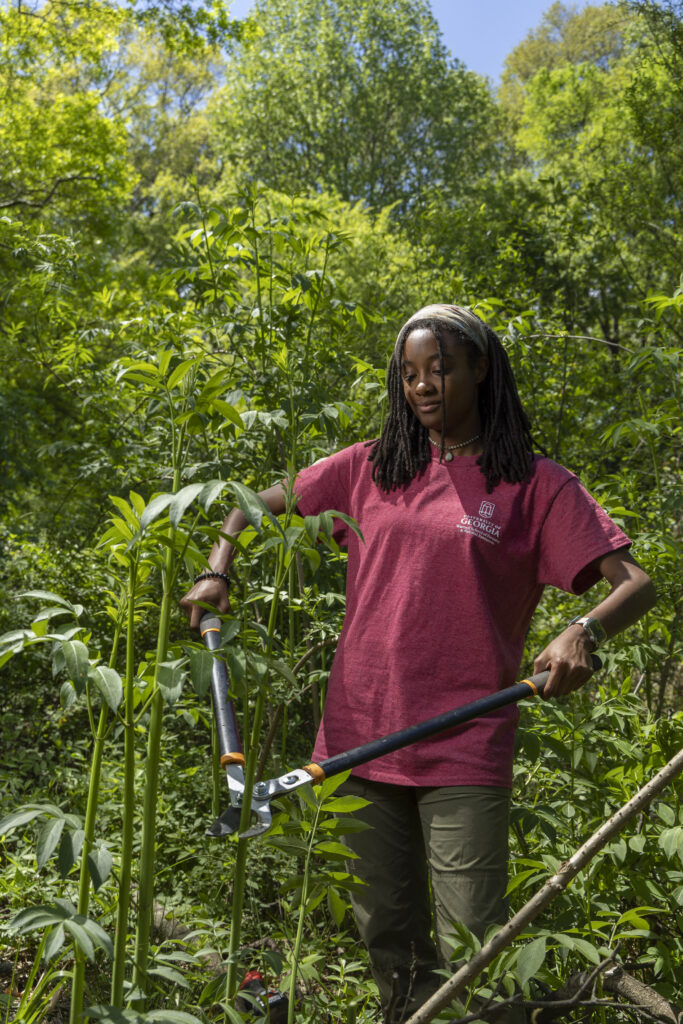 “Coyotes and bobcats especially have been really interesting for me to see,” Harris commented. “It’s sometimes difficult for a large carnivore to live around people and have these massive ranges, so it’s interesting to see them adapt to that so well.”

Her involvement doesn’t stop at research. Harris currently serves as the vice president of the Wildlife Society Student Chapter at UGA. This has given her a massive leg-up in such a competitive job field.

“That’s also giving me a way to network with wildlife biologists that are actually working for the U.S. Fish and Wildlife Service and the Department of Natural Resources, and to learn about career options as well. And it’s just made me really excited to graduate and get out there,” said Harris.

After graduation, Harris hopes to find a job as a wildlife technician or biologist at the state or federal level, as well as attend graduate school to continue her wildlife education.

Harris is looking forward to putting her knowledge to use. “I feel like everything I’m learning can be applied directly to the job field, and I love being able to have background knowledge on biodiversity and wildlife species,” she said. “It’s really helped me with this project as well, just knowing about the natural history of the animals that live here.”

For residents of Athens-Clarke County who would like to help with this ongoing project, visit this link to sign up for photo classification and learn more about local wildlife.