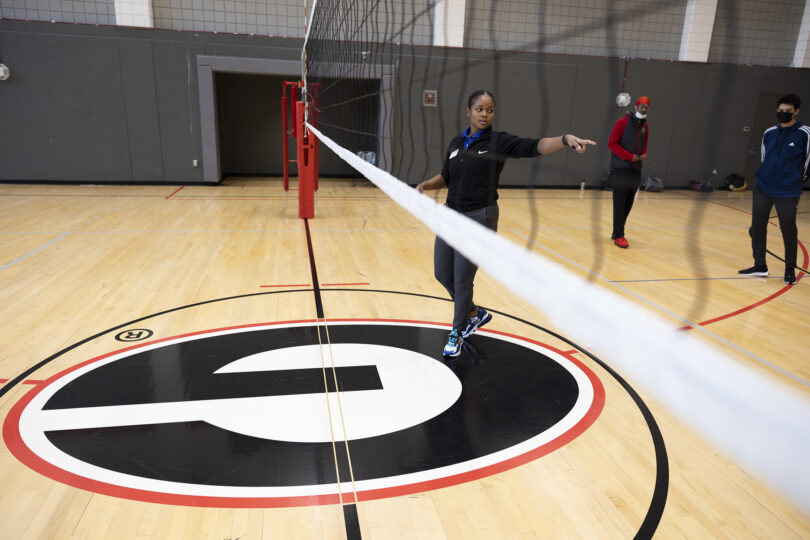 For this year’s NFL Flag Bowl championship game, four officials were selected from the best of the best across the country, and one of those four was University of Georgia student Nuri Troy.

Troy is a graduate assistant for competitive sports in UGA’s Department of Recreational Sports and a graduate student in the Mary Frances Early College of Education. She’s earning her degree in the Department of Kinesiology’s sport management and policy program. This is the second straight year Troy has participated in the championship game, which was held in her hometown of Tampa Bay and in Las Vegas on Feb. 3-5. 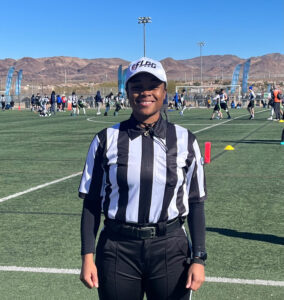 Nearly 100 officials are selected from around the country, and Troy is one of only four chosen to officiate the championship game. She is also the only college student serving as an official at the event.

The NFL Flag Bowl, which annually determines the best flag football teams from across the country, has been a major part of Pro Bowl festivities for the past 27 years. As part of NFL Flag’s year-round calendar, Troy officiates games with players aged 5 to 17 years old. Many of the NFL’s professional football players have children on flag football teams.

“The Pro Bowl festivities are so much fun because you get to see and interact with superstars,” said Troy. “But flag is a great way for youth to try out football and learn the game at a younger age with the safety benefits of flag versus tackle.”

In addition to her NFL Flag duties, she has also officiated for high school and college sports, including the inaugural NAIA championship for women’s flag football held in Atlanta at Mercedes Benz Stadium last May.

“It was the first year ever for that championship, and I got to be a part of history,” she said. “There’s a lot of growth in flag football and women’s flag. There’s talk of it possibly becoming an Olympic sport one day.”

Officiating is an interest that runs in Troy’s family. Her father has been a referee for the past 30 years and counting. She began officiating intramurals as an undergraduate at the University of Central Florida where she began with basketball and football. After seven years of experience, she can now run a training for just about every sport, she said.

“I needed a job and knew a little bit about officiating from my dad,” said Troy. “It’s a good way to stay active and make a little extra money on the side.” 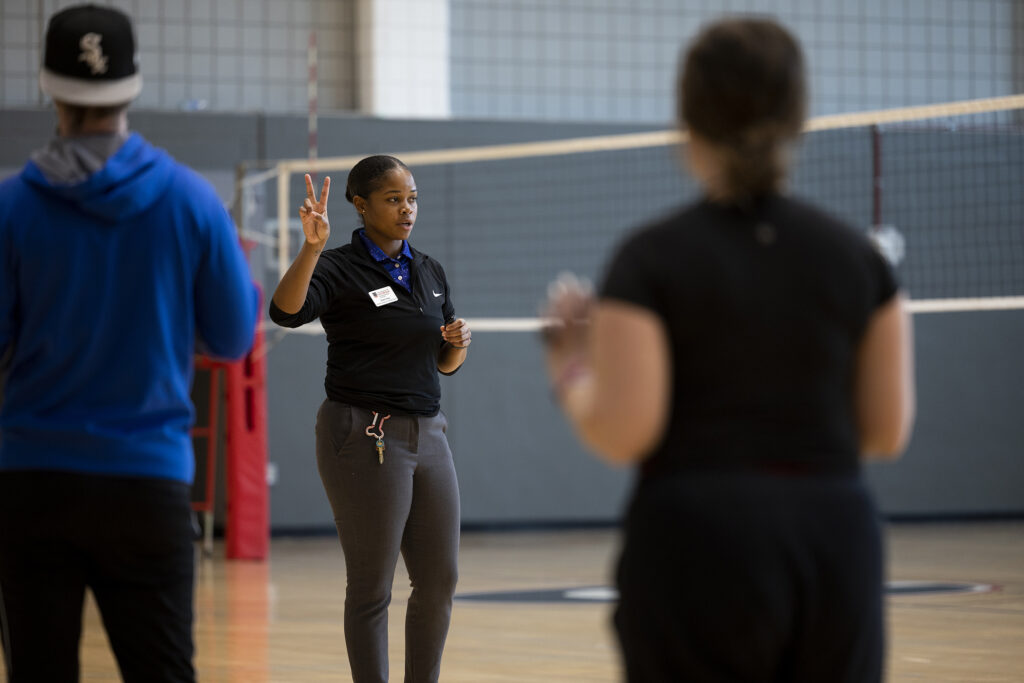 Officiating is how she landed her position at UGA, where she now oversees recruiting, training and scheduling officials for club sports and intramural sports.

“When I hire people on at UGA, I tell them that just because you’re thinking you’re starting small, refereeing a 4v4 volleyball game, you never know where it could take you,” Troy said. “Because without intramural officiating, I would not have gotten my position in Rec Sports or be getting my master’s degree in sport management. So, it definitely has taken me a long way, and I’m definitely appreciative of it.”

There are around 60 student officials working in competitive sports at UGA, down from 150 prior to the pandemic, but up from 30 less than a year ago. Troy said that getting officials to stay on board can be a challenge.

“Officiating is not an easy job for these students,” she said. “You’re having to blow a whistle on your peers!”

However, she has found recent recruiting success from a specific group of students: females. Troy said she takes pride in recruiting women officials, and it shows. More than half of the student officials at UGA are women. 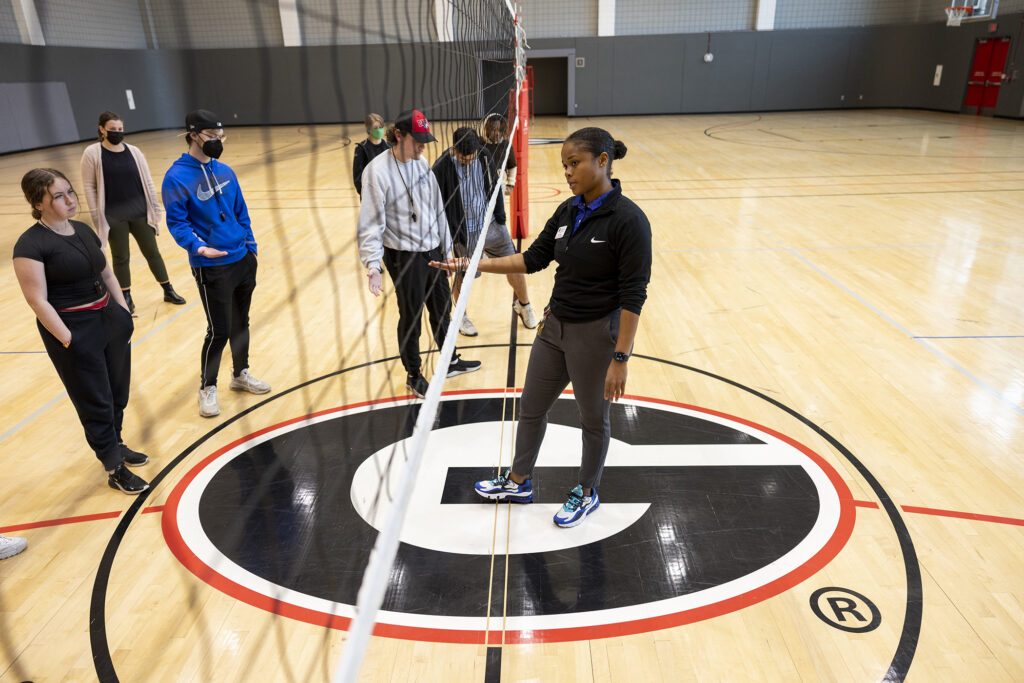 Troy said that it can be challenging to be a woman in her field. Sometimes, she is the only woman on a court officiating all men. To combat criticism from people who think she doesn’t know what she’s doing or doesn’t know sports, Troy does everything she can to make sure she is comfortable and confident on the court.

“I earned my way here for a reason – because I know what I’m doing,” Troy said.

She said that her favorite part of officiating is building relationships, whether with new colleagues, employees or student participants at UGA, or with players, coaches and parents at various locations around the state and country.

“Although, even with the people that you meet and make friends with, sometimes we have little disagreements here and there,” she said with a laugh. “But it’s great to have them in your corner at the end of the day.” 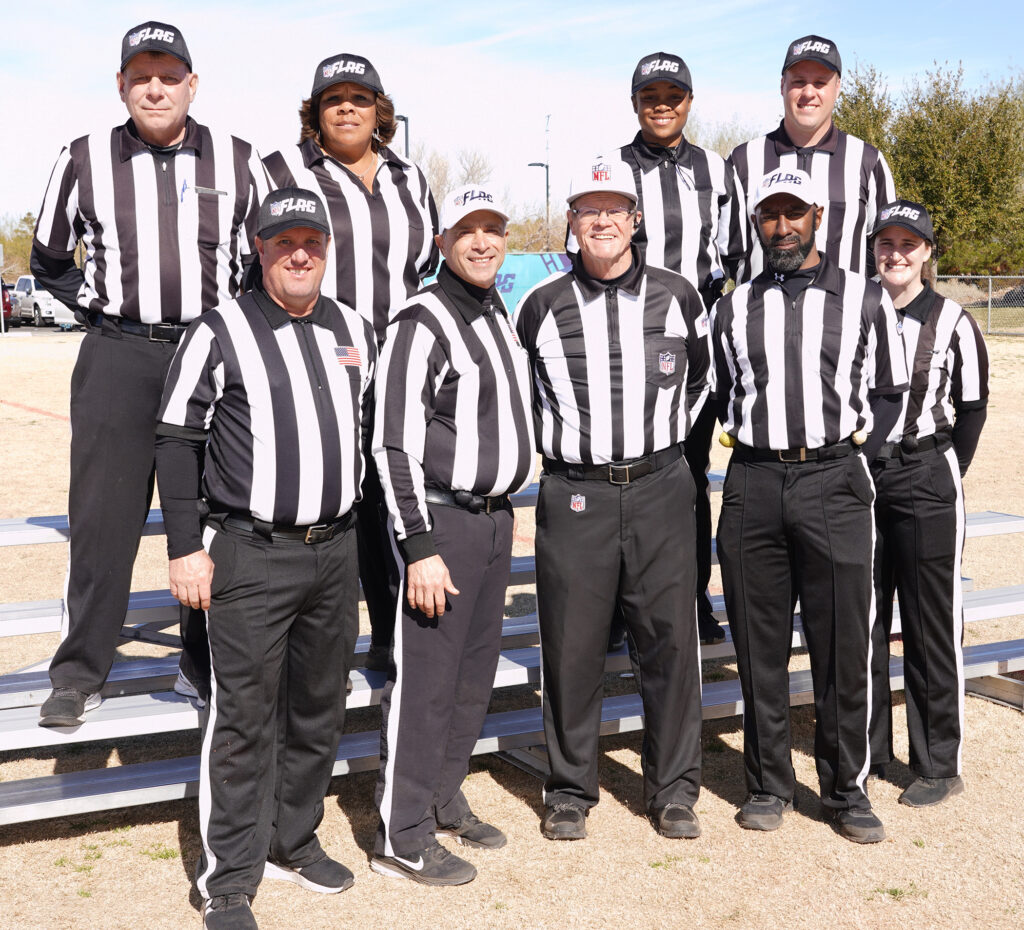 Nuri Troy (second from the right, top row) with the team of officials from last year’s National Championship. (Submitted photo)

Years ago, she said she was officiating the “biggest game in her young career,” a high school basketball playoff game. She said that while running up the court in transition, she was going so fast that she tripped and slid across the court, a very embarrassing moment.

“But I didn’t just go into my head and walk off the court,” she said. “I got up and immediately called a last-second shot. My ability to overcome in that moment really meant something to me.”

It is a story she continues to tell younger officials to let them know that mistakes happen, but being willing to move forward is most important. She is quick to highlight that it’s important for players and fans to be understanding, but also for officials to be gracious with themselves and understanding of their own limitations.

After graduation, Troy plans to continue her career in college recreation or the sports industry.

“Sports make me happy. At times it feels like I’m not even working, because I’m getting paid to do something I love,” she said.