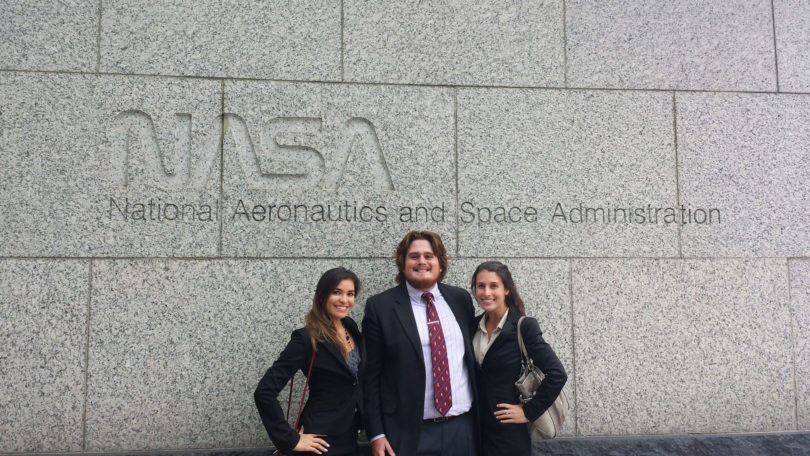 From left to right: Jennifer Bell from UGA

When NASA is mentioned in everyday conversation, it is probably most often associated with landing on the moon, childhood fantasies of going to space camp or the discovery of unknown life on faraway planets.

But NASA does more than just study the rest of the solar system.

Earth is just as important to study, and NASA has a vast archive of data on Earth itself. NASA’s DEVELOP program helps college students and recent graduates, through paid internships offered year-round, conduct and run their own research projects using NASA-collected observational data about Earth.

Remillard, a graduate student in geography, also was one of two people selected annually to receive a scholarship from Science Systems and Applications Inc., a NASA contracting organization that does payroll for the DEVELOP program.

“It’s a great experience because it provides a paid internship and the students really take ownership of the projects,” said Padgett-Vasquez, who also is NASA DEVELOP coordinator for UGA. “Ultimately one of the goals is to increase the number of people using NASA observation data. NASA invests a lot of money and research on ways to monitor Earth.”

Lauren Childs-Gleason, the national science lead for DEVELOP at the National Program Office at NASA’s Langley Research Center, is pleased to have UGA on board with the program.

“It’s very exciting to collaborate with the University of Georgia,” she said. “We share the common goal of cultivating and enabling the next generation to apply science to make informed decisions to improve the planet around us.”