Like many rural Georgia communities, Moultrie has a small police department, little mental health support and a limited budget. As a result, 911 calls about disturbances often led to jail for substance abusers or individuals with a history of mental health issues.

“They had mental health issues and they needed help,” Moultrie Police Chief Sean Ladson said. “And jail incarceration was not it.”

Three years ago an opportunity to address the issue arose. Sarah Adams, the University of Georgia faculty member based in Moultrie-Colquitt County, a UGA Archway community, was looking for projects that UGA students could take on to complete capstone projects for their degrees. 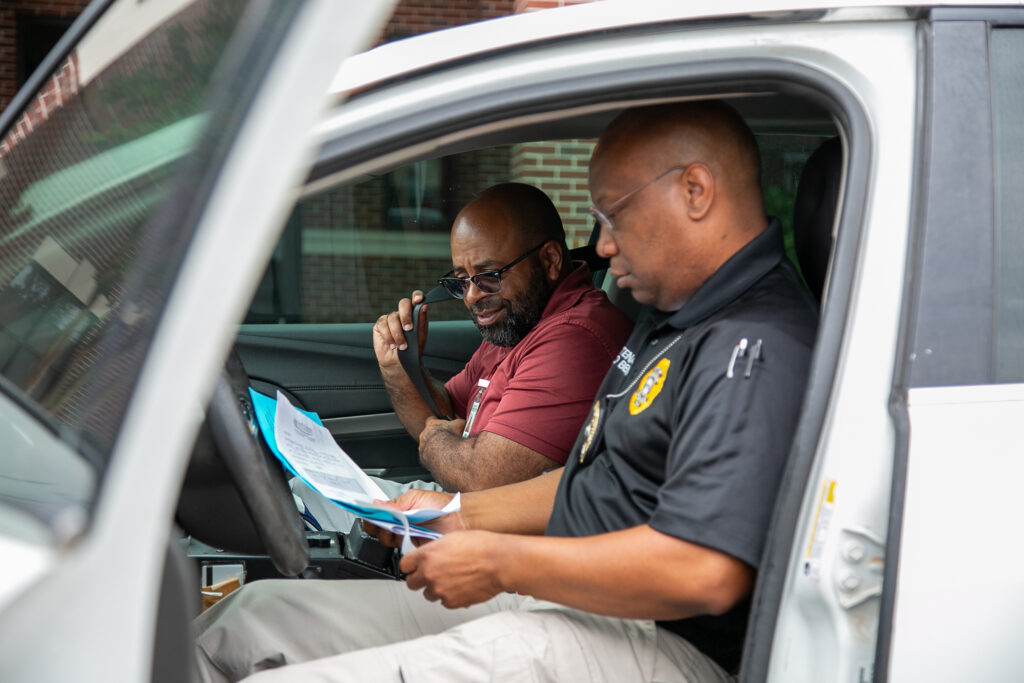 “She just threw it out there, if anybody had any ideas of something that they could put their teeth into and to do the research on, to let her know,” Moultrie Police Officer Tonero Bender said.  “So, one of the first things that came to my mind was the need for some type of collaboration between the mental health community and law enforcement community.”

A few months later, a team of students from the Terry College of Business Institute for Leadership Advancement made a site visit to Colquitt County. They accompanied Moultrie police on patrol to see the kinds of calls they responded to, collected arrest data, assessed mental health resources in the community, and identified access barriers.

Students also looked at existing programs in other places, like Athens, where police launched a co-responder model in 2017. Through that program a mental health professional is dispatched along with police when an emergency call comes in about an incident involving someone impaired or who possibly has mental health issues.

“My role was to research best practices for the Moultrie Police Department. So I started off with the Athens P.D.,” said Caleb Snead, an Archway Partnership graduate assistant, who is pursuing an undergraduate degree in health promotion and a master’s degree in public health. “I did research on their team—what are they doing? How did they implement the program? I’ve spoken with people at the CDC. I’ve spoken with the Department of Public Health.”

Bender and others from Moultrie also visited Athens to meet with police and their mental health clinician, and look at their statistics and data collected since the program began.

Moultrie worked with Georgia Pines, a community service board set up by the state to help people with mental health issues, developmental disabilities or substance abuse. Based in Thomasville, Georgia Pines serves South Georgia. 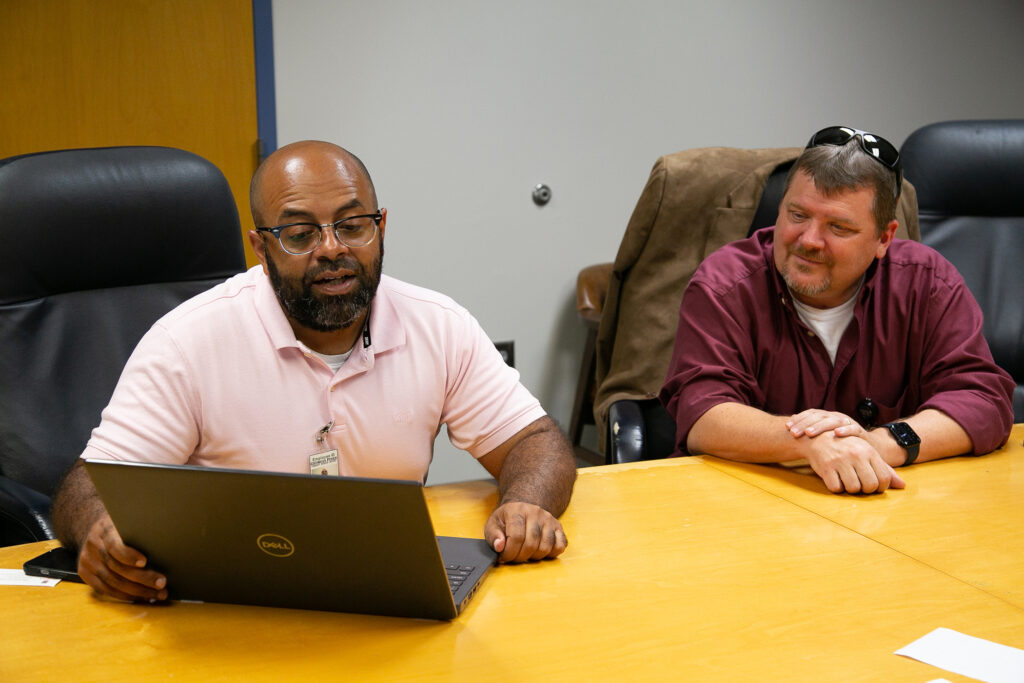 In May, Julio Ginel, a mental health counselor with Georgia Pines, began working part time as a co-responder with Moultrie police. Now, when police get a call about an incident that might involve someone with mental health issues, Ginel either meets them at the scene or he and Bender respond to the call.

“Often when we come on scene, when they see the police officer, they assume they’re going to jail,” Ginel said. “My role is not to put them in jail or to involuntarily place them in hospitalization, but to identify what their needs are and how can I assist them. So because I come with that approach, the individuals tend to be more relaxed and more responsive.”

One call early on involved a man wandering downtown Moultrie in a hospital gown, Ginel said.

“After speaking with the individual, while he did identify as someone with a past mental health history, his issue in the moment was homelessness,” Ginel said. “My job then became, ‘How can I help this individual?’ The end result was getting him to our Georgia Pines Crisis Center.”

Between May and August, Ginel, working with police, has diverted 79 potential inmates from jail, many into programs where they can find help.

Colquitt County Sheriff Rod Howell estimates that the county jail houses 240 to 250 inmates a month at an average cost of $41 per day, per person. About 30 to 40 of those need mental health assistance, he said.

Diverting those 79 people from jail saved the county about $3,200 a day.

“The key ingredient here is Archway and the fact that they’re so involved not only within this community, but with other programs throughout the state to make a more cohesive program,” Ginel said. “Without that, it’d just be a lot of bits and pieces.”

The police department plans to use Archway, a unit of UGA Public Service and Outreach, for other initiatives related to crime data and crime response.

“The value of having someone that can reach out to an asset like UGA through Archway is priceless to the Moultrie Police Department and to the city,” Bender said.