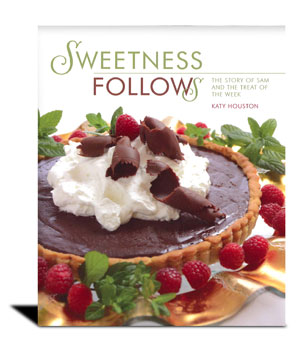 Sweetness Follows: The Story of Sam and the Treat of the Week
Katy Houston
Favorite Recipes Press
$21.95

Sweetness Follows is a new cookbook based on a UGA student’s dessert-filled journey to recovery.

In 2007, Sam Lane, an English major, was struck by a drunk driver while bicycling to class. He sustained what doctors thought would be a terminal brain injury. Lane went on to make an amazing recovery-earning his bachelor’s in English from UGA in 2011 (through a concerted effort from the English department, the dean’s office and the Office of the President) while undergoing rehabilitation at a facility in Jackson, Miss., where his family lived.

The book includes notes from his neurosurgeon, minister and high school football coach. It details how Lane’s English professor sent him his favorite book while he was in the hospital, how another English professor read him that book while he was in a coma, how Lane took his final two English classes via Skype and how he went on to recover well enough to finally walk underneath the Arch after graduation.