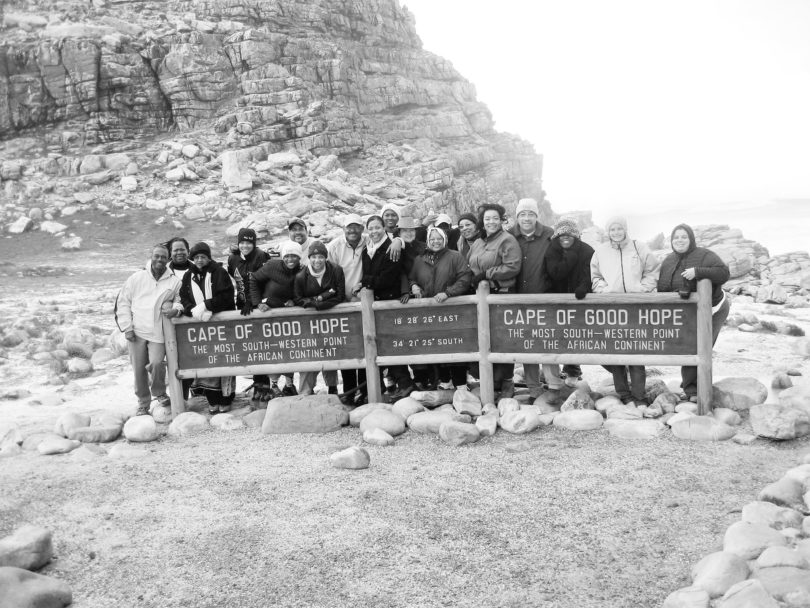 After months of planning, weeks of organizing and a 20-hour flight across the Atlantic Ocean, about a dozen UGA graduate students, faculty and alumni arrived in Johannesburg, South Africa, last July—only to get stuck in metropolitan rush hour traffic.

Eight years after it was launched, the College of Education’s study-abroad program to Southern Africa is still changing perceptions about one of the most dynamic and paradoxical places on Earth.

The highway gridlock of the country’s largest city was just the first of many paradigm shifts the travelers faced during their two-week trip.

“Students expect it to be primitive, but they see it rivals anything we have here in the U.S.,” said Juanita Johnson-Bailey, a professor in adult education and program co-founder.

While preparing for the journey, the group gathered suitcases full of clothes, school supplies and more than $1,700 in cash to distribute over the course of the visit. The money, pooled from individual donations, went to an orphanage on the verge of closing.

Participants were instructed to pack warm clothes, but the reality of cold weather in Africa hit home when they gathered to take photos at the Cape of Good Hope—the southernmost point of the African continent—and met the penguins that nest there.

“People tend to have their expectations exploded,” said Talmadge Guy, an associate professor in the adult education program and co-founder of the study-abroad program. “That leads us into an educational experience in the classroom.”

The organizers included many activities into the trip to give students a glimpse of the cultural dissonance in Southern Africa—where there is an extreme contrast between the rich and poor. One of the many economic discrepancies that most affected Donna Drake-Clark, a doctoral student in adult education, concerned Victoria Falls, one of the most ­beautiful and powerful waterfalls in the world. Residents in the colonial city of Livingstone, Zambia, collect much of their required water from the “smoke that thunders,” but the same source of water is denied to people in nearby villages.

“Just a few miles away, we saw people in the village pumping groundwater because the locals can’t have water from the falls,” Drake-Clark said.

This year in Soweto, a large township outside of  Johannesburg, the group also met local kindergarten through 12th grade teachers who offered insights into their approach to education.

“The study-abroad adventure encourages students to think about education in a broader sense, and it helps them come to understand their role as adult educators in a globalized world,” Guy said. “Having seen the world beyond the United States, College of Education students are better able to design culturally sensitive materials for the varying populations they will work with during their careers.”