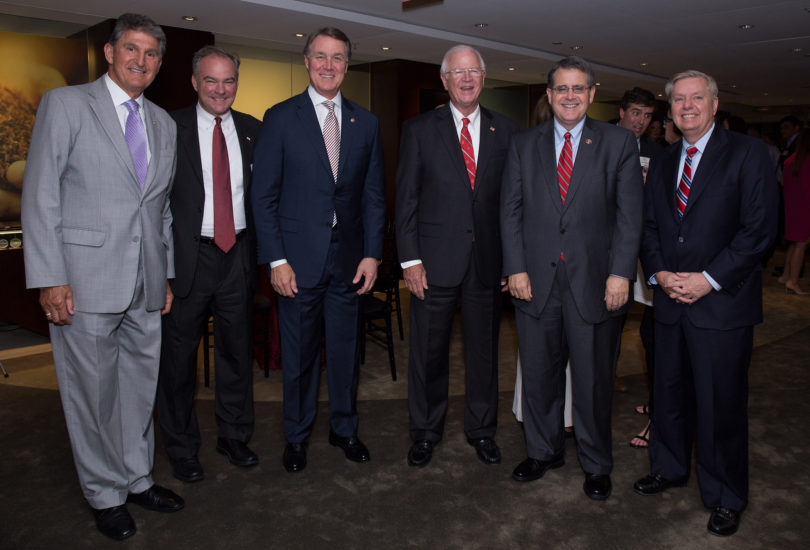 Colleagues and friends of former U.S. Sen. Saxby Chambliss raised $250,000 in support of the UGA Chambliss Fellows program at an event held in Washington, D.C. Joining Chambliss and his wife, Julianne, were UGA President Jere W. Morehead, current UGA students interning in Washington and members of the U.S. Congress.

Funds raised for the Chambliss Fellows program will allow five UGA students each fall and spring semester to live, work and advance their education in the nation’s capital.

“The University of Georgia is immensely grateful to Sen. and Mrs. Chambliss for their support of our students,” Morehead said. “An internship in Washington, D.C., is an exceptional learning opportunity. With the generosity of our sponsors and the support of several members of Congress, we are helping to prepare our students to meet the many challenges facing our nation.”

The event was hosted by Altria Group Inc., and presenting sponsors were General Dynamics, Home Depot and Northrop Grumman. The event also was supported by The Coca-Cola Company, Lockheed Martin and Southern Company.

“I am truly excited about the future of this program and the students who will become Chambliss Fellows,” Chambliss said. “It is an honor to give back to my alma mater and ensure opportunities like this one endure.”