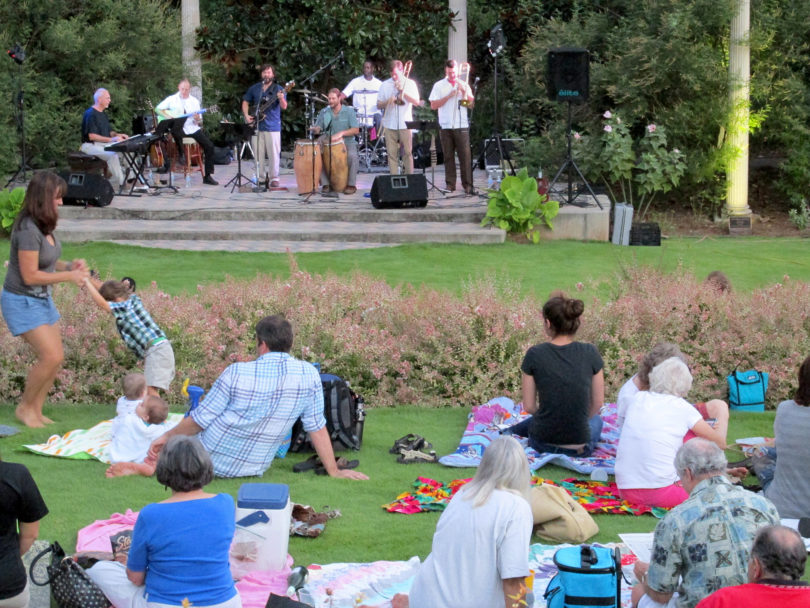 The State Botanical Garden will host four performances during its Sunflower Concert Series. Held Tuesday evenings in June, July, August and September, these outdoor concerts in the Flower Garden offer an eclectic mix of music.

Tickets are $15, $5 for children ages 6-12. Admission to each concert includes beverages and light snacks. Attendees are encouraged to bring blankets and picnic dinners. Lawn chairs are allowed on one designated level of the terraced Flower Garden. For information about the concert series or to purchase tickets, visit www.botgarden.uga.edu or the Garden Gift Shop or call 706-542-9353.

The Sunflower Music Series is sponsored by Friends of the Garden, Northeast Sales Distributing Inc., Athens Coca-Cola, Musician’s Warehouse and Flagpole. The concerts and artists performing are:

• June 2: Caroline Aiken with The Twangtown Paramours opening. Aiken is an award-winning folk singer, whose new album, Broken Wings Heal, has just been released. Aiken has performed on NPR’s Mountain Stage and has toured with the Indigo Girls. The Twangtown Paramours, who hail from Nashville, bring fine harmony singing and inventive musicianship to the stage.

• Aug. 25: Grogus returns for its annual celebration of Latin jazz, traditional Cuban and Caribbean styles and funk versions of jazz standards. The band is a past recipient of the Flagpole Athens Music Award in both the jazz and world music categories.

• Sept. 29: Arvin Scott with Marti Winkler. Drummer/percussionist Scott, an Athens resident who is world renowned as a jazz musician, and his combo will deliver a jazz performance. Jazz singer Winkler will open the show.

In case of inclement weather, the concerts will be held inside the garden’s Visitor Center and Conservatory.