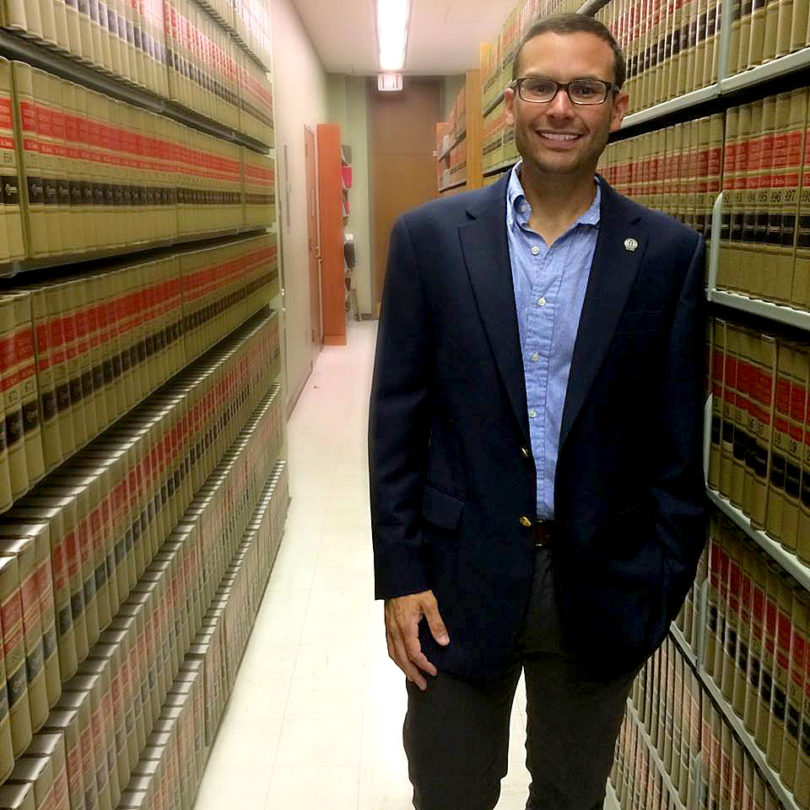 Athens, Ga. – Tomorrow, the U.S. Supreme Court will hold oral arguments in the challenges to state bans on same-sex marriage. Professors at the University of Georgia are watching the case for clues to see how the court will rule on the matter.

“I fully expect the Supreme Court to hold in favor of marriage equality and would be shocked if it does not,” said Hillel Levin, an associate professor of law at UGA. “However, I will be listening closely to the oral arguments, and especially to Justices Kennedy and Roberts, for clues as to how many votes there may be for marriage equality. I’ll also be very interested in any indications as to the reasoning the court might adopt. The court could reach its decision in different ways, and these have important implications for future legal battles.”

Similarly, Anthony Michael Kreis, a doctoral candidate in political science and public administration and policy at UGA, will be watching the case.

“In the last two years, courts have rapidly expanded the rights of LGBT Americans by striking down state same-sex marriage prohibitions,” Kreis said. “This year, the Supreme Court has the opportunity to nationalize same-sex marriage and dramatically reshape the constitutional protections for LGBT people. While we will not know how the court will ultimately rule until June, oral arguments will provide us the first signals of what may be likely to come.”

UGA experts available to comment on the case are:

Soon after earning his law degree at Washington and Lee University, Kreis began assisting in legislative drafting efforts for marriage equality initiatives in various states, including New York, Maryland, and Washington. He has extensively chronicled the early history of same-sex marriage legislation and the impact of related litigation. His scholarship on same-sex marriage, interracial marriage, and LBGT rights has been published in top tier journals at Emory, William and Mary, and Yale, among others.

Kreis’s focus lies at the crossroads of law, politics and public policy with a specialization in issues confronting sexual and racial minorities and civil liberties. During his tenure at UGA, he has continued to pursue civil rights law reform and often testifies before legislative committees on LGBT rights issues. He has received numerous awards from campus groups and statewide civil rights organizations in recognition of his advocacy.

Lavner’s research focuses on understanding couple and family development over time. He is interested in family and mental health issues among lesbian, gay, bisexual and transgender populations, and has examined family functioning among LGBT adolescents and among same-sex parents and their adoptive children.

Levin specializes in constitutional law, the legal battles over same-sex marriage, and law and religion. This past academic year, he authored articles on same-sex marriage legal issues and taught a semester-long seminar about the current cases. Previously, he served as a judicial clerk for Judge Thomas J. Meskill of the U.S. Court of Appeals for the 2nd Circuit and for Judge Robert N. Chatigny of the U.S. District Court for the District of Connecticut. His law degree is from Yale University.