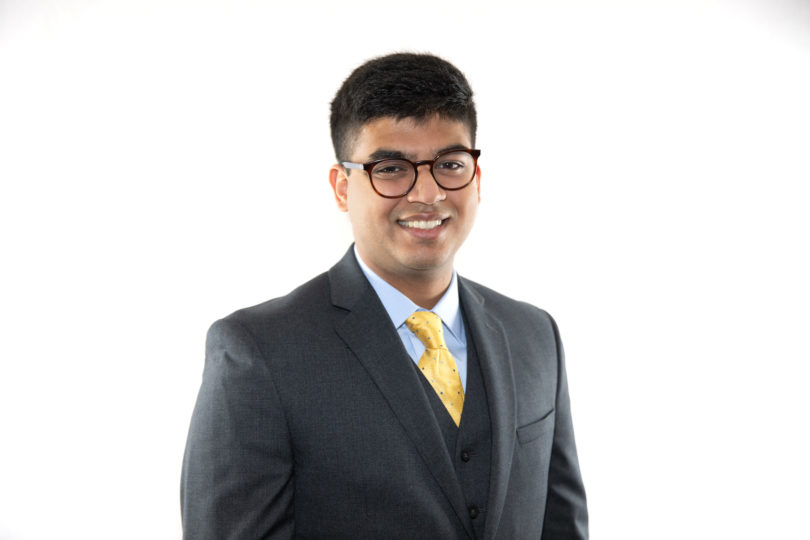 The University of Georgia’s Swapnil Agrawal, a senior from Dunwoody, was one of 147 students selected internationally as a Schwarzman Scholar, a graduate fellowship designed to prepare the next generation of leaders with an understanding of China’s role in global trends.

Agrawal is UGA’s fourth Schwarzman Scholar. The incoming class was narrowed down from a pool of 2,887 candidates and is comprised of students from 38 countries and 119 universities, with 40 percent originating from the U.S., 20 percent from China, and 40 percent from the rest of the world.

This marks the fourth group of Schwarzman Scholars since the highly competitive program opened to applicants in 2015.

“The University of Georgia is very proud of Swapnil for receiving this prestigious scholarship,” said President Jere W. Morehead. “He is adding to our university’s record of success on the international stage, and I look forward to seeing all that he will accomplish in the future.”

The fully funded, yearlong master’s program in global affairs is offered to Schwarzman Scholars at Tsinghua University in Beijing. Students live and learn on the Schwarzman College campus and focus their studies on public policy, economics and business, or international studies.

An Honors student and Foundation Fellow, Agrawal is majoring in international affairs and economics. He has been accepted into Harvard Law School, which he will begin after his year at Tsinghua University.

Agrawal studies human rights protection, and his goal is to investigate how international institutions can leverage human rights treaties in creative ways to increase decentralized enforcement. As a Schwarzman Scholar, he plans to examine Chinese ideology underlying its human rights agenda. At Harvard, he will study international law to develop the knowledge base and skills necessary to implement new approaches to human rights.

“I have greatly enjoyed working with Swapnil over the past few years,” said David S. Williams, associate provost and director of the Honors Program. “I know that he is destined to make a very positive impact on society.”

Agrawal has been a research intern for the Amara Legal Center in Washington, D.C.; policy intern for the American Civil Liberties Union in Atlanta; scholar for UGA’s Center for International Trade and Security; legal intern at the Legal Resources Centre in Johannesburg, South Africa; researcher for the UGA School of Public and International Affairs; policy analyst for the Georgia Department of Economic Development in Munich, Germany; and immigration intern for Arnall Golden Gregory LLP in Atlanta.

Agrawal also is captain of the Georgia Debate Union at UGA, spending 30 hours per week on research to prepare for competition. He speaks at almost 300 words per minute to maximize his limited speech time. As of this fall, he has competed in 198 debates in college, which he estimates to come out to 21,384 minutes of argumentation and cross-examination. Agrawal and his partner have won 88 percent of all ballots this year, giving them the highest percentage of wins among more than 200 varsity debate teams in the nation.

“Swapnil richly deserves the honor of being named to a program that prepares and connects future global leaders,” said Jessica Hunt, UGA’s major scholarships coordinator. “He already has demonstrated a remarkable commitment to advancing human rights within the United States and around the world.”

The University of Georgia’s previous Schwarzman Scholars are alumnae Torre Lavelle (Class of 2017) and Elizabeth Hardister and Gaby Pierre (Class of 2019).

For more information on the Schwarzman Scholars, visit www.schwarzmanscholars.org.