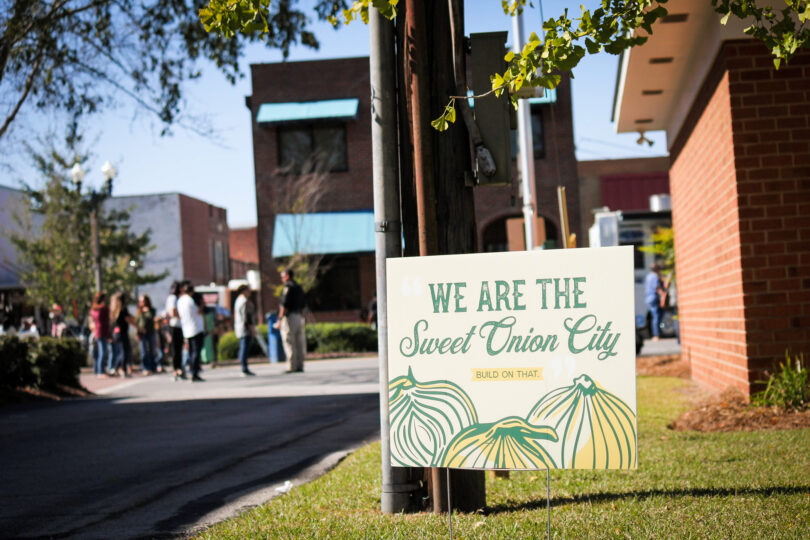 Drawing an onion might seem easy, but when you’re talking about a Vidalia onion, that’s another story.

Just ask Kaitlin Messich, who led the Georgia city through a yearlong branding process. A faculty member at the University of Georgia’s Carl Vinson Institute of Government, Messich leads the community branding program.

“The biggest challenge was getting the onion right,” Messich said. “People are passionate about it. When we started, we saw how many departments and organizations use the Vidalia onion in their marketing and design, but there was no consistent brand look.” 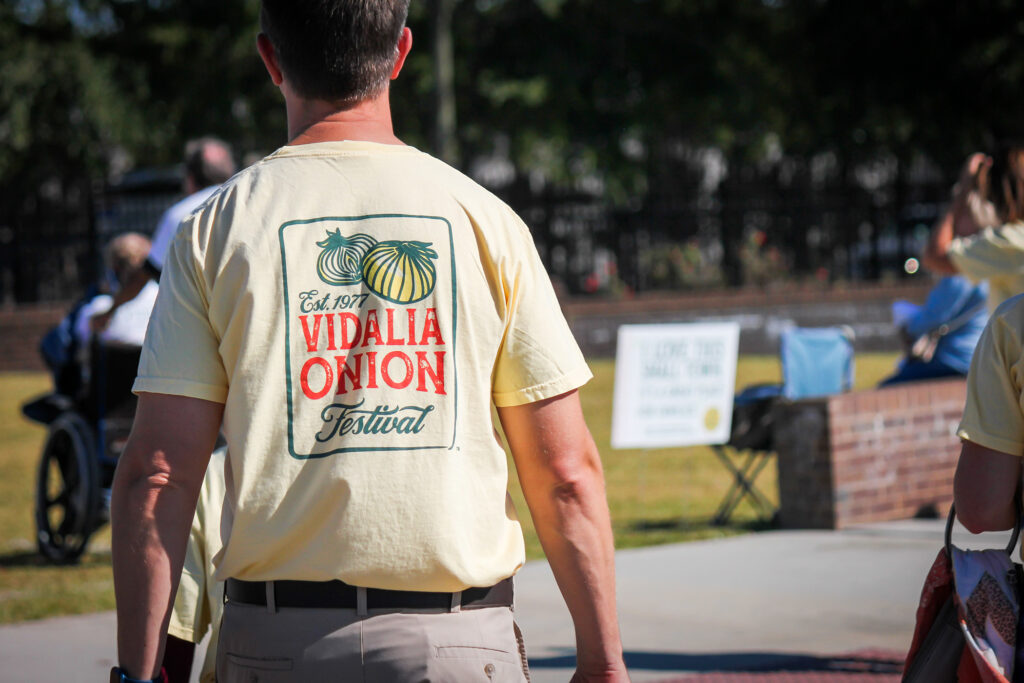 Communities are increasingly using brand strategy to attract talent and compete for new residents, jobs, industry and funding. Community branding is an economic development asset; it helps communities enhance their image and better position themselves in a competitive environment. Successful community branding requires finding out what makes a community unique and selling high-value positioning to targeted audiences.

Vidalia’s iconic onion put the community on an international stage, but that’s just a starting point for telling more about all the city has to offer, especially quality of life.

Involving the community was a key part of the project for Vidalia, Mayor Doug Roper said.

“A lot of times, those in either elected positions or working for the city can come up with these ideas and projects we believe can help us market the community and help us tell our story,” Roper said. “But unless you’re able to get buy-in and feedback from the community, it’s just the same people doing all the work.”

The project was unique because, despite its existing identity as the Sweet Onion City, leaders needed a cohesive look and clear talking points.

For Alexa Britton, executive director of the Vidalia Convention and Visitors Bureau, which markets the community and sponsors the annual Vidalia Onion Festival, it was important to find a logo and messaging that could break down silos.

“Every department in the city was using something different. We did not look like we worked for the same city,” she said.

Messich’s team was charged with creating a brand strategy to encompass several city departments, the convention and visitor’s bureau, the downtown association, and the festival.

“There’s no denying that we had to use the onion somewhere,” quipped Tonya Parker, executive director of the Downtown Vidalia Association. “But we really had to pull it in and find one look that was for all of us.” 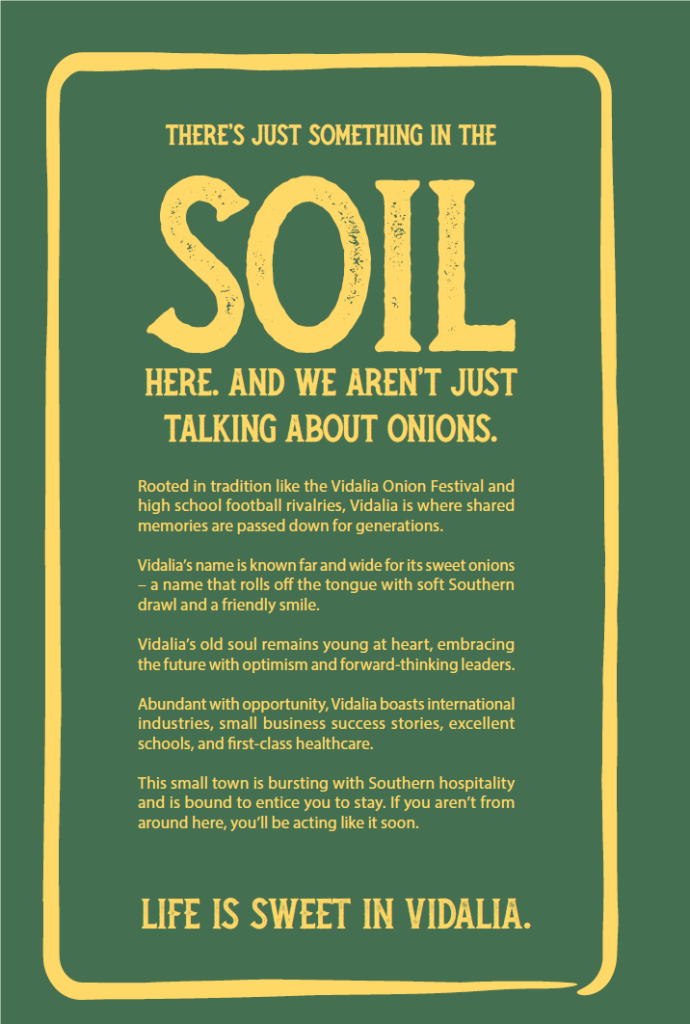 After many iterations, the community agreed on a trio of onions hand-drawn by Kelsey Broich, a creative design specialist at the UGA Institute of Government. The drawing provides visual identity across departments and events. Vintage-inspired fonts paired with a fresh color palette based on the traditional green and yellow associated with the onion reflect the community’s rural roots.

But community branding involves more than just creating an engaging font and a snappy tagline — it’s tapping into its soul, as Messich has learned during her time at the institute.

“While it’s not a quick fix, smart branding enhances what a community is trying to achieve, whether it’s tourism, economic development, or attracting more people to downtown and local events,” Messich said. “It’s really fun to see how much people love their communities, and branding brings that out.”

The sentiment really hit home for Parker, a native Vidalian with deep roots in the region.

“When we heard the position statement, several of us teared up because it was like, ‘Wow, that truly describes who we are.’ It’s really special,” she said.

With a fresh stock of newly branded hats, T-shirts, tote bags and stickers, Vidalia is ready to move forward with widely promoting what makes their town so “sweet.”

“Folks here are excited about it, and I think there’s a great market for our merchandise outside of our community as well. The sky’s the limit on how much we can get out there across the country,” Roper said.