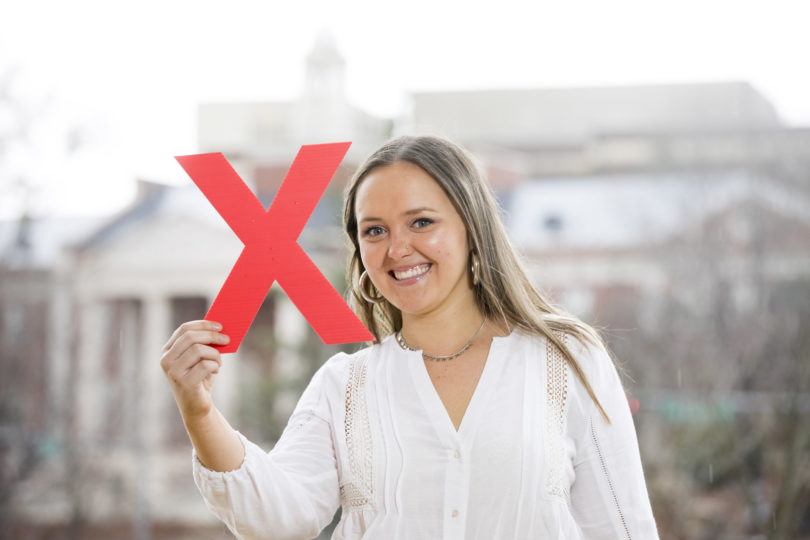 Talk explores the importance of finding a supportive community

(Editor’s notes: Originally published March 4, 2020. Also, because of the suspension of in-class instruction and to keep our community safe from COVID-19, TEDxUGA has been postponed to March 19, 2021.)

When Taylor “Tot” Keller was 12 years old, her hair started falling out. She started gaining weight and experiencing terrible fatigue.

For five years, she sought answers from doctors, who dismissed her issues as puberty. “Wait until you’re older,” they told her. “You need to eat better.”

At 17, she finally got her diagnosis: polycystic ovarian syndrome, a disorder that affects 1 in 10 women.

And that journey for answers will be what Keller talks about in her TEDxUGA 2020: Next Level talk March 27 at 7 p.m. at the Classic Center. Keller, a senior advertising major at the University of Georgia, is one of three student speakers at the event.

“My talk is less on the medical side and more on the human connection side,” she said. “Even if you feel like your problems are minuscule or unheard of, voice them, because you can really build a community. And finding that community and rallying around each other [is so important]. If you have that support, you can battle anything.”

Community—be it online communities like Facebook groups or Reddit groups—really helps you not feel as crazy or like the only one in the world with that problem, she said. “Seeking help is not a weakness; it’s a big strength. Your problems are never too small for others to hear them.”

Ultimately, her goal is to raise awareness. “So no other young girl has to go through what I did,” she said. “So they know signs, know who to ask, know the help they need.”

While PCOS is a women’s issue, she said her talk is for “everyone who has felt like they haven’t had their voice heard before. This could be your mother, sister, wife. It’s about having compassion for all. If it’s not PCOS, it’s Type 1 diabetes, a lump on your throat that you swear is not supposed to be there, but no one believes you. Or having a rare form of epilepsy that took years to diagnose.”

When @UGAGrady student Taylor “Tot” Keller was 12, her hair started falling out. She gained weight and experienced terrible fatigue. It took 5 years for her to get an answer. Learn more about her journey at @TEDxUGA 2020: Next Level on March 27. https://t.co/5CwwsTtMq1 pic.twitter.com/dJHDwKsrQP

The issue extends to depression or anxiety—and “people telling you to get over it.”

“Everyone knows someone or has gone through something similar,” she said.

And after she gives her talk, Keller often hears similar stories from audience members. After her student showcase, three women came up to her and told her they also had PCOS and had never told anyone. Talking about it is key to building that community, she said.

Advocating for yourself and not giving up is also key. “It can be very daunting not having answers, especially from a medical professional,” she said. “Have faith in yourself. Hope’s the biggest thing.”

Her mom was her constant support in her journey—not taking no for an answer, helping her research the best diets, medicines and doctors. “Everyone should advocate for themself to seek further knowledge for something that affects them,” she said. 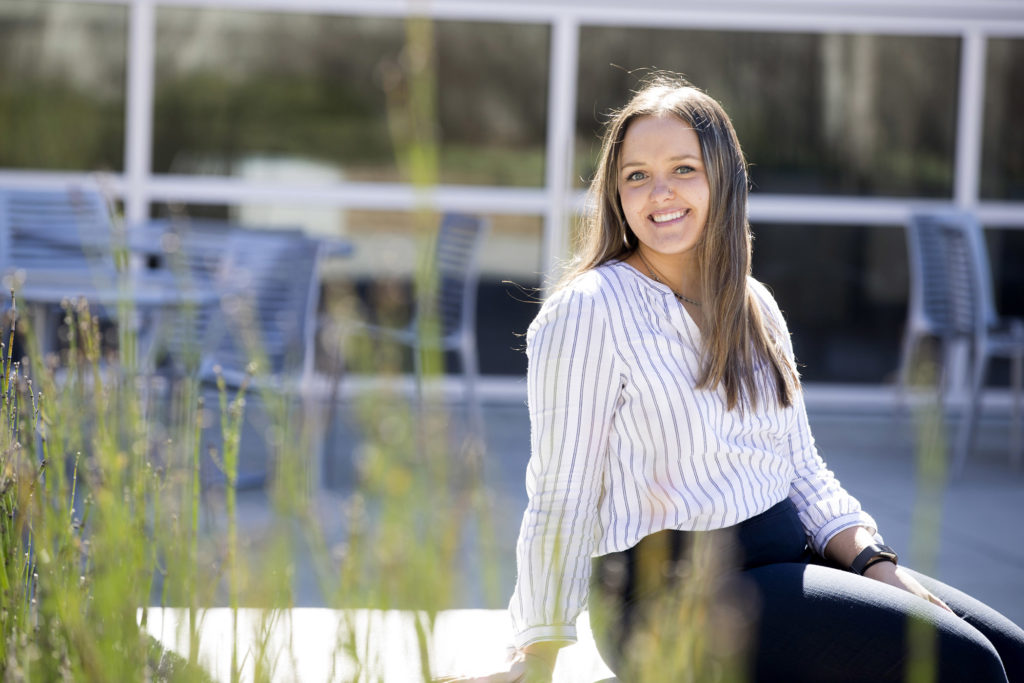 Growing up in theater, Taylor “Tot” Keller has a passion for storytelling and public speaking. “I feel more comfortable on a stage than one on one sometimes,” she said. She’s using her TEDxUGA platform to talk about self-advocacy. (Photo by Dorothy Kozlowski/UGA)

PCOS is what she’ll be talking about. But public speaking is a real passion for Keller, a self-described theater kid who loves being in the spotlight.

“I love storytelling,” she said. “I feel more comfortable on a stage than one on one sometimes.”

“I love public speaking,” she said. “And five months later, I’m shocked this is happening. I might have peaked,” she says with a laugh.

“It’s almost like everything in my life was leading up to this point. I didn’t know my talk would be about this five years ago. It’s been such a pivotal part of my life, why not talk about this?”

After TEDxUGA, Keller will be graduating in May.

Another highlight on her resume is winning the Terry College of Business’ 2019 Digital Marketing Competition with four friends. The project was to solve a marketing issue for a company—and they won an all-expenses-paid trip to San Francisco to tour Silicon Valley and companies including Facebook, Google, Twitter and Tesla. Her contribution was her advertising skills and “off the wall” thinking. The win gave her confidence in her skills.

“Advertising chose me,” she said of her major.

“I’m good at talking out ideas, meeting people,” she said. “And the advertising world is all about keeping up with trends, meeting with people. I just love talking to people and getting them passionate about something I’m passionate about.”

In her four years at UGA, she also interned at Athens nonprofit Strong Girls—an organization that also aims to build community. “It’s advocating for young girls who are strong in every sense, strong in mind, community and friendships,” she said. “I see so much potential in the youth. I want to see them go do TED Talks.”

That’s what TED Talks are all about—sharing ideas worth spreading. “Everyone has an idea and everyone has a story to tell.”

TEDxUGA will have nine total speakers—three alumni, three faculty and three students. Register to attend the event at tedxuga.com.

“It’s crazy how many fantastically brilliant people come out of this school,” she said. “Hearing all of the other people’s ideas—I’m blown away.”