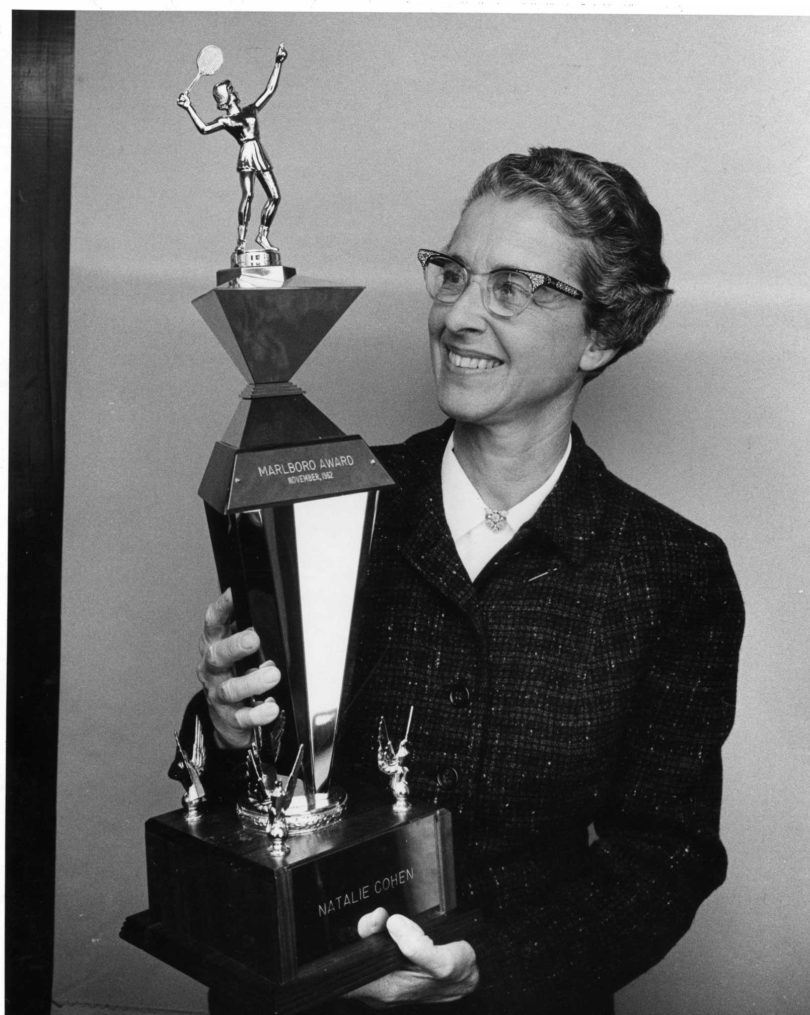 Though she was never a student at UGA like her father, Natalie Cohen had a love affair with UGA football that began almost a century ago and lasted a lifetime.

Cohen’s affection for the university and Bulldog football was evident when she died last year at age 94. Her will revealed a bequest of more than $1.8 million to UGA, one of the more sizable gifts the university has received from a donor who was not a graduate.

At her request, the gift went into UGA’s general scholarship fund to provide academic scholarships for students who need financial help.

“While Natalie wasn’t an alumna, she understood the importance of education, and she demonstrated her love for UGA in the best possible way—by helping ensure educational opportunities for generations of students,” said UGA President Michael F. Adams, who hosted Cohen in the President’s Box in Sanford Stadium. “She was a wonderful friend, and we are deeply grateful for her generosity.”

Cohen, born in Atlanta in 1912, was a noted Georgia amateur tennis champion in the 1940s and 1950s and later served more than 50 years as a certified umpire for the U.S. Tennis Association, breaking the gender barrier for officiating at major matches and once gaining national notoriety for a spat with tennis star Ilie Nastase.

One of her great joys was coming to UGA football games. She began attending as a child with her father, Dewald Cohen, a 1903 UGA graduate, and continued as a season ticket holder until late in life. She often was accompanied by close friends such as J. Donnally Smith, her tennis doubles partner for more than 40 years, and Sybil Rainey of Atlanta.

“Natalie and her father used to watch games at the old (Herty Field) before Sanford Stadium was built (in 1929),” said Rainey. “She loved her father very much, and she loved UGA because her father went there.”

Dewald Cohen was a prosperous Atlanta insurance and real estate executive. When he died in 1967, he left a large inheritance to his daughter, an only child, said Beryl Weiner, an Atlanta attorney who represents Natalie Cohen’s executor, Wachovia Bank.

Natalie lived in Atlanta all her life except while attending the University of California, Berkeley, where she earned a political science degree in 1934. She worked from 1936 to 1967 for federal agencies including the Civil Service Commission and the South Atlantic Engineer Division, then served 13 years as the first executive secretary of the Southern Tennis Association.

Never married and with no immediate family, Cohen lived frugally, invested wisely and was able to double her inheritance, said Weiner. She left about a third of her estate to UGA with the rest going to the University of California, The Temple in Atlanta and friends, Weiner said.

“Her bequest to UGA was her way of honoring her father,” said Weiner, who earned his undergraduate degree at UGA in 1954 and law degree in 1955. “She loved the University of Georgia and Georgia football.”