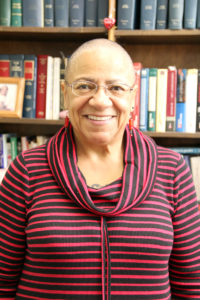 Dawn Bennett-Alexander, associate professor of employment law and legal studies in the Terry College of Business, was quoted recently in the Huffington Post’s “Black Hair Defined” series, where readers share their photos, videos and stories.

“When my friend Carolyn and I cut our permed hair down to its natural roots during Thanksgiving break because we had no way to maintain the perms in the middle of the cornfields of Ohio where we had come as freshmen, we had no idea the impact it would have when we stepped back on campus after the break. Forty-five years later, the president of the Black student group wrote about how it totally shook things up, upped the ante, and made us one of the most active Black Power campuses for small Ohio colleges. Who knew? We just needed to deal with our hair,” she wrote.