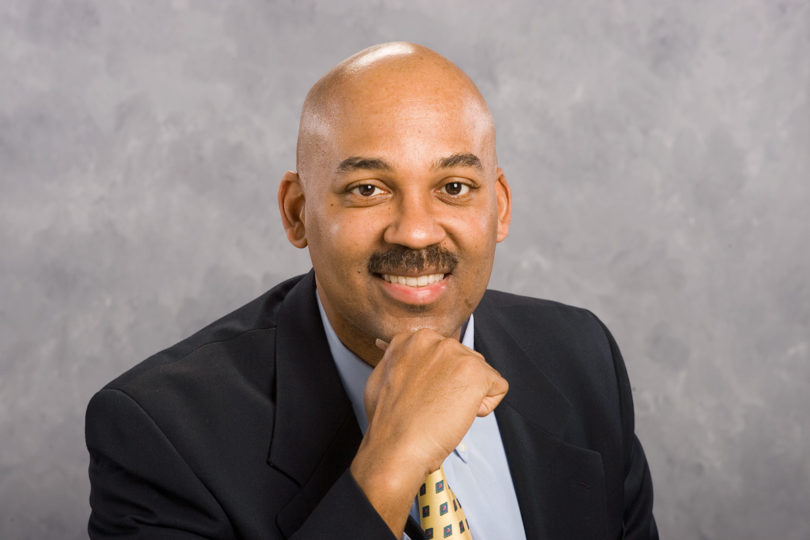 Mark Dawkins knows what it’s like to be one of a handful of African-American students in a predominantly white university environment.

First at Georgia Tech, then at the University of Florida, Dawkins found himself studying on campuses where he sometimes felt like a black cork bobbing in a sea of white faces.

“There were not a lot of students of color,” he says. When he started work on his M.B.A. at the University of Florida, he was the only African American among the 110-member class.

With those experiences in mind, Dawkins is working to make sure minority students interested in attending the Terry College of Business feel welcome and supported, as the ­business college’s first director of diversity ­relations.

It’s a position Dawkins himself crafted with the support of Terry College Dean George Benson, who had a person working for him in a similar capacity during his time as dean of the business school at Rutgers.

Dawkins’s own efforts to encourage academic diversity go back to his days in the accounting Ph.D. program at Florida State University. While still a student, he helped plan and launch the nationally renowned Ph.D. Project, an affiliation of businesses and academic institutions that promotes diversity among business school faculty by encouraging minorities to pursue Ph.D.s.

Dawkins now attends the Ph.D. Project’s annual conferences with an eye toward recruiting minority Ph.D. candidates to the Terry College. It’s all part of his stated mission-promoting a supportive and inclusive environment for minority business students, beginning with Terry’s Ph.D. program.

It’s not enough for Terry to just recruit minorities to the Ph.D. program, he says. The school has to really care for its Ph.D. candidates, both in the interests of diversity and of fiscal responsibility.

Budget money spent on stipends is wasted if the Ph.D. candidate decides to leave the program for personal ­reasons.

“Staying involved with students is particularly important at the Ph.D. level because you have people with families who have other issues that come up,” says Dawkins. “If you’re not in touch with that, you might never know about it and the next thing you know, they’ve left your program. We don’t want to find out that we lost a student because we didn’t check on him/her after we recruited them to Terry.”

One of the tools he uses to help keep in touch are the monthly socials he organizes (he calls them “Happy Hours”), to which he invites not only Terry’s minority students but also Terry’s minority faculty.

While admittedly not as large as he’d like it to be, he says Terry’s faculty is more diverse than that at many other comparable business schools, and that works to its favor when recruiting students of color.

“Students want to know, ‘When I come to your campus, am I going to see someone who looks like me?’ ” he says. “As a minority student, you can always hope that you can go to that [minority faculty member] and they’re going to understand what you’re going through and be supportive. I think that’s another big issue.”