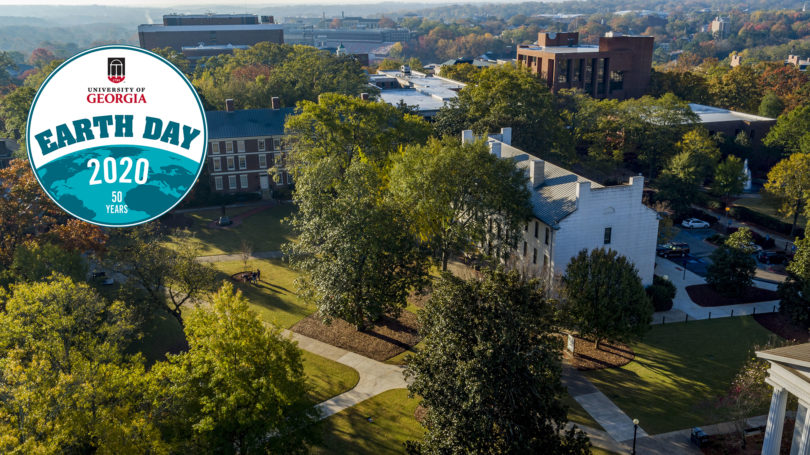 The morning of April 22, 1970, was clear and sunny in Athens, and the atmosphere was both urgent and hopeful as crowds of students, faculty and local residents made their way to Memorial Hall on the University of Georgia campus. The first observance of Earth Day was about to get underway.

“It was a time of doing, of huge anxiety because of the [Vietnam] war, but also some optimism that we could turn things around on the planet,” said Chris D’Elia, who earned his Ph.D. in 1974 and was one of the group of grassroots Earth Day organizers at UGA. He is now the dean of the College of the Coast and Environment at Louisiana State University. “It was a really big thing.”

The spring of 1970 was a time of uncertainty. Martin Luther King Jr. and Bobby Kennedy had been assassinated two years earlier. The conflict in Vietnam was raging, and anti-war protests were spreading across the U.S.

Concern about the state of the environment was rising too, galvanized by “Silent Spring,” Rachel Carson’s 1962 bestseller about the toll rampant pesticide use was taking on birds and other wildlife. Smog routinely blanketed many of America’s major cities, and millions of gallons of raw sewage and chemical wastes were pouring into the nation’s rivers and streams every day. Time Magazine had recently run a story that featured the heavily polluted Cuyahoga River in Cleveland, Ohio, so full of oil and other wastes that it burst into flames in 1969.

It was against this backdrop that the first Earth Day was conceived by U.S. Sen. Gaylord Nelson of Wisconsin. Dismayed by witnessing the results of a catastrophic oil spill off the coast of Santa Barbara, Nelson was inspired to launch a national “teach-in on the environment” to take place at colleges and universities across the U.S. on April 22, 1970.

The idea was enthusiastically embraced, including at the University of Georgia, where organizing efforts were led by students and faculty from the Institute of Ecology and the newly formed student organization Balance.

“Balance was a group of graduate students from different disciplines on campus,” said Julia Krebs, who received her Ph.D. in 1977 and served as the group’s secretary. She is now professor emerita of biology at Francis Marion University. “Most of us were biologists or ecologists, but there were students from all over, and of course, the faculty were very supportive.”

The main objective of Balance, according to its statement of purpose, was informational.

“In this time of environmental crisis both impending and existent, we feel it is necessary that the public be informed in the basic principles of ecology and be made aware of the problems facing the human species in relation to its environment. It is to this end that Balance is dedicated,” the organizers wrote. 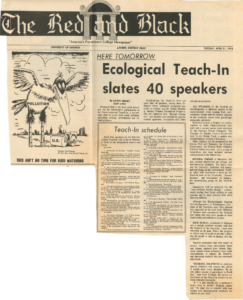 “The first Earth Day at UGA was a natural extension of the faculty and student interests to understand how the world was changing, to figure out the patterns, and to do something beyond our everyday cocoons,” said R. Eugene Turner, who earned his Ph.D. in 1975 from the Institute of Ecology and helped plan the UGA events. He is now the LSU Boyd Professor of Oceanography and Coastal Sciences at LSU.

The teach-in they designed—one of thousands held across the country that day—focused on educating the public about ecology and our relationship to it, analyzing the roots and scope of the ecological crisis, and exploring alternative options. Thanks to the group’s remarkably successful efforts at publicity, it drew an estimated 3,000-5,000 students and community members—an impressive number given that UGA’s total enrollment was just under 18,000 at that time.

“The thing that I remember the most was how actively people participated,” said D’Elia. “It was big for the university and many people were involved, many students were involved.”

Classes were canceled for the day as attendees packed Memorial Hall classrooms from 9 a.m. to 6 p.m. to hear talks on topics like the principles of ecology, environmental planning, agriculture, forest resources, water pollution and waste disposal. Most of the speakers were faculty members and graduate students recruited from all over campus. Besides the Institute of Ecology, speakers came from units including the schools of environmental design, social work, law, forestry and agriculture and the departments of psychology, music, and philosophy and religion. 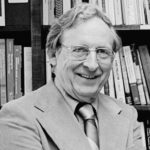 Here is audio of Eugene Odum talking about the first Earth Day one year later.

“I think the (Earth Day) activities resulted in a general awareness of everyone of the seriousness of environmental problems. What we observed in the past year is a kind of quiet revolution in attitudes.”

Memorial Hall was filled with exhibits and informational tables hosted by organizations ranging from the long-established Sierra Club to the newly formed local group Consumer Action, where the focus was on what individuals could do to protect the planet and reduce pollution. The Georgia Museum of Art hosted a temporary installation in its foyer, a mound of earth created over several days by students who contributed handfuls of soil collected from all over Athens. And students created an Earth Day publication, Toward Balance, that covered many of the topics featured at the teach-in.

The day’s events were capped with a talk by Eugene Odum, the founder of the Institute of Ecology, now the Odum School of Ecology. He compared Earth’s environmental crisis to the Apollo 13 mission, which just a few days before had nearly ended in tragedy when an explosion caused a significant loss of oxygen, leaving barely enough to sustain all three crew members. Odum asked what kind of choice the astronauts would have had to make if there had only been enough oxygen for two. “Let’s don’t get the Earth’s spaceship where we have to make that kind of decision,” he said. “We need to chart another course.”