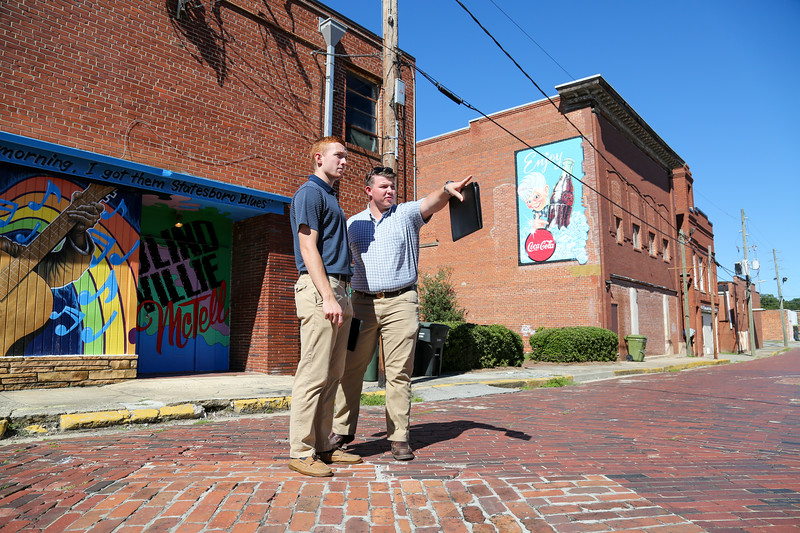 Thomson-McDuffie County is the inaugural recipient of the University of Georgia’s Connected Resilient Community designation, which recognizes Georgia communities that partner with university experts to increase economic development potential.

McDuffie County has been a UGA Archway Partnership community since 2017 and, in the past five years, has worked with UGA on a number of projects designed to address local challenges. 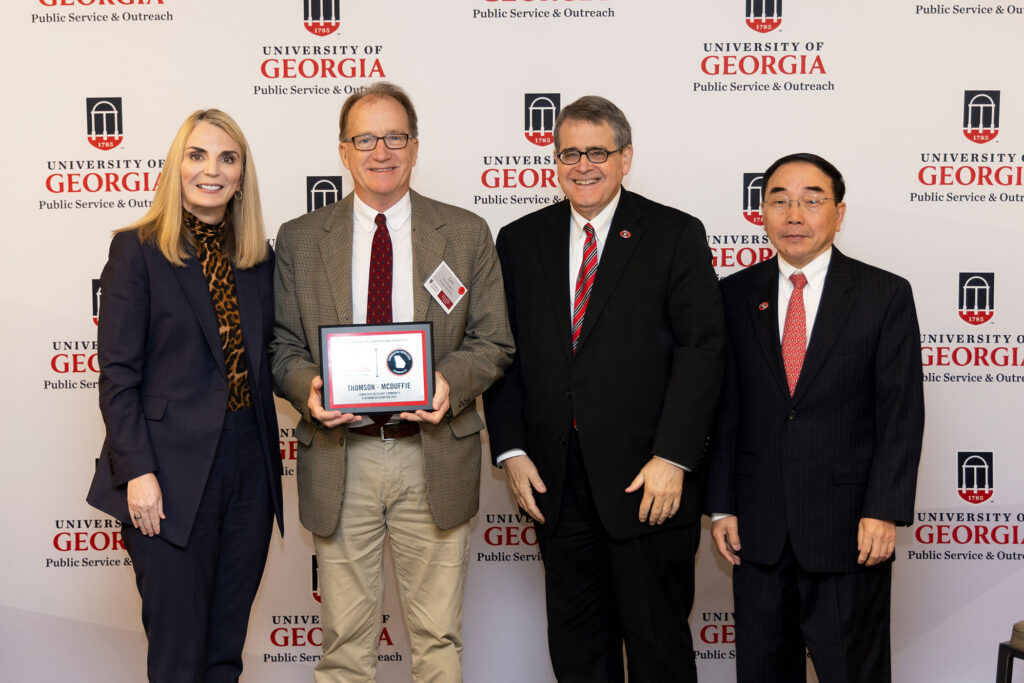 UGA President Jere W. Morehead announced the CRC program during his 2022 State of the University Address in January, noting that UGA faculty, staff and students already were working on projects throughout Georgia’s 159 counties to increase economic sustainability and resiliency.

“Through this program we will work hand-in-hand with communities to build and implement economic and community development plans, harnessing our significant capabilities in data analytics, civic engagement and technical assistance to help them identify future challenges as well as opportunities for growth and prosperity,” Morehead said.

Facilitated by the Archway Partnership, a UGA Public Service and Outreach unit, the Connected Resilient Communities program receives funding from the UGA Office of the Senior Vice President for Academic Affairs and Provost.

The program also received a generous contribution from the UGA Foundation to use for operating expenses and to establish an endowment. The foundation gave Public Service and Outreach another generous amount to support community economic development efforts led by the Carl Vinson Institute of Government.

The inaugural CRC designation was presented to community leaders from Thomson-McDuffie County on April 18 during the 2022 Public Service and Outreach Awards Luncheon at the Georgia Center for Continuing Education and Hotel. The next four communities to work toward the designation were announced during that luncheon as well. They are Hart and Washington counties, both Archway Partnership communities; Newton County; and the City of Thomaston.

These communities will partner with experts from UGA to complete three projects designed to increase resiliency over a period of 12-18 months. Communities receive silver and gold medals after projects one and two, respectively, and a platinum medal after project three, signifying they have earned the CRC designation through extraordinary planning, collaboration and partnership with UGA to build a prosperous future. 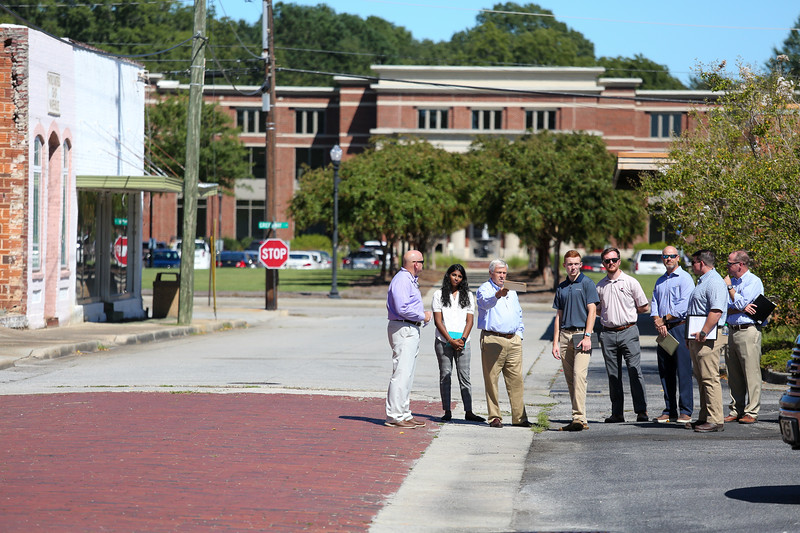 Eligibility for the program is currently limited to Tier 1 and Tier 2communities as designated by the Georgia Department of Community Affairs — communities with the highest unemployment rate, the lowest per capita income and the highest percentage of residents living below the poverty level.

Thomson-McDuffie County was the pilot community for the Connected Resilient Communities program.

“The Thomson-McDuffie County community rallied around the Archway Partnership program from the very start, eagerly looking for opportunities to grow leadership potential, enhance its workforce and bring in UGA experts to increase economic development potential through recreational tourism and a revitalized downtown,” said Jennifer Frum, vice president for UGA Public Service and Outreach. “This CRC designation differentiates that community from others in a highly competitive landscape.”

The three projects Thomson-McDuffie submitted to be considered for the CRC designation were:

Resilient communities prepare for the future, and succession planning is a key element of that preparation. Through the J.W. Fanning Institute for Leadership Development, the county revamped its well-established Leadership McDuffie program with a more intensive approach to developing the next generation of leaders through professional development, networking and mentoring. The first class began in fall 2020 and graduated in summer 2021. The next group will begin this year.

Resilient communities identify opportunities to develop unique assets and natural resources to build economic development through recreational tourism, a $27 billion industry in Georgia. Faculty and students from the UGA College of Environment and Design worked with McDuffie County to develop a master plan for additional boat launches and a trail system at Clarks Hill Lake to take advantage of open spaces for recreation. The county will use the plan to apply for state grants to fund the projects.

Resilient communities ensure that infrastructure is well maintained and up to date, constantly looking for opportunities to improve functionality and meet the changing needs of residents. Faculty and students from the UGA College of Engineering helped Thomson city officials think of ways to revitalize the downtown Journal Street corridor, which has been plagued with drainage issues, unsightly utility lines and a foreboding appearance. They reimagined a Journal Street alley as an attractive outdoor dining location, with a walkable brick road that would spur further redevelopment efforts. The Journal Street corridor was identified as a project in a larger downtown redevelopment plan developed earlier by the Vinson Institute.

“Completing projects in several of these designated areas that are criteria for a resilient community is something we’ve been working on for the last five years,” said Don Powers, chair of the Thomson-McDuffie Archway Partnership and president of Forward McDuffie. “Resiliency, to me, means that you have the ability to weather whatever comes your way. Right now, we collaborate with Archway and UGA, but there may come a time when we’re not an Archway community, and we have to build that internal ability to solve our own problems.”