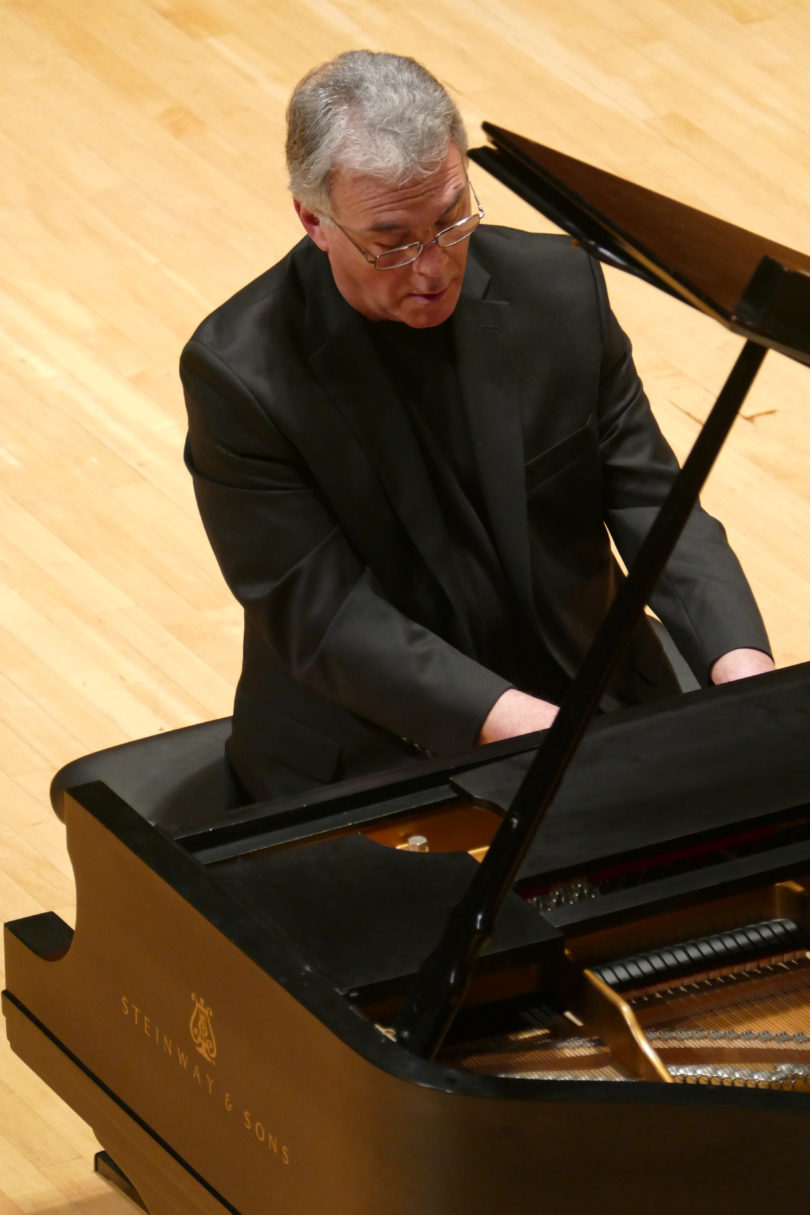 Evgeny Rivkin, professor of piano in the Hodgson School of Music, will perform in the first Thursday Scholarship Series concert of 2018.

The Hugh Hodgson School of Music will ring in 2018 with a solo recital of piano works by professor of piano Evgeny Rivkin on Jan. 11 at 7:30 p.m. in the Hodgson Concert Hall. The performance is part of the 2017-2018 Thursday Scholarship Series.

Rivkin often begins the performance schedule for the series each year. He will lend his deft touch to a variety of musical selections by composers such as Schumann, Beethoven and Scriabin.

“Each year for this performance, I try to present a versatile program of classic favorites and combine different styles and genres,” he said. “This time, I’ll be playing Beethoven’s Sonata No. 27, a very warm and poetic work; a selection of pieces by Schumann with fast changing characters in them that try to communicate and co-exist within the same environment; and Scriabin’s 24 Preludes, another kaleidoscope of moods, feelings and sensations in a very compact form.”

Rivkin, a native of Russia, has enjoyed a robust solo career and has continued to perform and teach worldwide since his appointment at UGA in 1995. He has mentored countless musicians in his 21 years at UGA. He has performed across the globe in some of the world’s premier concert halls, including Carnegie Hall and Leipzig’s Gevandhaus, and won third place in his home country’s prestigious International Tchaikovsky Competition.

Tickets for the performance are $20 or $6 with a UGA student ID. Tickets are available at the Performance Arts Center box office, online at pac.uga.edu or by phone at 706-542-4400. Those unable to attend can watch the concert live on the Hodgson School’s website at music.uga.edu/streaming.

The Thursday Scholarship Series began in 1980 and, as the flagship concert series at the Hugh Hodgson School of Music, continues the tradition of “Music Appreciation Programs” started by Hugh Hodgson himself in the 1930s. Proceeds from contributions and ticket sales to these concerts are among the primary means through which School of Music scholarship funds are raised each year.

The UGA Hugh Hodgson School of Music sponsors more than 350 performances each year. To view the performance calendar, subscribe to the weekly email concert listing, and to learn more about the School of Music, go to music.uga.edu.