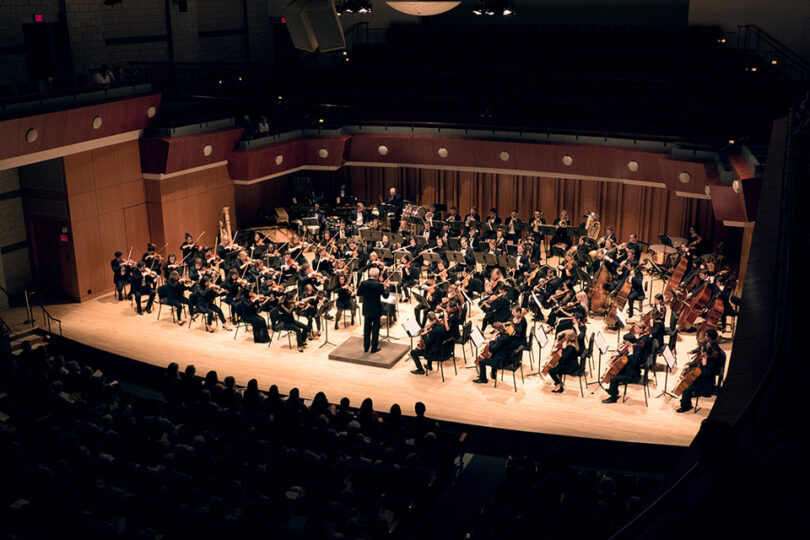 The Hugh Hodgson School of Music Thursday Scholarship Series will open Sept. 15 at 7:30 p.m. in Hugh Hodgson Concert Hall. Featured during the concert will be the University of Georgia Symphony Orchestra.

Since 1997, the UGA Symphony Orchestra has opened this series, just weeks after classes begin. For this year’s concert, conductor Mark Cedel has chosen a selection of concert favorites.

Opening the concert will be “Roman Carnival Overture” by Hector Berlioz. In this overture, the audience can hear the same vitality and colors one hears in the composer’s most famous work, “Symphonie fantastique.” Following the overture, the orchestra will perform the “Firebird Suite 1919” by Igor Stravinsky. Stravinsky was a young, virtually unknown composer when Diaghilev recruited him to create works for the Ballets Russes. The success of the ballet was the start of Stravinsky’s partnership with Diaghilev, which would subsequently produce further ballet productions until 1923, including the acclaimed “Petrushka” (1911) and “The Rite of Spring” (1913). The concert will conclude with a performance of Brahms “Symphony No. 3 in F Major.”

Tickets are $20 for adults and $3 for children and students and are available from the PAC box office or online at pac.uga.edu.