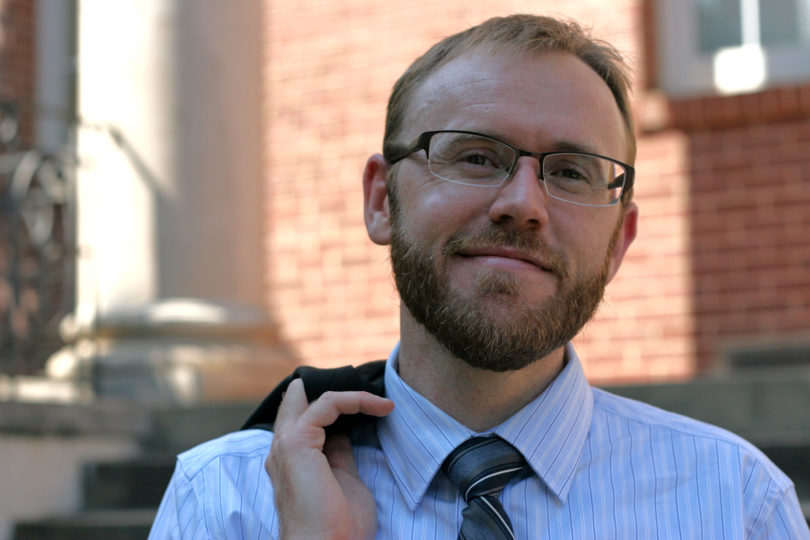 Athens, Ga. – Joshua Haynes, an instructor and recent doctoral graduate in the University of Georgia department of history, normally spends his days teaching, conducting research or digging into historical archives. But this summer shortly before defending his dissertation, he spent two days with country music singer Trisha Yearwood as she discovered her family heritage on the TLC television series “Who Do You Think You Are?”

He helped Yearwood, a Georgia native, make sense of how her relatives came to a Colonial state in the 1770s. Haynes’ specialty—Native American history specifically dealing with Muskogee Creek border conflicts—was just what Yearwood needed to make sense of her family’s heritage.

“When TLC contacted me, I thought immediately of Josh for two reasons,” said Claudio Saunt, who is the history department head in the Franklin College of Arts and Sciences and Richard B. Russell Professor of American History. “First, TLC was interested in learning more about the relationship between Georgia colonists and Native Americans in the 1770s, and Josh had just completed an excellent dissertation on the subject—he’s an expert. Second, he’s a talented teacher, and I knew that he’d excel at speaking to a TV audience about the complexities of early American history.”

Following a genealogy search that led Yearwood from England to Eatonton, Haynes was consulted to help make sense of the context that brought her family to Georgia.

“Trisha Yearwood had an ancestor who was on the border with Creek country,” he said. “And sure enough, he was involved directly in conflict with Creeks.”

Haynes said the opportunity to serve as a historian on TV is of great significance. He’ll be hitting the job market soon, and being visible on a national television show is great exposure.

Plus, working with a multiple Grammy Award-winner was an all-around great experience, Haynes said.

“I totally respected her intellect. She was very sharp, very quick on the uptake,” he said. “We had two days worth of conversations, and by the end of it I had tremendous respect for her. I get the sense that with her intelligence and charisma, she probably would have been successful at whatever she wanted to do.”

Haynes is back in the classroom this fall, teaching U.S. and Native American history to undergraduate students at UGA. He enjoys all facets of being a historian-teaching, researching and writing.

“I genuinely enjoy being in the classroom,” he said. “I also love getting lost in the archives for hours, and one of my favorite things to do is to sit down and write and edit and rewrite. One of my students told me that, after taking my class, she understood that good writing is good rewriting. It was one of the best compliments I’ve ever gotten from a student.”