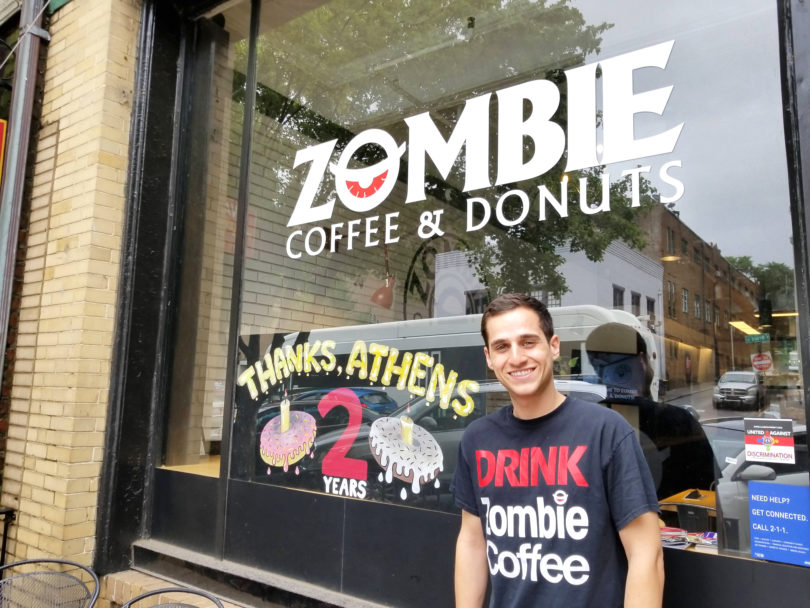 Tony Raffa founded Zombie Coffee and Donuts in 2016, the same year he graduated from UGA.

University of Georgia alumnus Tony Raffa had an unusual pitch for potential investors in his coffee and doughnut shop. “I told them, ‘I have no idea what I’m doing, but I know people who know what they’re doing—and I have a lot of passion.”

Those people he was referring to were primarily professors at UGA’s Terry College of Business where Raffa was still a student. The pitch worked, and Zombie Coffee and Donuts was born in 2016, the same year Raffa graduated from UGA.

Raffa also found help through UGA’s Next Top Entrepreneur contest, a competition held each year in April by the Terry College. Raffa didn’t win the contest, but being involved connected him with potential investors.

Zombie just celebrated its two-year anniversary, so it’s safe to say that Raffa now has a better idea of what he’s doing.

Even though Raffa was quite young when Zombie launched, this wasn’t his first business venture. In high school, he started a company with two friends building websites and fixing computers. During his first year at UGA, he had a small tech company called DSY. One of the company’s passion projects was a social app for cafes and bars called Bumpin’. The app’s purpose was to turn lingerers at tables into sales by encouraging people who had been in one place studying for a long time to buy another coffee by offering a coupon on Bumpin’.

Next, Raffa tried out pop-up coffee shops inside frozen yogurt stores in the D.C. area, which were owned by a mentor and a friend of the family. When the coffee didn’t take off, Raffa tried adding doughnuts to the equation after finding an old doughnut-making machine, and people loved it. “I never thought I’d be in coffee and doughnuts, to be honest,” Raffa said. “I just saw an opportunity and I seized it.” 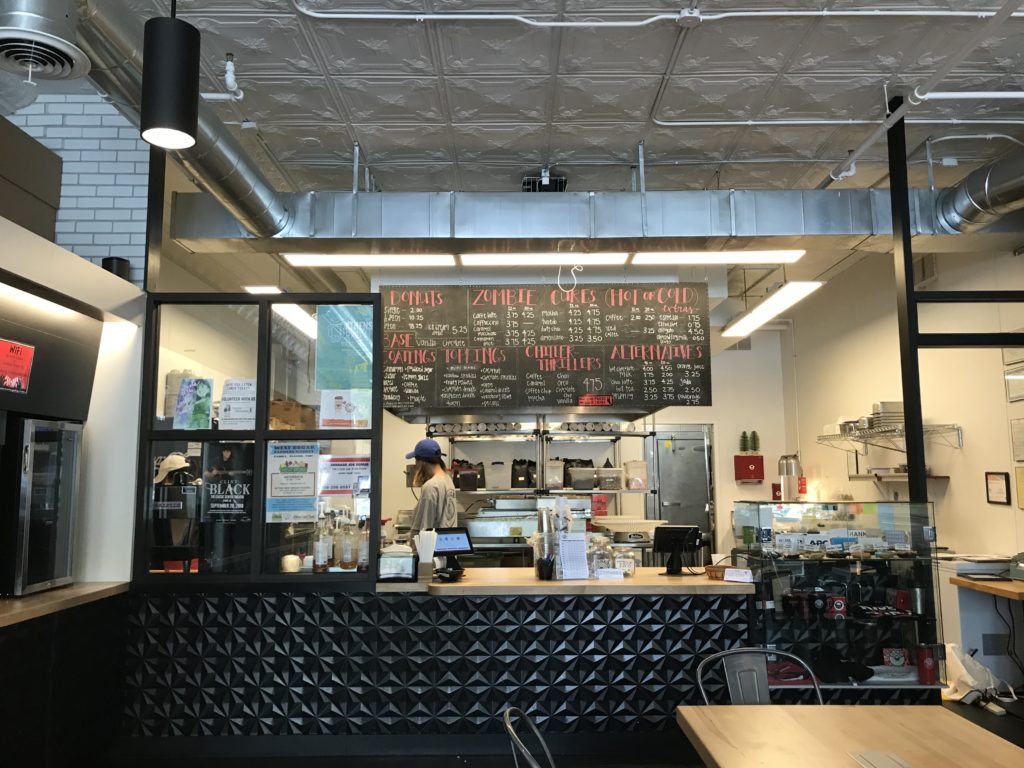 Giving back is good business

The type of business wasn’t ever as important to him, Raffa said, as the opportunity to prove the value of social giving through business. Each month, Zombie Coffee and Donuts features three local nonprofits, telling their stories on a wall in the shop. This month the local nonprofits are Samaritan Center for Counseling and Wellness, the UGA Filipino Student Association and the Clarke County Mentor Program. Customers are given a token to vote for their favorite, and at month’s end, the winner receives 5 percent of Zombie’s gross profits from that month.

His parents inspired him to incorporate a giving model into his business. Both Raffa’s mother and father worked as accountants at PricewaterhouseCoopers in Washington, D.C. They left to start their own accounting shop that served only nonprofits. Raffa watched the business go from the two of them when he was small to its current size of 200-plus employees.

There were struggles along the way, Raffa said, particularly during the economic downturn in 2008. “When many small companies were going out of business during the Recession—most companies their size went away. That wasn’t the case for them,” Raffa said. “I think their business made it because it was focused on social good. People thought, ‘They’re giving to us so we need to give back to them.’”

Raffa likes trying out a social giving model with a doughnut and coffee shop. “It’s one of the most basic businesses, and if we can make this model work, then it can work with lots of different types of businesses. If there is anything I want to teach the world—and I don’t mean to get on a soapbox—is that social business isn’t just for the good stories and so you can sleep at night. All that is true, but I truly 100 percent believe that it’s also good business.”

Because Raffa felt so supported by the professors at UGA, he works hard to help student entrepreneurs whenever he can. Several student-startup products are featured at Zombie, like Leaf it to Tea, Gather Kitchen and Nedza’s waffles. And he is open to giving advice or helping with projects whenever he can.

Zombie now has two locations, one in Athens and one in Columbia, South Carolina, proving the concept that social giving and doughnuts are a viable combination. 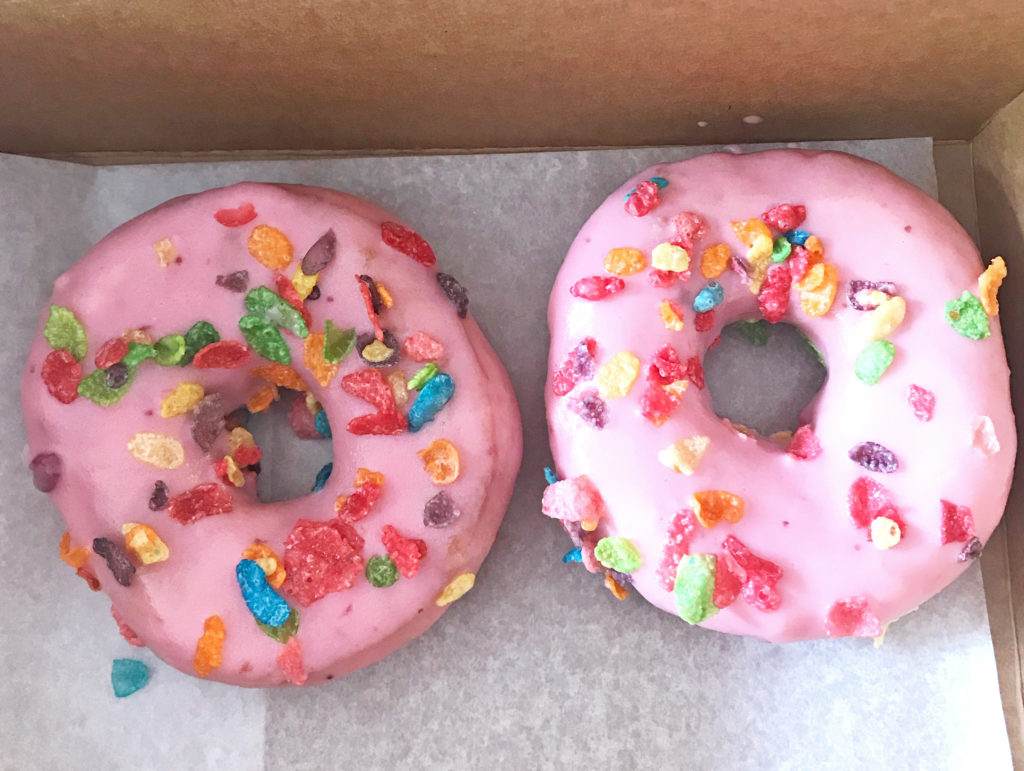