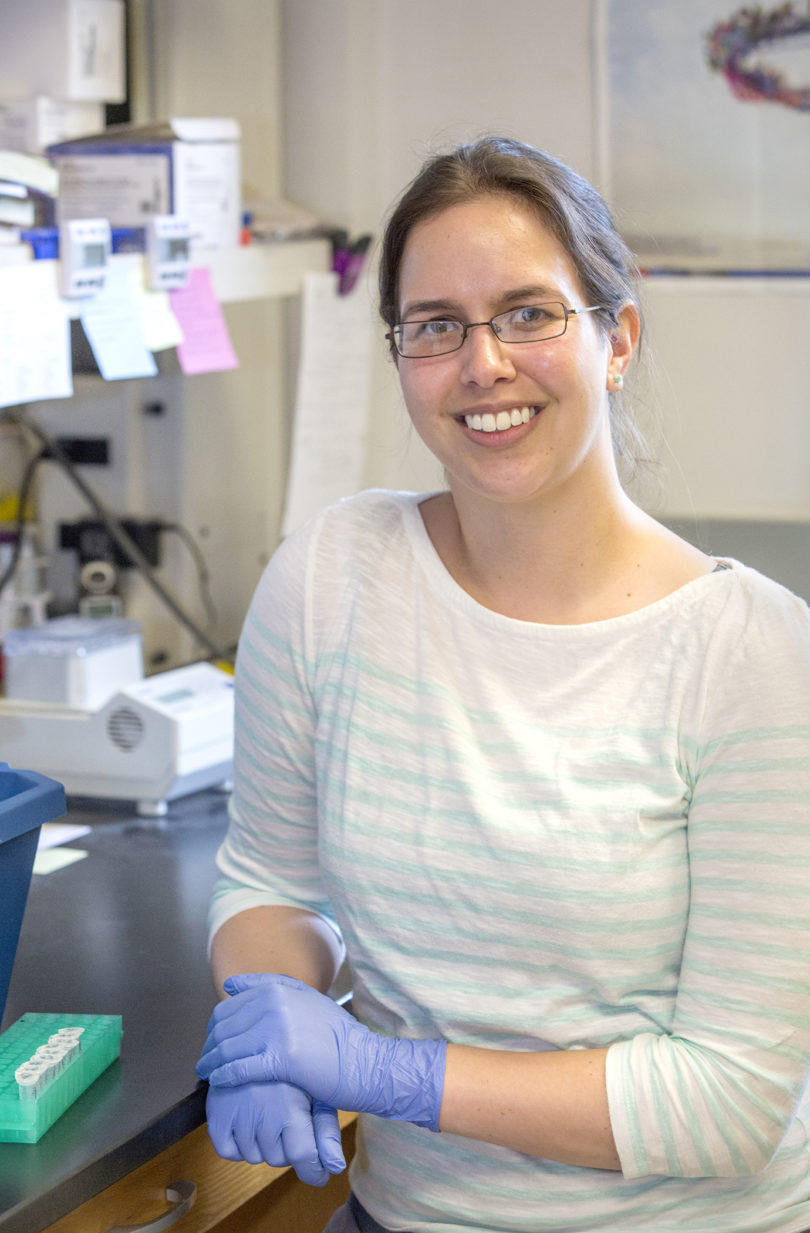 Athens, Ga. – New research at the University of Georgia has found that the presence of Tpl2—an enzyme that regulates inflammation—controls the activation of T cells during colitis, an autoimmune disease that occurs when the inner lining of the colon is inflamed.

Autoimmune diseases, like colitis, are estimated to affect 5 to 8 percent of the population. Side effects of colitis can include abdominal pain, rectal bleeding and diarrhea. Since there is no cure for colitis, most patients use medications to treat their symptoms. Figuring out the cause of colitis and how to cure it has challenged researchers for years.

Multiple cell types contribute to colitis development, including T cells. In this study, Nicole Acuff, a fourth-year Ph.D. student in the UGA College of Veterinary Medicine, led the research designed to see whether Tpl2, a proinflammatory enzyme known as tumor locus progression 2, contributed to colitis caused by self-reactive T cells.

Under the guidance of Wendy Watford, an assistant professor in the department of infectious diseases, Acuff examined the role of Tpl2 in the activation of T cells during development of the disease. The study was published recently in PLOS One.

“Although these two types of T cells are important for fighting off different types of infections, their activation can go awry and lead to diverse autoimmune diseases, including colitis, rheumatoid arthritis and multiple sclerosis,” Watford said.

Acuff found that when Tpl2-deficient T cells were administered to T cell-deficient mice, they were equally likely to become Th17 cells but significantly less likely to become Th1 cells. These findings suggest that Tpl2 regulates the type of inflammatory response that develops and could be targeted to treat specific types of autoimmunity. In addition, Tpl2 deficiency promotes production of anti-inflammatory proteins that antagonize Th1 and Th17 responses.

Since the research studied Tpl2’s effect on mice, Acuff said that future tests are needed to better understand Tpl2 and how it could treat colitis in humans. Follow-up studies should also examine the effects of Tpl2 on other autoimmune diseases caused by activated T cells.