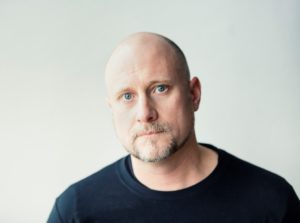 Internationally renowned artist Trevor Paglen will be in residence at the University of Georgia as the 2019-2020 Dodd Chair in the Lamar Dodd School of Art.

Paglen will work closely with faculty and students to teach graduate seminars in the fall and spring. While in residence, Paglen also will develop a new body of work that will be exhibited in Athens in fall 2020 and will give a public lecture on the subject of his work in March 2020.

Paglen is a conceptual artist, writer and geographer who uses lens-based technologies and public records to explore places, objects and structures that are typically hidden from view. Concerned with military and corporate power and the phenomena of mass surveillance and data collection, Paglen is best known for the process of “limit telephotography,” in which high-power telescopes in conjunction with cameras are used to photograph deliberately remote places such as military bases, satellites and prisons. More recently, Paglen has been focused on inhuman modes of seeing, collaborating with researchers in a variety of fields to understand what machines see and how their way of seeing changes the very nature of perception in the 21st century.

Paglen holds a Bachelor of Arts from University of California-Berkeley, a Master of Fine Arts from the Art Institute of Chicago and a Ph.D. in geography from UC-Berkeley. Paglen has had one-person exhibitions at Vienna Secession, Eli & Edythe Broad Art Museum, Van Abbe Museum, Frankfurter Kunstverein and Protocinema Istanbul and has participated in group exhibitions at the Metropolitan Museum of Art, the San Francisco Museum of Modern Art, the Tate Modern and numerous other venues. He has launched an artwork into distant orbit around Earth in collaboration with Creative Time and MIT, contributed research and cinematography to the Academy Award-winning film Citizenfour and created a radioactive public sculpture for the exclusion zone in Fukushima, Japan.

He is the author of five books and numerous articles on subjects including experimental geography, state secrecy, military symbology, photography and visuality. In 2017, he was a recipient of the MacArthur Genius Grant.