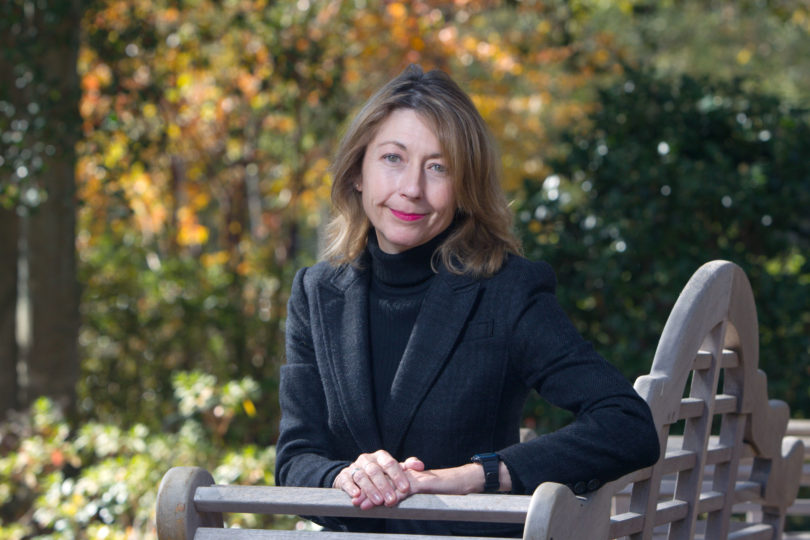 After two decades at UGA, Trish Kalivoda, senior public service associate in the Office of the Vice President for Public Service and Outreach, will retire on Dec. 1.

Kalivoda, who also is editor of  the Journal of Higher Education Outreach and Engagement, unofficially joined the university as an unpaid assistant in her father’s laboratory studying mosquitoes.

“I worked for him as a middle-schooler because I was interested in the science he was conducting,” she said.

Since then, her career has taken her from finance to faculty development to public service and outreach.

In 1969, Kalivoda moved to Athens with her family when her father, Arden Lea, accepted a position at UGA as a professor teaching general entomology and insect physiology. Six years later—before she herself enrolled as a student at UGA—she accepted her first university position as an assistant in her father’s laboratory. Little did she know this would jump start a very long career with the university.

“I never imagined when my family moved to Athens so long ago that I would still be here, but there really is no better place to work than at a university,” said Kalivoda. “What other institution in the world cultivates new knowledge, nurtures future generations of life-long learners and provides space for civil discussions on controversial topics?”

Her effort to support UGA’s public service, outreach and community engagement mission is evident throughout all aspects of her career. She has been instrumental in developing several awards and grants to assist UGA faculty members, including the Scholarship of Engagement seed-grant program, the Scholarship of Engagement Award and the Public Service and Outreach Fellowship program. She was a founding member of the UGA Teaching Academy and was a teacher and author herself in the field of teaching and learning. She also supported efforts to increase opportunities for UGA students to engage in course-based service-learning activities.

In 2009, Kalivoda became editor of the Journal for Higher Education and Outreach. During her time as editor, she oversaw the publication of 15 issues and led the transition of the Journal to an online, open-access journal. As a result, subscriptions have grown from fewer than 200 to a readership or more than 1,500 each month.

When asked what she would miss most about working at UGA, Kalivoda simply said, “the people.”

“It has been a privilege to work with so many highly esteemed people throughout my career,” said Kalivoda. “I had the great honor to work with past and present UGA faculty including Ron Simpson, Bill Jackson, Karen Holbrook, Art Dunning, Bob Bugbee, LaRue Sims and Virginia Sorrow, among many others. In the end, it is the human connections and friendships that mean the most.”