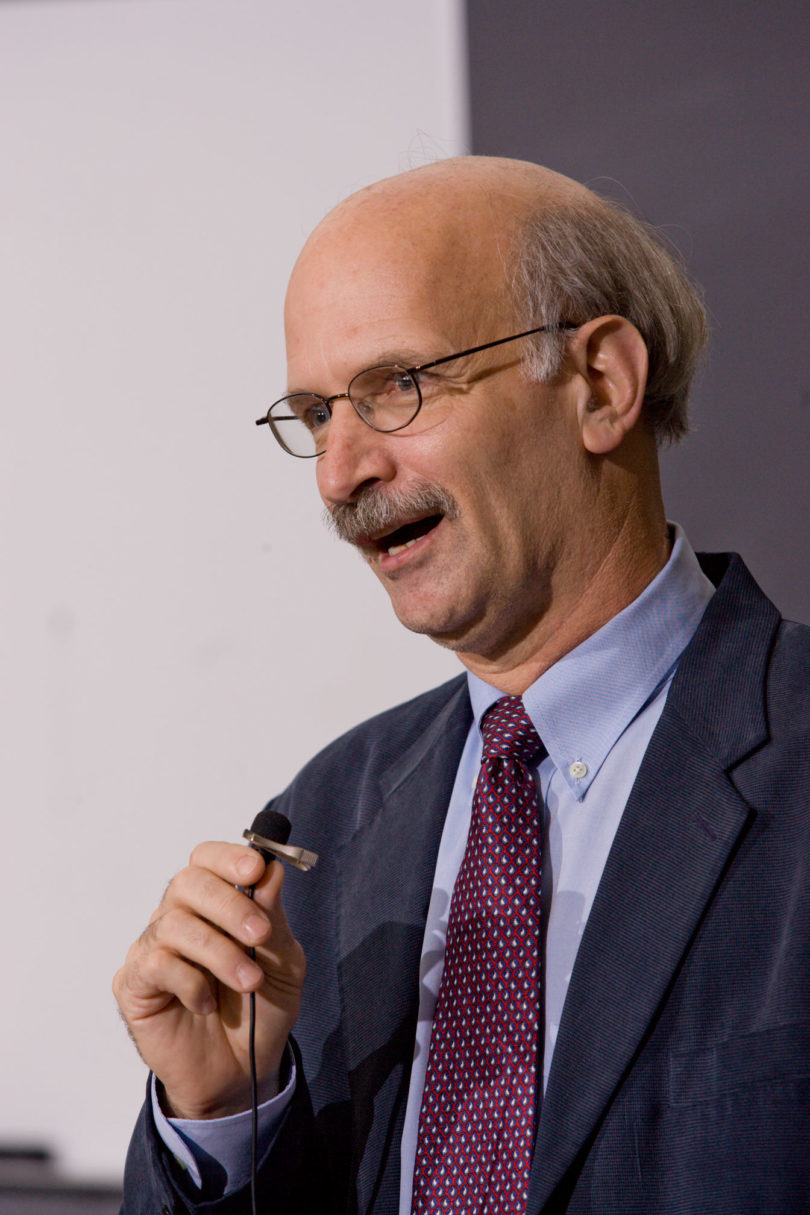 Trypanosomes are parasites responsible for ­African sleeping sickness, which results from the bite of infected tsetse flies and puts more than 60 million Africans in 36 sub-Saharan countries at risk.

A team of researchers at UGA and the University of Glasgow has now shown just how one species of these parasites evades the human innate defenses.

“We believe this research represents a paradigm shift and causes us to think more broadly about how pathogens avoid host defense mechanisms,” said Stephen Hajduk, professor and head of the department of biochemistry and molecular biology at UGA and one of the leaders of the research. “It turns out that African trypanosomes have evolved a diversity of ways to avoid human innate and acquired immune systems.”

The research, published in the Proceedings of the National Academy of Sciences, was a joint effort between UGA and a group led by Annette Macleod at the University of Glasgow in Scotland.

The need for a clearer understanding of how these parasites evade human immune systems is at the heart of a serious public health problem, Hajduk said. During the recent epidemics of African sleeping sickness, as many as half the occupants in some African villages were infected.

The trypanosomes that cause human disease, Trypanosoma brucei gambiense and T. b. rhodensiense, have evolved mechanisms to avoid the native human defense molecules in the circulatory system that kill the parasites that cause animal disease.

Human innate immunity against most African trypanosomes is mediated by a subclass of HDL (high density lipoprotein, which people know from blood tests as “good cholesterol”) called trypanosome lytic factor-1, or TLF-1. This minor subclass of human HDL further contains two proteins, apolipoprotein L-1 and haptoglobin-related protein, which are only found in primates. These proteins work together, in the lipid environment of the HDL particle, as a specific and highly active toxin against the trypanosomes that infect non-primate mammals. Despite its activity against some African trypanosomes, the toxin is completely nontoxic to the human sleeping sickness parasites.

The parasite that causes fast-onset, acute sleeping sickness in humans, T. b. rhodensiense, is able to cause disease because it has evolved an inhibitor of TLF-1 called Serum Resistance Associated (SRA) protein. Another species, T. b. gambiense, causes slow onset, chronic sleeping sickness and is responsible for more than 95 percent of the human deaths caused by these parasites. Until the research by Hajduk, Macleod and their colleagues, nothing was known about TLF-1 resistance in T. b. gambiense. Hajduk and Macleod report, for the first time, that T. b. gambiense resistance to TLF-1 is caused by a marked reduction of TLF-1 uptake by the parasite.

So how is this happening?

To survive in the bloodstream of humans, these parasites have apparently evolved mutations in the gene encoding a surface protein receptor that result in a receptor with decreased TLF-1 binding, leading to reduced uptake and thus allow the parasites to avoid the toxicity of TLF-1.

“Humans have evolved TLF-1 as a highly specific toxin against African trypanosomes by tricking the parasite into taking up this HDL because it resembles a nutrient the parasite needs for survival,” said Hajduk, “but T. b. gambiense has evolved a counter measure to these human ‘Trojan horses’ simply by barring the door and not allowing TLF-1 to enter the cell, effectively blocking human innate immunity and leading to infection and ultimately disease.”

The parasite may pay a price for blocking the uptake of a nutrient, but still the strategy works and the parasite can infect humans. Now that researchers know how the parasite survives, this may provide an intervention target that could keep the parasites from evading the human defense system. The result could be a newly strengthened innate defense system that halts the parasites in their paths.