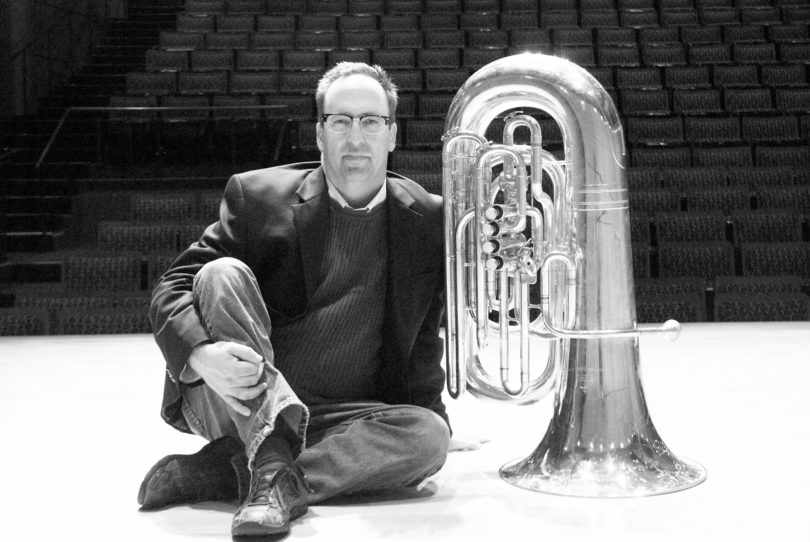 Athens, Ga. – The University of Georgia’s David Zerkel, a professor of tuba and euphonium in the Hugh Hodgson School of Music, will present the latest recital in the Hodgson Faculty Series Oct. 2 at 8 p.m. in Ramsey Concert Hall.

“I’ve performed and recorded works by each of these composers before, but this is the first time I’ve played these particular pieces,” Zerkel said. “Part of the reason I chose this music is because it is so challenging. Just as in any other discipline, the goal of staying at, or at least near, the cutting edge requires continuous improvement and challenging self-perceived boundaries.”

Zerkel will be joined onstage by Anatoly Sheludyakov, faculty pianist at the Hodgson School. Sheludyakov, a native of Moscow, has earned numerous accolades throughout his career, including first prize in the 1977 Russian National Piano Competition.

“Playing with Anatoly is great, because every time we work together I learn something new about the music, how it’s played and myself as a musician,” Zerkel said. “He’s a true collaborator.”

During his time at UGA, Zerkel has garnered an international reputation for maintaining one of the most successful tuba-euphonium studios in the nation. This year, Zerkel’s current and former pupils have taken top prizes in the ITEA solo, mock band and mock orchestral competitions; the Leonard Falcone International Euphonium and Tuba Festival; and South Korea’s Jeju International Brass & Percussion Competition. Alumni from the studio have performed with the Cleveland Orchestra, Chicago Symphony Orchestra and the New York Philharmonic. Each premiere military band in Washington, D.C., has at least one alumnus of the UGA Tuba Euphonium Studio among its ranks.

Tickets to the performance are $10 for the general public and $5 for UGA students with ID.

The next concert in the Hodgson Faculty Series will be feature double bass professor Milton Masciadri on Nov. 20. For more information on the Hodgson School, see http://www.music.uga.edu/.