Two distinguished University of Georgia faculty members, Michael Bartlett and Libby V. Morris, have been named University Professor, an honor bestowed on faculty who have had a significant impact on the university in addition to fulfilling their normal academic responsibilities.

Bartlett is the Georgia Athletic Association Professor in Pharmacy and the associate dean for science education, research and technology in the College of Pharmacy. Morris is the Zell B. Miller Distinguished Professor of Higher Education and director of the Louise McBee Institute of Higher Education.

“Dr. Bartlett and Dr. Morris are deeply committed to their students, their scholarship and, more broadly, elevating the University of Georgia as a whole,” said S. Jack Hu, senior vice president for academic affairs and provost. “They exemplify the unwavering dedication that makes our institution a leader in public higher education.” 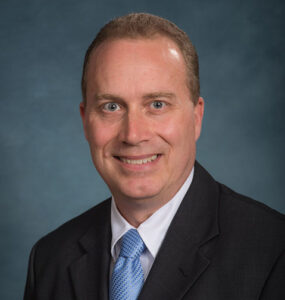 Bartlett has championed innovative curriculum and programs in the College of Pharmacy while also significantly elevating its research activity. His institutional contributions include service on the President’s Faculty Advisory Committee, the Graduate Council, Core Facilities Advisory Team, and the Provost’s Task Force on Academic Excellence.

The creation of new academic programs to prepare students for success while meeting industry needs has been a major focus of Bartlett’s work. He led the effort to create the college’s first undergraduate program in 2014 and also oversaw the creation of two Double Dawgs linked bachelor’s/master’s degree programs. The most recent Double Dawgs program created the nation’s first biopharmaceutical engineering program by linking a bachelor’s degree in biochemical engineering with a master’s degree in pharmacy.

To strengthen ties with industry, he instituted the Pharmaceutical Sciences Advisory Board, which is composed of executives from regional and international pharmaceutical companies. He is the founding director of the Institute for International Biomedical Regulatory Sciences, which augments the state’s efforts to attract life science companies to Georgia. In addition to housing graduate and certificate programs, the institute hosts two annual conferences with the Food and Drug Administration that bring significant recognition to UGA.

As the college’s associate dean for science education, research and technology, he oversaw the college’s 2020 – 2025 strategic plan, facilities upgrades, and faculty recruitment efforts that have resulted in a significant increase in extramural funding. He is currently leading the college’s recruitment of faculty through the Presidential Interdisciplinary Faculty Hiring Initiative in Data Science and Artificial Intelligence and also supporting the creation of two new companies based on faculty research.

His discoveries have resulted in more than 180 peer reviewed journal articles and book chapters and have been cited more than 4,500 times. He is the editor-in-chief of Biomedical Chromatography, a long-standing journal in his field.  He is a collaborative scholar who has published at least one paper with 18 different faculty members in the college. 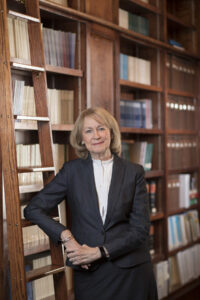 Morris has served in a number of senior leadership roles over the course of her career at UGA. In 2006, she became the first woman to direct what is now known as the Louise McBee Institute of Higher Education. Under her leadership, the institute established an Executive Doctorate in Higher Education Management in Atlanta and a master’s program in higher education. The institute was 14th in the U.S. News and World Report ranking of higher education administration programs when Morris assumed the role of director but is now consistently ranked in the top 10. In 2021, the institute was named in honor of Dr. Louise McBee, a former UGA academic leader and state legislator.

Morris’ scholarship focuses on evaluation and assessment, faculty development, academic programs and online education. She has forged international educational partnerships with universities in Austria, Croatia and China around critical issues in higher education and taught at the University of Heidelberg in Germany. In addition, she has worked with foundations, agencies and associations that include the Bill and Melinda Gates Foundation, the National Institutes of Health and the Croatian Agency for Science and Higher Education. From 2002-2019, she served as editor of Innovative Higher Education, a peer-reviewed international journal focusing on postsecondary education.

As vice provost for academic affairs from 2010-2013, she led the task force for the establishment of the Office of Online Learning and led a campus-wide working group focused on enhancing interdisciplinary activities at UGA. Morris founded the UGA Arts Council and spearheaded the launch of the Spotlight on the Arts festival, which has been held annually in November since 2012. Morris served as UGA’s interim senior vice president for academic affairs and provost on two occasions, in 2013-2014 and again in 2018-2019.

Morris was recognized with the Faculty Service Award from the UGA Alumni Association in 2021. Her additional honors include receiving the inaugural Spirit of Public Service and Outreach Award, the Institute for Women’s Studies Faculty Award, and the Blue Key Faculty Service Award. She was elected to the UGA Teaching Academy in 2004.

University Professors receive a permanent salary increase of $10,000 and a yearly academic support account of $5,000. A committee solicits nominations through deans and makes a recommendation to the provost. To learn more and to see a list of previously appointed University Professors, visit https://provost.uga.edu/resources/faculty-resources/professorships/university-professorships/.