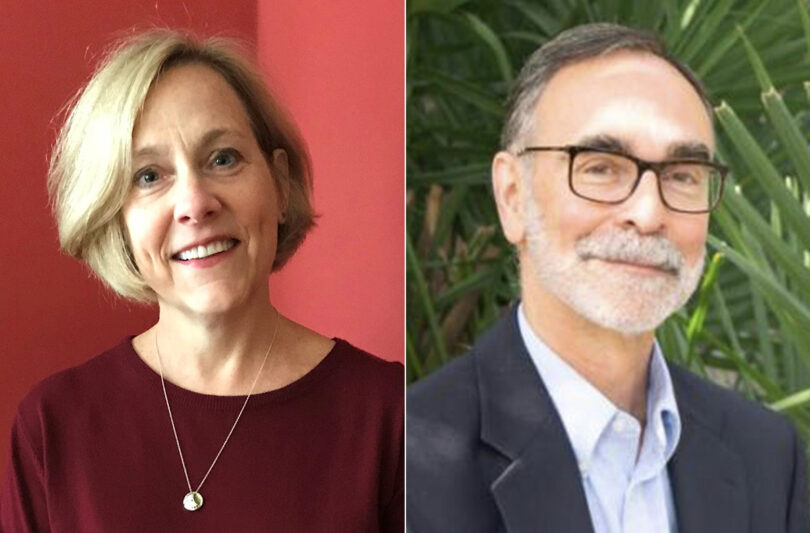 Two University of Georgia professors have been named Regents’ Professors, an honor  bestowed by the Board of Regents of the University System of Georgia for faculty whose scholarship or creative activity is recognized both nationally and internationally as innovative and pace-setting.

The university’s newest Regents’ Professors are Diane Marie Amann, the Emily and Ernest Woodruff Chair in International Law in the School of Law; and Steven R.H. Beach, Distinguished Research Professor in the department of psychology in the Franklin College of Arts and Sciences.

The appointments were recently approved by the board of regents and are effective July 1.

“Professors Amann and Beach have both built national and international reputations for their scholarship and research,” said S. Jack Hu, the university’s senior vice president for academic affairs and provost. “I congratulate them on this well-deserved recognition.”

Amann’s scholarship focuses on the ways that national, regional and international legal regimes interact as they endeavor to combat atrocity and cross-border crime. Her current research will produce the first-ever book, under contract with Oxford University Press, on the roles of women professionals at the 1945-46 war crimes trial before the International Military Tribunal at Nuremberg.

Since joining the law faculty in 2011, Amann has enhanced the School of Law’s global reputation through her prior service as associate dean for international programs and strategic initiatives and her current service as faculty co-director of the Dean Rusk International Law Center, and by advancing diversity, equality and inclusion throughout the law school. She has over 80 print publications in English, French and Italian. Her most recent edited book, “Arcs of Global Justice: Essays in Honor of William A. Schabas,” was published by Oxford University Press.

“Professor Amann has had a remarkable career to date. Not only is she a widely published and respected international law scholar, but she has also practiced law and served as an advisor to a wide range of institutions and organizations in the field of international human rights law,” said Catherine O’Regan, professor of human rights law and director of the Bonavero Institute of Human Rights at the University of Oxford. “She is recognized internationally as an expert and innovative scholar, someone who can analyze contemporary challenges in a thoughtful manner.”

Beach’s scholarship focuses on the way that community, family and marital process affect mental and physical health.  His pioneering work and collaborations have shown that strengthening close relationships, including marriage and parenting relationships, can play a critical role in reducing depression and physical health problems, and can buffer the impact of stress from economic and social factors. Beach also serves as co-director of the Center for Family Research Clinical Program in the Owens Institute for Behavioral Research at UGA.

Beach has over 250 peer-reviewed articles in leading journals, as well as multiple books and book chapters. He has received over $60 million in grant funding from organizations including the National Cancer Institute and numerous other divisions within the National Institutes of Health. Among other notable work, Beach recently initiated a program of research with African American families living in rural communities in Georgia, implementing the Promoting Strong African American Families. This program focuses on strengthening marital, co-parenting and parent-child relationships to help foster resilience to economic hardship and experiences of discrimination.

Beach has received numerous awards, including the Family Psychologist of the Year Award from Division 43 of the American Psychological Association, the President’s Award of Distinction for Team Science by the Georgia Clinical and Translational Science Alliance, and the Best Family Economics Paper of the Year by the National Council on Family Relations.

“Dr. Beach’s work has had a dramatic and positive impact in multiple areas, and I am certain that his future work will continue to further enhance our understanding of the ways in which strengthening marriages and families can improve the quality of lives and the health of communities,” said Lily D. McNair, president of Tuskegee University. “His focus on the health of those confronting multiple sources of chronic stress has been critical to this research effort.”