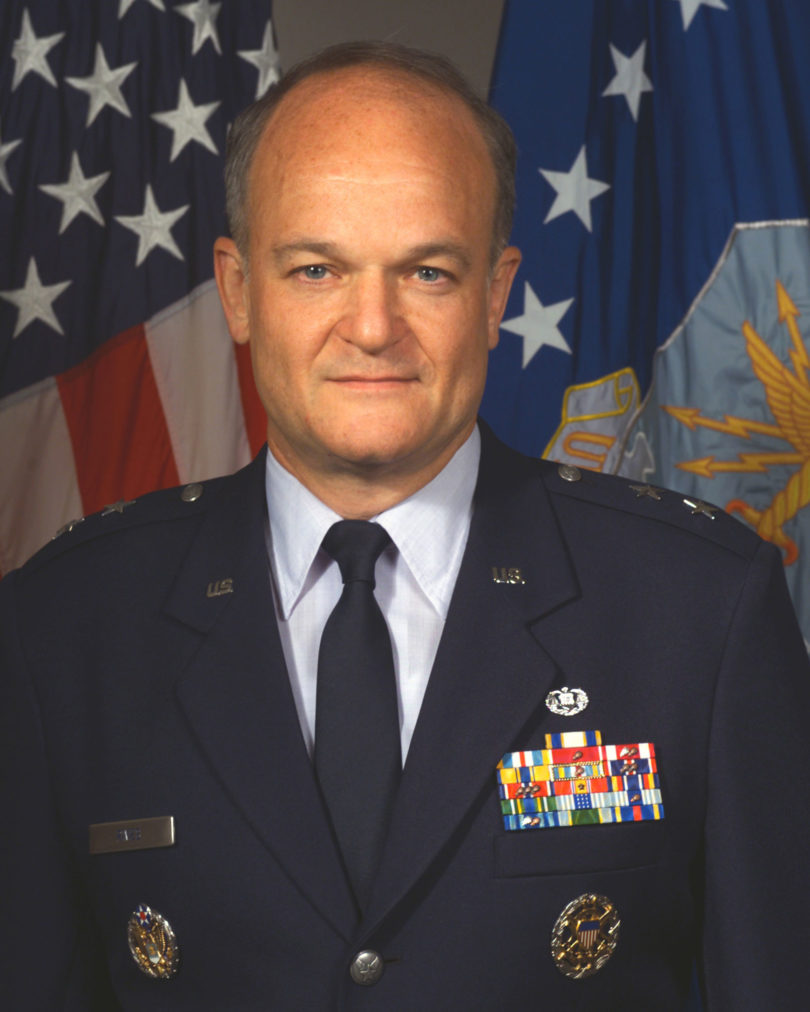 Maj. Gen. Jack L. Rives, the judge advocate general of the U.S. Air Force, will speak at the School of Law on Oct. 11.

A 1976 graduate of the law school, Rives is returning to speak about his career in the military and his current appointment as head of the Air Force legal team.
He will then answer questions from the audience. His presentation is open to the public and will begin at 10:30 a.m. in Room B of the law school.

As TJAG, Rives is responsible for overseeing more than 2,200 judge advocates, 350 civilian attorneys, 1,400 enlisted paralegals and 550 civilians in the Air Force’s Judge Advocate General’s Corps worldwide. He also provides advice to the Air Staff on all legal issues.

“We are honored to have Gen. Rives return to the law school to talk about his experiences as a lawyer in the military. It is not often that someone of this rank comes to campus and makes himself available to speak about the military,” said Paul M. Kurtz, associate dean for student affairs.

He also has served as a wing staff judge advocate, deputy legal counsel to the chairman of the Joint Chiefs of Staff, commandant of the Air Force Judge Advocate General School and the first chief of the Air Force Executive Issues Team.

Rives received his commission in 1974 through the Air Force ROTC program and then began active duty in 1977, after graduating from UGA with bachelor’s and law degrees.