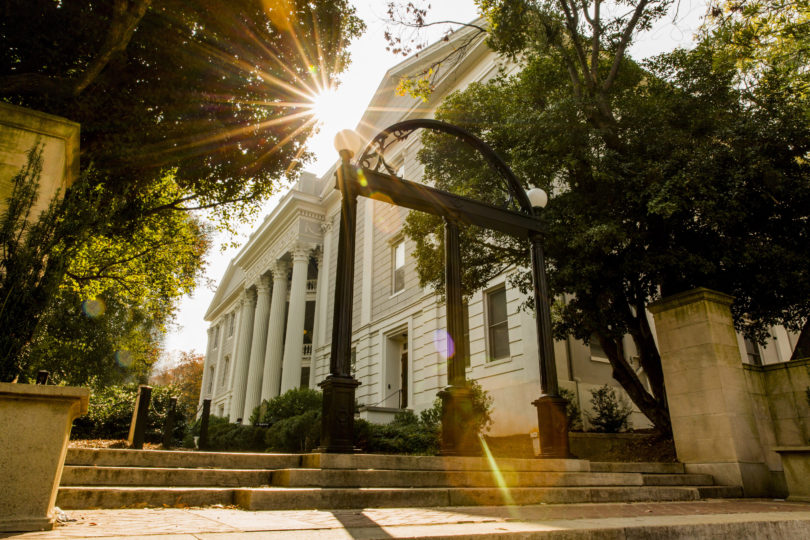 The University of Georgia jumped three spots to No. 13 in the U.S. News & World Report 2019 ranking of best public national universities, the highest ranking in UGA’s history.

“The University of Georgia is reaching new heights of excellence in virtually every measure, and I am pleased that national recognition of the quality of our academic programs is on the rise,” said UGA President Jere W. Morehead. “I want to commend our faculty, staff, students, alumni and friends for their hard work and dedication in making the University of Georgia, the birthplace of public higher education in America, one of the very best public universities in the nation.”

This is the third consecutive year the university has risen in the U.S. News ranking. A key factor in the improvement was UGA’s lower student-faculty ratio, which dropped from 18:1 to 17:1. An improvement in the subjective category of reputation, as assessed by college presidents, provosts and admissions directors, also factored into the new ranking, as well as the quality and performance of its students.

The university consistently fares well in the quality of its student body, which has been on a steady ascent. This fall marked the sixth consecutive year that the entering first-year class set a record for academic excellence, as the Class of 2022 enrolled with an average high school GPA of 4.04, an average ACT score of 30 and an average SAT score of 1365. Over the past five years, the number of applications for undergraduate admissions has increased nearly 30 percent as demand for a UGA degree has grown.

UGA is one of two institutions from the state of Georgia—along with the Georgia Institute of Technology—to be ranked among the top 15 public universities in the nation. Georgia is one of only three states (including California and Virginia) to have more than one institution in the top 15. In addition, UGA and the University of Florida are the only two public institutions from the Southeastern Conference listed in the top 20.

“Our students are succeeding in the classroom and the job market at record levels, our research productivity is booming with expenditures up by 30 percent over the last five years, and our economic impact on the state of Georgia is climbing every year, now reaching $5.7 billion,” said Morehead. “Indeed, it is an exciting time to be at the University of Georgia.”

National rankings are only one of many measures of academic quality in higher education. While rankings tend to fluctuate up and down from year to year, a more precise measure of performance can be found in academic outcomes such as retention, completion and career placement rates. UGA continues to excel in these areas with 96 percent of first-year students returning for their sophomore year and 85 percent of students graduating within six years. In addition, 96 percent of UGA students are employed or enrolled in graduate school within six months of graduation.