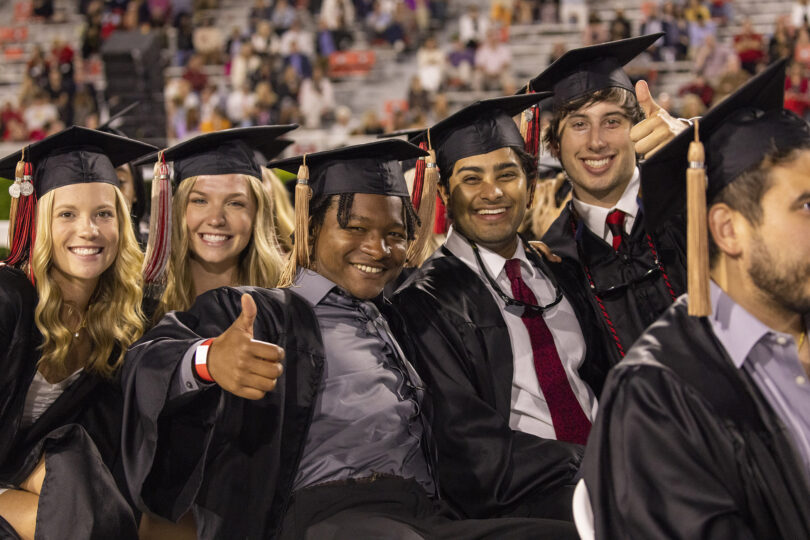 Ninety-two percent of the University of Georgia Class of 2021 are employed, attending grad school or engaged in post-grad internships, all within six months of graduation, according to career outcomes data released by the UGA Career Center. The information includes undergraduate, graduate and professional students who earned degrees between August 2020 and May 2021

Specifically, among 2021 UGA graduates, 63% reported being employed full time; 20% were attending graduate school; and 9% were engaged in post-graduate internships, fellowships, residencies, postdoctoral research, part-time jobs, reported their status as entrepreneurs or said they were not seeking employment. 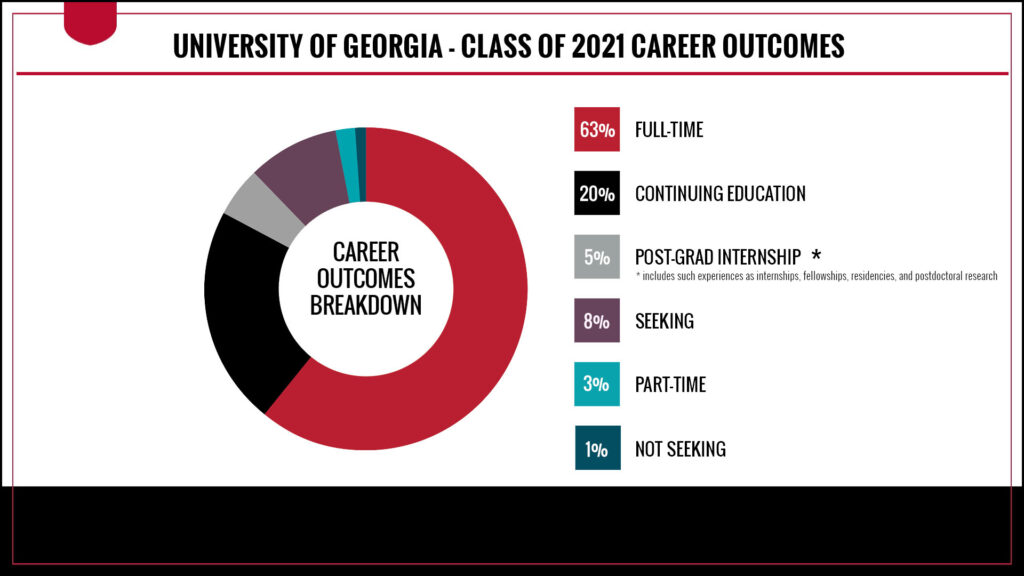 “UGA students are exceptionally talented and possess not only the technical skills, but also key career readiness skills that employers are seeking. This includes leadership, teamwork, critical thinking and professionalism,” said Scott Williams, executive director of the UGA Career Center. “Furthermore, our university community is becoming more involved in helping students achieve their career goals, evidenced by the over 1,200 faculty and staff who were nominated and identified by students via UGA’s Career Outcomes Survey as individuals who greatly influenced their career development and decision making.”

A total of 2,950 unique employers hired graduates from UGA’s Class of 2021. Of the graduates working full time, they reported working across all sectors of the economy, including: 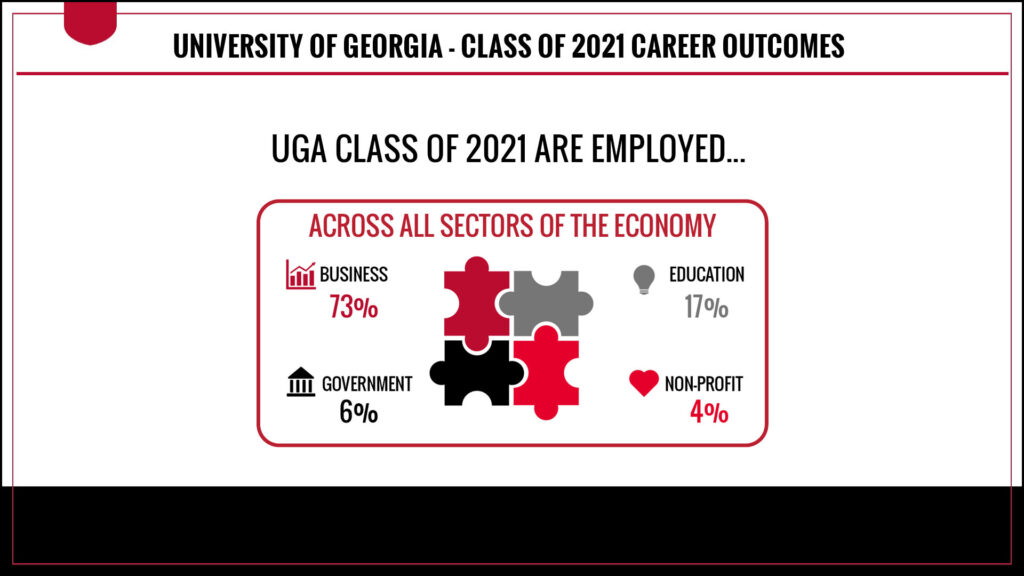 Of those graduates employed full time, 61% said they secured employment prior to graduation and 99% were hired within six months of graduation.

Following time off for travel, December 2021 graduate Merryn Ruthling will work as a SHINE marketing associate at Deloitte (a Top 25 Employer for the Class of 2021). She credits the UGA Career Center as the No. 1 reason she landed this role. She met with her UGA career consultant to practice interviews, build a portfolio, create targeted resumes and cover letters and, finally, for tips on salary negotiations. Ruthling first visited the Career Center as an incoming freshman.

“Meeting with various career consultants helped me learn that getting a job is a combination of who you know, your experiences and what you study—not just what you majored in,” she said.

UGA welcomes and prepares students from around the world, but as a land- and sea-grant institution, it places great emphasis on ensuring the state of Georgia has a strong pipeline of leaders across all industries. Of the Class of 2021, 71 percent accepted jobs within the state of Georgia. The other 29 percent secured positions across 48 states and 21 countries. Some out-of-state destinations include Charlotte, Chicago, Dallas, New York City and Washington, D.C. 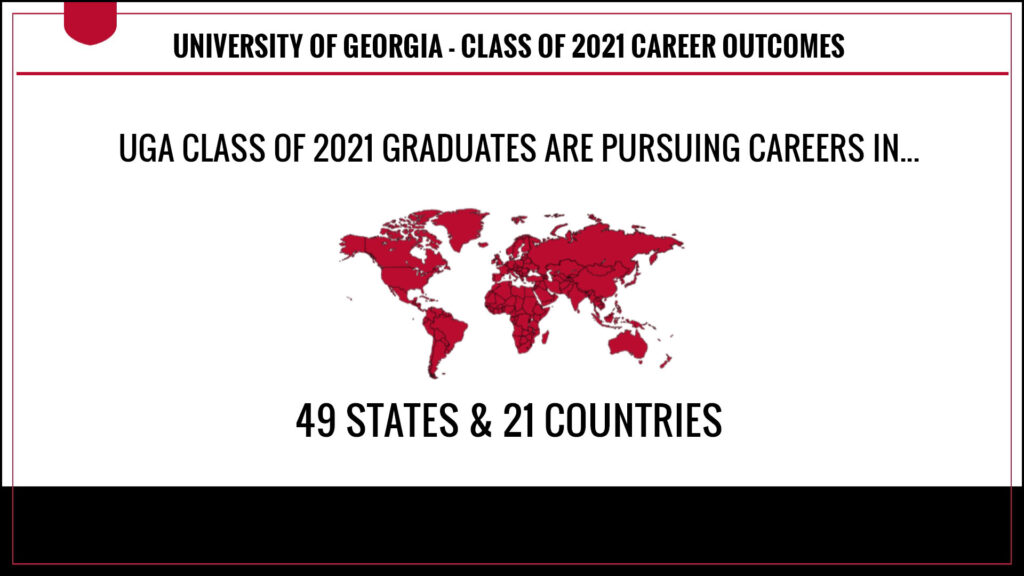 For example, Lizy Hoepfinger, a December 2021 UGA graduate, chose to continue her education rather than entering the workforce following graduation.

“Using resources provided by the UGA Career Center, I determined what kind of job I want; from there I realized that going to grad school was the best next step for me,” she said.

Hoepfinger began a Master of Science in artificial intelligence at UGA and plans to pursue a career with an innovative tech company upon completion of her degree.

The UGA Career Center calculates the career outcomes rate each January by collecting information from surveys, phone calls, employer reporting, UGA departments, LinkedIn and the National Student Clearinghouse. The preceding data is based on the known career outcomes of 7,618 graduates from the Class of 2021.

For more information on the Class of 2021, visit career.uga.edu/outcomes.