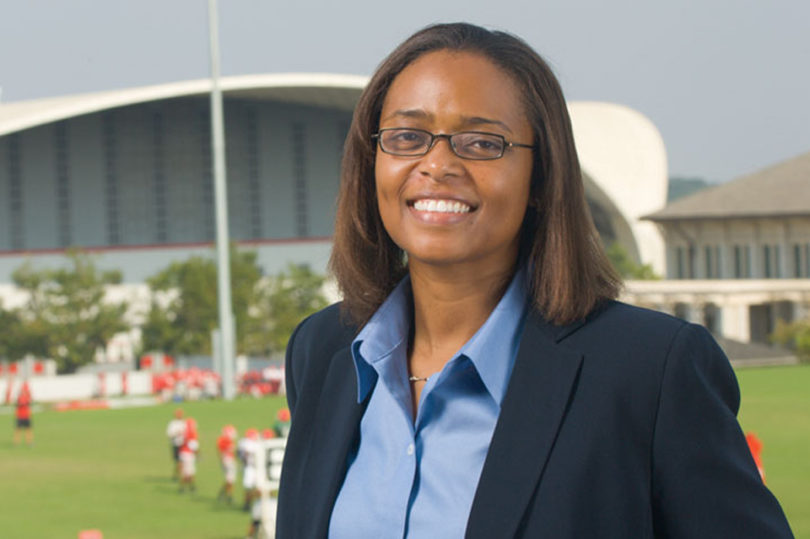 “I have had the pleasure of working for many years with Carla Williams as president, provost and faculty athletics representative,” said University of Georgia President Jere W. Morehead. “She is an outstanding athletic administrator and importantly a wonderful role model for our student-athletes. I know she will be a superb athletic director for the University of Virginia. I am proud of her accomplishments as one of our exceptional graduates.”

Williams has the unique background of competing, coaching and administering at the highest levels of intercollegiate athletics. She was an All-SEC guard on the basketball court, then helped recruit and coach some of the greatest teams in UGA’s history before moving on to become one of the highest-ranking female administrators in Division I athletics.

During Williams’ tenure as an administrator at UGA, its athletics teams won 16 NCAA team championships and 37 Southeastern Conference titles.
In her role as deputy director of athletics at UGA, Williams was responsible for the day-to-day ­operations of the department and its $127 million budget.

NCAA and national organization committee membership are a big part of Williams’ resume. She served on the executive committee (2010-2014) for the National Association of Collegiate Directors of Athletics. She was a member of the Southeastern Conference’s executive committee (2009-2011), participated on the NCAA women’s basketball issues committee (2010-2014) and was an executive board member of the National Association of Collegiate Women Athletic Administrators (2007-2009).

An active member in her community, local schools and church, Williams is on the board of directors for the Athens Area Community Foundation and LLL Community Group. She has served as a committee member for Oconee County School System projects and been involved in the Athens Clarke County Mentor Program. In May 2015, Williams was recognized by the Girl Scouts of Historic Georgia as the Athens Woman of Distinction. That same year she was named one of the top 10 senior woman administrators in the NCAA by the website CollegeAD.org.

“I am extremely grateful for this opportunity to lead one of the nation’s elite athletics programs,” Williams said. “Academic achievement, athletic excellence, operating with integrity, a commitment to maximum effort at all times and a strong sense of teamwork and unity are the core principles that will guide (the University of Virginia’s) athletics department under my leadership.”