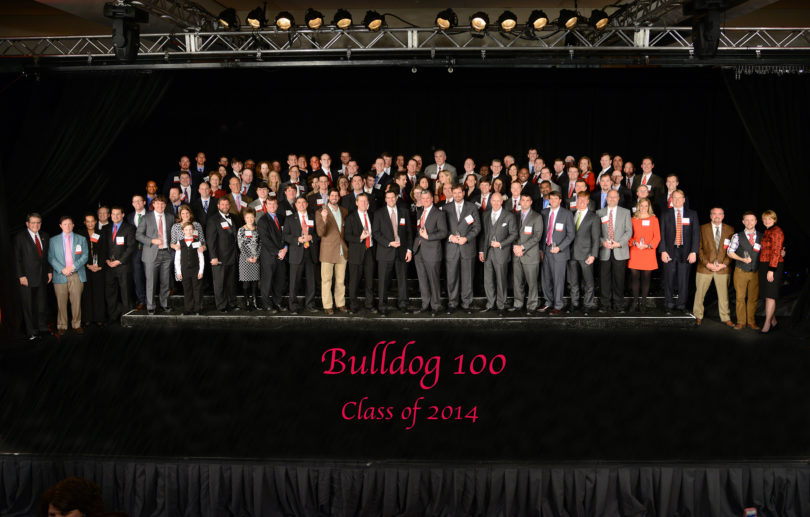 The 2014 fastest growing business was Social Empowerment Center, founded and owned by UGA graduates and husband and wife duo, Rachelle and Edward Hutchinson. Located in Lawrenceville, Social Empowerment Center offers support to families in crisis, including mental health and indigent services. This was the company’s first appearance on the Bulldog 100. Rachelle D. Hutchinson, a 2000 graduate of UGA’s School of Social Work, is the first female and the first minority business owner to lead the No. 1 company since the program began in 2010.

For the fifth year in a row, Warren Averett CPAs and Advisors partnered with the UGA Alumni Association to review financial records for each nominated business and determine the ranked list.

Nominations for the 2014 Bulldog 100 were accepted between January and May 2013. To be considered for the list, each organization must have been in business for at least five years, experienced revenues in excess of $100,000 for the calendar year 2010, and be owned or operated by a former UGA student who owns at least 50 percent of the company or be the CEO, president or managing partner. The Bulldog 100 recognizes the fastest growing businesses regardless of size by focusing on a three-year compounded annual growth rate.

More than 800 nominations were received for the 2014 Bulldog 100. The class includes companies of all sizes, providing services and products in a variety of industries, including advertising, staffing, real estate, pest control and mixed martial arts. Companies as far west as Texas and Kansas, and as far northeast as New Jersey, made the list this year.

The 2014 Bulldog 100 Celebration recognized the 100 businesses and 141 alumni who lead those companies on Jan. 25 at the Marriott Marquis in downtown Atlanta. The evening began with a reception, followed by dinner and the awards ceremony. Smallbizclub.com founder, 1961 UGA graduate and hall of fame quarterback, Fran Tarkenton, served as the keynote speaker.

“The UGA Alumni Association is pleased to have hosted another successful Bulldog 100 Celebration as the program celebrates its fifth year recognizing top alumni business leaders,” said Deborah Dietzler, UGA executive director of alumni relations. “This is always a well-attended event and the competition to make the Bulldog 100 list each year continues to grow.”