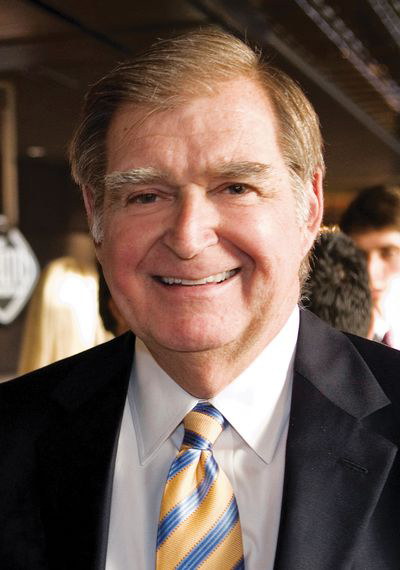 The UGA Alumni Association will present awards to five distinguished graduates and faculty members during its annual Alumni Awards Luncheon April 11 at noon at the Classic Center in downtown Athens. Now in its eighth decade, the event allows the Alumni Association to recognize individuals who have demonstrated a deep commitment to bettering the university.

Hunter-Gault is a 1963 graduate of UGA’s Grady College of Journalism and Mass Communication. She is an award-winning journalist and foreign correspondent. Hunter-Gault was one of the first two African-American students to enroll at UGA. Following graduation, she went to work for The New Yorker, eventually becoming the Harlem bureau chief for The New York Times. She spent two decades with PBS’ MacNeil/Lehrer NewsHour before moving to Johannesburg, South Africa, to serve as the African bureau chief for National Public Radio.

Ivester, an executive-at-large with UGA’s Terry College of Business, chairs the audit committee of SunTrust Banks and is a trustee of both Emory and Brenau universities, chairman of the board of the Robert W. Woodruff Health Sciences Center and a retired managing trustee of the UGA Foundation.

Landrum, UGA vice president for development and alumni relations, earned his undergraduate degree in history in 1972 and a master’s degree in journalism in 1987, and has served the university since 1976. He is responsible for managing the university’s advancement program, which includes fundraising, alumni relations, financial and fundraising support services, donor relations and stewardship, special events and career counseling.

Landrum is co-adviser of the UGA Blue Key chapter and a past vice chair of the national Blue Key board of directors. He is on the board of directors of the Georgia Humanities Council and the Wormsloe Institute for Environmental History. He is a member of Phi Kappa Phi scholastic honor society and the National Eagle Scout Association. Landrum also is on the Grady College Board of Trust and a member of the Grady Fellowship. After 38 years of service, Landrum will retire from UGA in June.

Sweaney is a professor emerita in the College of Family and Consumer Sciences. Her research focused on the effect of public policy on housing, housing needs for older adults and the role of technology in housing.

Sweaney arrived at UGA in the early 1980s and has made contributions to the college, including spearheading the creation of a family financial planning major, developing an instructional emphasis on residential property management and establishing the college’s study-abroad program in London. She received the U.S. Department of Agriculture’s National Award for Excellence in College and University Teaching in the Food and Agricultural Sciences in 1996 and the Josiah Meigs Award for Excellence in Teaching in 1999. Sweaney served on the UGA Athletic Association board for more than 15 years and served as a FACS department head and interim dean. She retired from UGA in 2012.

Abit, a 1949 graduate of UGA, became president emeritus of the Georgia Poultry Federation in 2008 after serving as the organization’s executive director for 48 years. Often referred to as the dean of the poultry industry, he was presented with the U.S. Poultry and Egg Association’s Harold E. Ford Lifetime Achievement Award in 2012.

Abit and Kayanne, a former Miss Georgia, have two children, Lewis Massey and Camille Massey. Camille is a human rights lawyer in New York City and has one child, Lucia. Lewis graduated from UGA in 1984 and is a former Georgia secretary of state. Lewis and his wife, Amy, have three children: Chandler, an Emmy award-winning actor; Cameryn, a third-year student at UGA and member of the UGA Student Alumni Council; and Christian. The Masseys have more than 18 relatives who attended UGA.