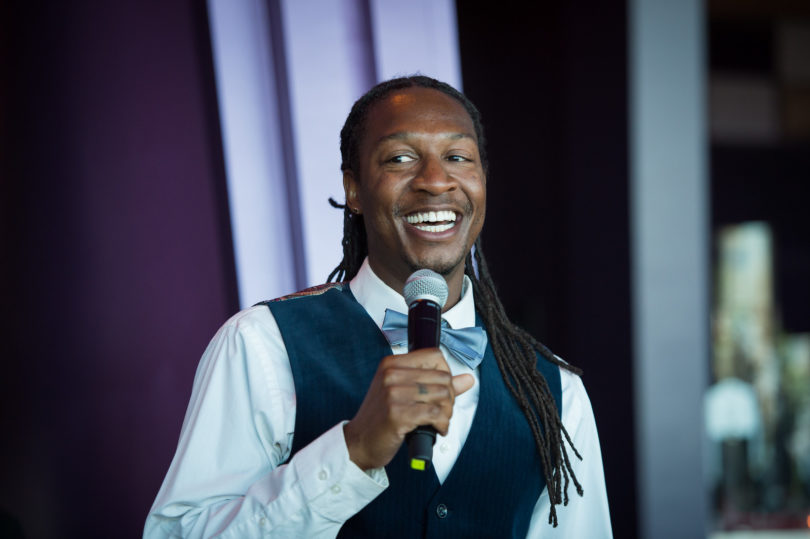 After earning his bachelor's degree at UGA, Marcus Jones BSES '09 moved to Michigan for graduate school. He stayed and co-founded a vocational school aimed at training workers to help rebuild neighborhoods in Detroit.

In 2009, months after the financial market crashed and as the housing crisis was at its worst, people were fleeing Detroit in droves. That same year, Marcus Jones BSES ’09 was getting drawn in. Over time, he committed to helping the city and its residents recover.

As a UGA student from Decatur, Jones had studied environmental sciences while working toward a career in Georgia real estate, but the housing crisis forced him to alter his plans. He enrolled in graduate school at the University of Michigan and focused his research at the intersection of urban planning, environmental science and real estate.

The city of Detroit, about 45 minutes from Ann Arbor, became his classroom.

“I started to become fascinated by Detroit,” Jones said. “The real estate market was depleting, and the city was at the lowest of the low. It created an incredible environment for me to learn.”

This was Detroit’s landscape: too many abandoned houses, too many people out of work, and so much work to be done. As a student of urban planning, Jones knew the city would have to be strategic in its efforts to come back. Detroit has a lot of existing infrastructure and a lot of abandoned houses—many of them salvageable. Jones explored how to consolidate resources to create clusters of activity and start developing from those clusters.

One answer was to deconstruct—rather than simply demolish—abandoned houses in neighborhoods unlikely to come back. That means safely removing any environmental hazards like asbestos and keeping the other materials for reuse before leveling the structure.

After he presented his thesis and earned his master’s degree, Jones followed his studies into unexpected territory: workforce training. Rebuilding Detroit couldn’t start until there were more jobs. So, he helped found a vocational school, the Detroit Training Center, to help provide that. At the beginning, the center focused on training workers in demolition and deconstruction. Many of the trainees came through the correctional system. The program eventually moved into areas of maintenance and heavy equipment training.

“We created programs where people who are willing to work hard can get licensed in these areas,” he says.

By the time Jones left the center late last year to focus on his burgeoning real estate business, it had trained over 7,500 workers.

Detroit is making a comeback. The city’s unemployment has dropped, but it is still well above the national average. For his part, Jones is looking for his next opportunity to create a better Detroit.

“I really want to combine my experience from the last five years of workforce development with my experience in real estate and really start to change how our neighborhoods here in Detroit are being rebuilt and redeveloped,” he says.

The original version of this story first appeared in the Summer 2018 issue of Georgia Magazine.