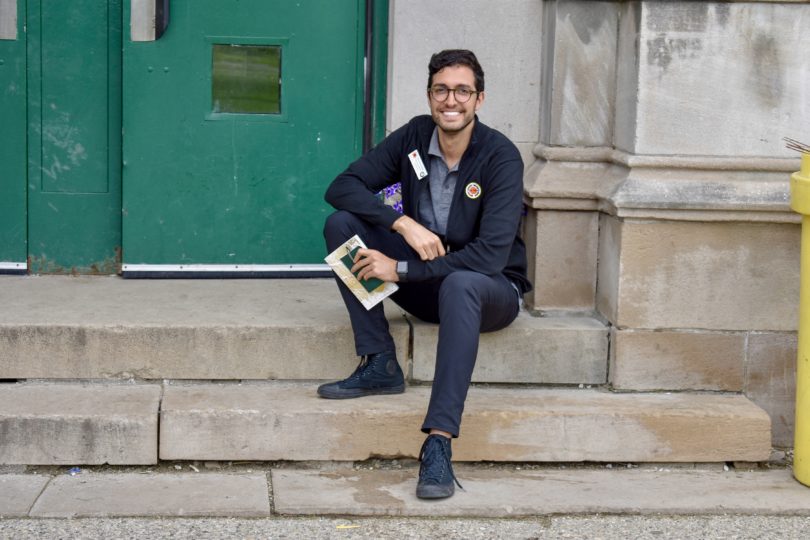 University of Georgia alumnus Shaun Kleber was one of 148 candidates selected internationally as a Schwarzman Scholar, a graduate fellowship designed to prepare the next generation of leaders with an understanding of China’s role in global trends.

Kleber is UGA’s fifth Schwarzman Scholar. The incoming Class of 2021 was narrowed down from a pool of more than 4,700 candidates from China, the U.S. and around the world. It includes students from 41 countries and 108 universities.

Five classes of Schwarzman Scholars have been named since the highly competitive program opened to applicants in 2015. The fully funded, yearlong master’s program in global affairs is offered at Tsinghua University in Beijing. Students live and learn on the Schwarzman College campus and focus their studies on public policy, economics and business, or international studies.

“I am delighted that Shaun has received this prestigious recognition,” said UGA President Jere W. Morehead. “The University of Georgia’s record of success in this international competition is evidence of the outstanding education we provide to our students and how well we prepare them for success beyond graduation.”

Kleber graduated from UGA in 2016 with bachelor’s degrees in international affairs, political science and economics. A Foundation Fellow and Honors Program alumnus, he spent two years with McKinsey & Company as a business analyst before transitioning to work with City Year, an AmeriCorps program, through which he served as a student success coach in Detroit. He is now a team leader with City Year in Boston and supervises student success coaches at UP Academy Boston, developing tailored strategies for student achievement.

After he completes his year as a Schwarzman Scholar, Kleber will attend Harvard Law School. He plans to pursue a career in education policy and public education administration.

“I met Shaun when he was in high school, and I enjoyed getting the chance to work closely with him while he was a student at UGA,” said David S. Williams, associate provost and director of the Honors Program. “It has been clear all along that he is destined to make a very positive impact on society.”

Kleber’s focus is on education, leadership and policy, with the goal of becoming a national leader in public education. In his time with City Year and in his internship while in college with the superintendent of Atlanta Public Schools, he confronted issues such as intergenerational poverty, segregated neighborhoods and insufficient access to basic resources.

“The Schwarzman Scholars program prepares and connects future global leaders, and that makes it the perfect fit for Shaun,” said Jessica Hunt, UGA’s major scholarships coordinator. “He made a profound impact on our campus as an undergraduate, and he has already demonstrated a remarkable commitment to building community in Detroit, Atlanta and Boston. He will no doubt do the same during his year in Beijing as a Schwarzman Scholar.”