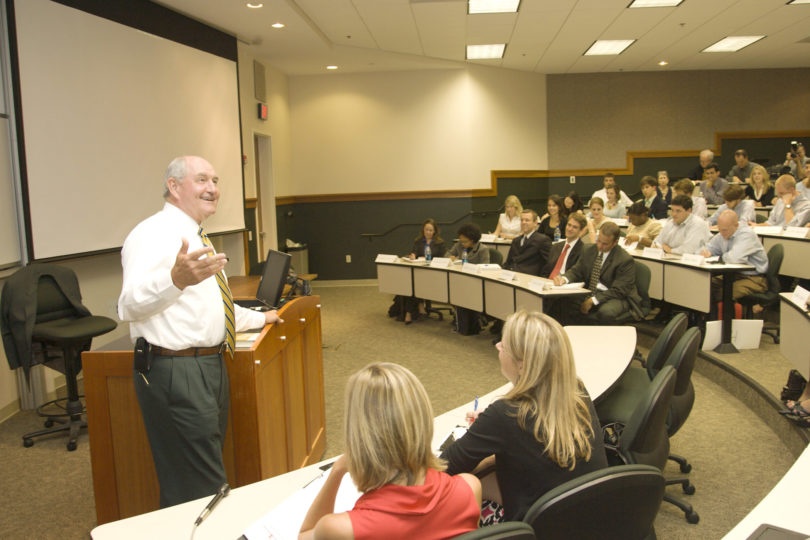 Athens, Ga. — With former Georgia Gov. Sonny Perdue’s confirmation Monday as the U.S. Department of Agriculture secretary, he becomes the first University of Georgia alumnus since Reconstruction to be named to the White House Cabinet and the first Southerner to head the department in two decades. Perdue will lead the $150 billion agency, which directs the country’s farm policy and food and nutrition programs.

At UGA, Perdue attended undergraduate classes — and played on the football team one year as a walk-on — and then earned a doctorate in veterinary medicine in 1971.

“Secretary Perdue is a distinguished alumnus of the University of Georgia, and we are grateful for the tremendous support he has demonstrated for his alma mater over the years,” said UGA President Jere W. Morehead. “We look forward to the important contributions he will make to the nation’s vital agricultural industry in this new role.”

As governor, Perdue championed UGA projects such as the Richard B. Russell Building Special Collections Libraries, the Medical Partnership and the new College of Veterinary Medicine hospital. He returned to campus often for official ceremonies, including the February 2004 dedication of the Student Learning Center, and to speak to students, including the May 2005 Commencement. During a College of Agricultural and Environmental Sciences conference in 2007, Perdue said, “One of Georgia’s greatest strengths is our agricultural industry. Our farmers and our foresters. It’s our oldest and largest industry.”

After his final term as governor, Perdue gave his official papers in March 2011 to the Richard B. Russell Library for Political Research and Studies, part of UGA’s special collections libraries.

“Because of his experience and his lifelong commitment to agriculture, we are pleased to have former Georgia Gov. Sonny Perdue as the new secretary of agriculture,” said Sam Pardue, dean of the UGA College of Agricultural and Environmental Sciences. “Not only does Secretary Perdue know firsthand the intricacies of providing, protecting and promoting the U.S. food system, he has long been a strong supporter of the land-grant mission in public universities across the country and our role in keeping U.S agriculture growing and leading in sustainable food production.”

The USDA is the funding authority for land-grant university research and extension programs in agriculture, family and consumer science, and forestry.

After graduating from UGA, Perdue served in the U.S. Air Force and was honorably discharged in 1974 with the rank of captain. He then practiced veterinary medicine in Raleigh, North Carolina, before returning to Bonaire, Georgia, to start businesses in grain trading and trucking.

Perdue was elected to the state legislature in 1990 and became the state’s first Republican governor since Reconstruction in 2003. Under Perdue’s tenure, Georgia added new food safety regulations after a salmonella outbreak was traced to peanut butter made in the state. He oversaw the state’s decades-long water dispute with Alabama and Florida, as well as a historic drought that prompted Perdue to call for strict water restrictions.

Perdue is the second Georgian to join the current Cabinet, following former U.S. Rep. Tom Price of Roswell, who is now secretary of the U.S. Department of Health and Human Services.

His cousin, U.S. Sen. David Perdue, is hosting him in Washington, D.C., this spring.