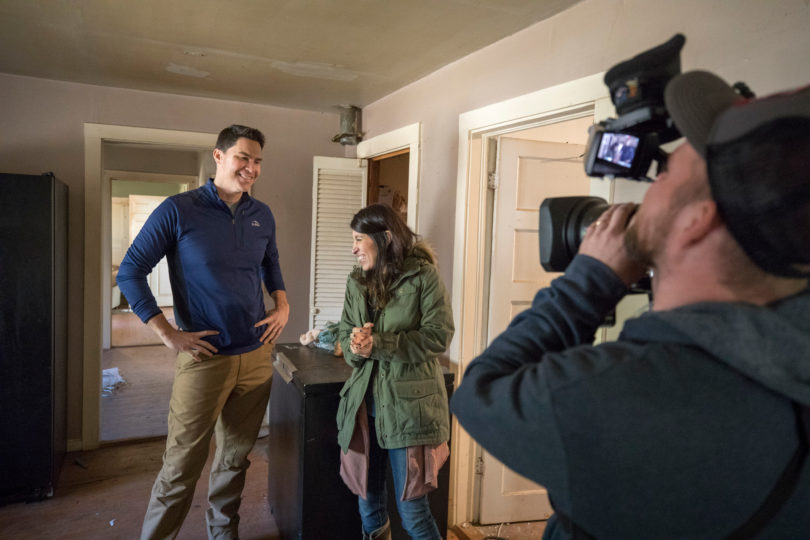 Ken and Anita Corsini's show, "Flip or Flop: Atlanta," debuted on HGTV in 2017 and was quickly renewed for a second season. (Photo by Peter Frey.)

They had already launched a successful house-flipping business in 2005 that saw them purchasing, renovating, and selling more than 100 houses a year. 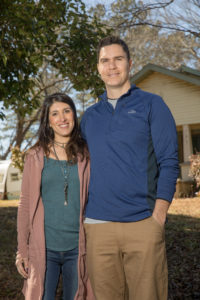 Ken and Anita Corsini met as UGA students. Ken’s roommate was in Anita’s Bible study class, and when Anita would call the room, Ken would talk to her before handing over the phone. (Photo by Peter Frey)

“You would never imagine that both of us would be on a network like HGTV given our backgrounds,” says Anita BS ’99, who majored in math at UGA. Ken BBA ’99 has a bachelor’s degree is in risk management.

“This wasn’t necessarily anything we were seeking,” she continues. “It’s something that fell in our laps.”

Their dedication to getting the job done and getting it done well paid off. Premiering last July, their spinoff of the popular HGTV series Flip or Flop was renewed after only five episodes had aired.

But the Corsinis’ path to Flip or Flop: Atlanta was definitely a circuitous one.

The two met during their third year at UGA when Anita was leading a Bible study that included Ken’s roommate. She’d call their room, and Ken would chat her up before handing over the phone. When they started dating—downtown pizza joint Little Italy was their go-to spot—Ken and Anita quickly knew they’d found their partner, both in life and in future business endeavors.

Anita was teaching high school math when Ken started his residential development company, Georgia Residential Partners, after five years in corporate insurance. A year later when the couple was expecting their first child, Anita originally planned to stay home with the baby, but Ken had other ideas.

Realizing he was right, Anita quit teaching and got her license all in the same month, officially making theirs a family business. Anita serves as the designer while Ken is the contractor, and they tend to (mostly) stay in their lanes.

“I have no business making design decisions,” Ken says. “The only thing I’ll contribute to design wise is floor plans.”

Over the years, they’ve rehabbed a lot of distressed homes, finding everything from animal skulls to antique Singer sewing tables and a North Face sleeping bag that Ken now calls his own. But few topped one of the houses from the show’s upcoming season.

“One of the houses we’re doing this year, the people didn’t live in the house,” Ken says. “They inherited it and decided it was going to be their own personal landfill. For years on end, they would go to the house and just throw their trash in the house. I kid you not, you could not open the front door because the trash—no exaggeration—was piled that high.”

Spoiler alerts aside, that house is no longer a garbage dump now that the Corsinis have their hands on it.