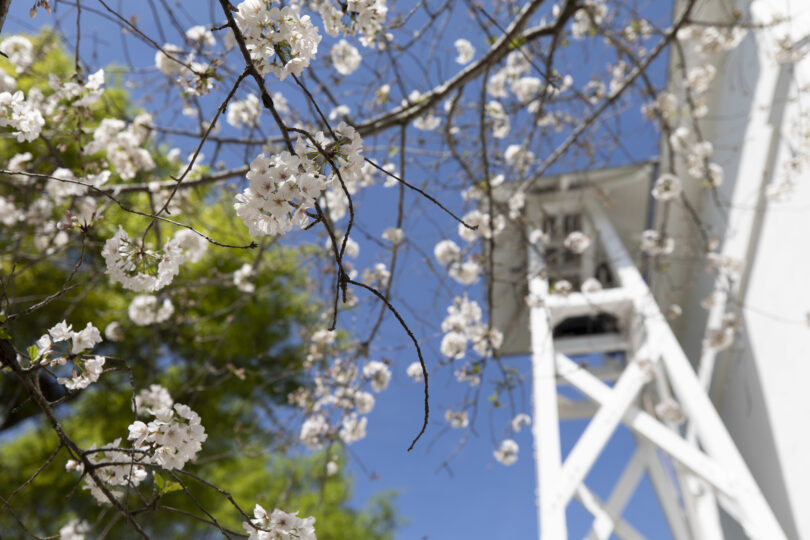 The University of Georgia’s Signature Lectures series continues in a virtual format for spring 2021, with renowned scholars and leaders in fields such as poetry, journalism, business, law and the sciences sharing their insights and expertise.

“This spring’s virtual Signature Lectures will showcase the U.S. poet laureate, commemorate the 60th anniversary of desegregation, highlight UGA’s finest researchers and much more,” said Meg Amstutz, associate provost for academic programs. “Across UGA, units have stepped up to bring important voices to the university community and the public in the midst of the pandemic.”

Signature Lectures highlight speakers noted for their broad, multidisciplinary appeal and compelling bodies of work. Many of the lectures are supported by endowments, while others honor notable figures and milestones in the university’s history. All Signature Lectures are free and open to the public. Capacity is limited for some lectures, with registration required. 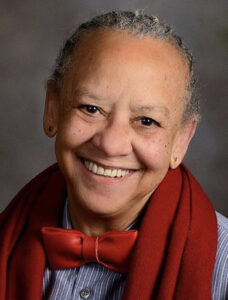 Giovanni’s poems first emerged from the Black Arts Movement in the 1960s, and she immediately took her place among the most renowned poets of the era. She has focused her work on raising awareness of social issues, particularly those of gender and race. Giovanni has published over two dozen volumes of poetry, essays and edited anthologies, as well as 11 illustrated children’s books, including “Rosa,” an award-winning biography of Rosa Parks. She is the recipient of an NAACP Image Award, the Langston Hughes Medal for poetry and the Rosa L. Parks Woman of Courage Award. She has been named woman of the year by Mademoiselle, Ladies Home Journal and Ebony. Oprah has called her one of the 25 living legends.

Sponsored by the Graduate School, Office of Institutional Diversity, Mary Frances Early College of Education and the Graduate and Professional Scholars. 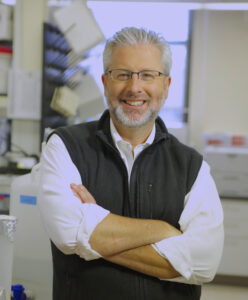 Shubin is an award-winning paleontologist, evolutionary biologist and science writer. He has developed expeditionary research programs in Canada, Africa, the continental United States, Asia and Greenland over the past 15 years. These research expeditions have led to new insights on the origin of major groups of vertebrates. His research team is also known for the discovery of the Tiktaalik roseae, an ancient fish that lived at the cusp of the transition to land 375 million years ago. Shubin is the author of three books, including Your Inner Fish: A Journey into the 3.5-Billion-Year History of the Human Body. He is a member of the National Academy of Sciences and the American Academy of Arts and Sciences.

Sponsored by the Office of Research, department of genetics and department of cellular biology in the Franklin College of Arts and Sciences and the Developmental Biology Alliance. 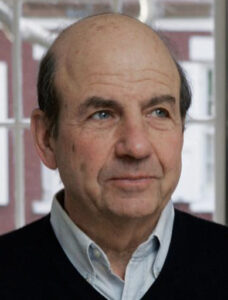 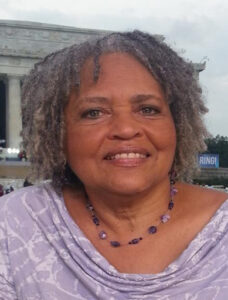 Discussion with Charlayne Hunter-Gault: “An Education in Georgia: Then and Now”
Feb. 4, 4 p.m., Zoom webinar

Trillin is an American journalist, humorist, food writer, poet, memoirist and novelist. He has been a regular contributor to The New Yorker since 1963 and is the author of 31 books. Trillin is the author of An Education in Georgia: Charlayne Hunter, Hamilton Holmes, and the Integration of the University of Georgia. While working at Time magazine, Trillin covered the entrance of Hunter-Gault and Holmes into the University of Georgia in 1961. He will lead a conversation with alumna Charlayne Hunter-Gault, one of the university’s first two African American students, who has received numerous awards for her work in print and broadcast journalism. Her awards include two National News and Documentary Emmy Awards as well as two Peabody Awards. The conversation will be moderated by Valerie Boyd, Charlayne Hunter-Gault Distinguished Writer in Residence and associate professor of journalism at UGA.

Sponsored by the UGA Press, Grady College of Journalism and Mass Communication, Mary Frances Early College of Education and the New Georgia Encyclopedia. 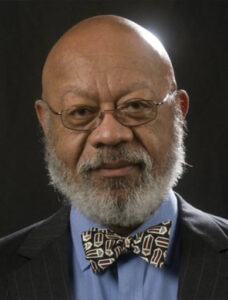 Black has published more than 100 papers in leading academic journals and lectures extensively in the areas of financial institutions and the monetary system. He has served as consultant to companies including SunTrust Bank, Chrysler Financial Corporation, National Bank of Commerce and the Mortgage Bankers of America. Black has received numerous awards, including the Department of Treasury’s Special Achievement Award and the National Credit Union Administration’s Exceptional Service Award. He was cited by the National Association of Federal Credit Unions as one of the 50 most influential figures in credit union history. Black is the University of Georgia’s first Black male freshman and in 1966 became the first African American graduate of the Terry College of Business. He is also the recipient of the Distinguished Alumnus Award from the Terry College.

Sponsored by the Institute for Leadership Advancement in the Terry College of Business. 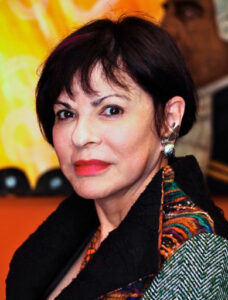 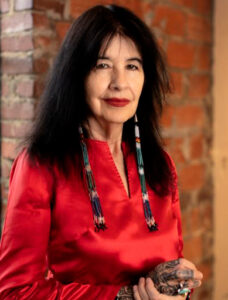 Harjo is an internationally renowned performer and writer of the Muscogee (Creek) Nation. She was recently appointed to a third term as the 23rd poet laureate of the United States. Harjo is a chancellor of the Academy of American Poets and board of directors chair of the Native Arts and Cultures Foundation. She also holds a Tulsa Artist Fellowship. Harjo is the author of nine books, including An American Sunrise, Crazy Brave and Poet Warrior: A Call for Love and Justice. Harjo has received numerous awards and honors, including the Ruth Lily Prize for Lifetime Achievement from the Poetry Foundation, the Academy of American Poets Wallace Stevens Award, two NEA fellowships and a Guggenheim Fellowship.

Howe’s work connects literature, Indigenous knowledge, Native histories and expressive cultures. She is co-producer and writer for a new film documentary, Searching for Sequoyah, about the life and disappearance of Sequoyah, creator of the Cherokee syllabary in 1841. She received a U.S. Artists Ford Fellowship, Lifetime Achievement Award from the Native Writers’ Circle of the Americas, American Book Award, Oklahoma Book Award and was a Fulbright Distinguished Scholar to Jordan.

Sponsored by the Willson Center for Humanities and Arts and the Institute of Native American Studies. 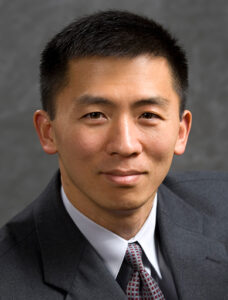 Liu joined the California Supreme Court in 2011 as associate justice. He was previously an associate dean and professor at the University of California, Berkeley, School of Law. Liu specializes in constitutional law, education law and policy, and diversity in the legal profession. He currently holds visiting professorships at both Harvard and Stanford universities, where he teaches constitutional law. He holds a bachelor’s degree from Stanford, a master’s degree from Oxford University, where he was a Rhodes Scholar, and a law degree from Yale University. Liu served as judicial clerk for U.S. Supreme Court Justice Ruth Bader Ginsburg and U.S. Court of Appeals for the D.C. Circuit Judge David Tatel. He also worked as special assistant to the deputy secretary of the U.S. Department of Education, as well as helped to launch the AmeriCorps national service program.

Sponsored by the School of Law. 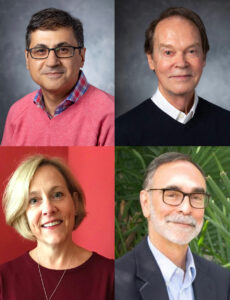 This Charter Lecture features the 2020 and 2021 Regents’ Professors, distinguished UGA faculty honored by the University System of Georgia Board of Regents whose scholarship or creative activity is recognized both nationally and internationally as innovative and pace-setting.

Pejman Rohani, 2020 Regents’ Professor and University of Georgia Athletic Association Professor in Ecology and Infectious Diseases in the Odum School of Ecology and the College of Veterinary Medicine

Rohani’s research focuses on the introduction of the ecological perspectives to infectious disease biology. His work investigates the importance of spatial synchrony in the outbreak of measles and pertussis for predicting the extinction and eradication of these major childhood infectious diseases.

Ronald L. Simons, 2020 Regents’ Professor and Distinguished Research Professor in the department of sociology in the Franklin College of Arts and Sciences

Simons’ research focuses on the processes by which social experiences become biologically embedded and influence mental and physical health outcomes. His research suggests that social factors, such as marital, work, financial and social status variables, impact biological aging and the development of chronic illness more so than the effects of diet, exercise, body mass index, smoking and other known health-risk factors.

Diane Marie Amann, 2021 Regents’ Professor and the Emily and Ernest Woodruff Chair in International Law in the School of Law

Amann’s scholarship focuses on the ways that national, regional and international legal regimes interact as they endeavor to combat atrocity and cross-border crime. Her current research will produce the first book, under contract with Oxford University Press, on the roles of women professionals at the 1945-46 war crimes trial before the International Military Tribunal at Nuremberg.

Steven R.H. Beach, 2021 Regents’ Professor and Distinguished Research Professor in the department of psychology in the Franklin College of Arts and Sciences

Beach’s scholarship focuses on the way that community, family and marital process affect mental and physical health. His pioneering work and collaborations have shown that strengthening close relationships, including marriage and parenting relationships, can play a critical role in reducing depression and physical health problems and can buffer the impact of stress from economic and social factors. 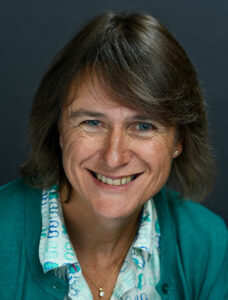 Parmee is considered a leader and top expert in drug manufacturing and development. Most notably, she was one of the lead investigators in the discovery of Januvia, a revolutionary drug that helps lower blood sugar levels in adults with Type 2 diabetes without the side effects of some of the previously available treatments. Parmee obtained her Bachelor of Arts and Ph.D. in organic chemistry from Oxford University. She also held a NATO postdoctoral fellowship at Massachusetts Institute of Technology. Parmee has almost 30 years of experience in the pharmaceutical industry working in numerous therapeutic areas at major pharmaceutical companies, including Merck and now Janssen. She has received numerous awards, including the Thomas Alva Edison Patent Award and the Gordon E. Moore Medal from the Society of Chemical Industry.

Sponsored by the College of Pharmacy.

Requests for accommodations for those with disabilities should be made as soon as possible but at least seven days prior to the scheduled lecture. Please contact Sherri Bennett in the Office of Academic Affairs at 706-542-0383 or sherri@uga.edu to request accommodations.