Four faculty members have been named University of Georgia Athletic Association Professors in recognition of their extraordinary records of scholarship, instruction and outreach.

“I am grateful to the UGA Athletic Association for its outstanding support of our faculty,” said President Jere W. Morehead. “In the past five years, the Athletic Association has more than doubled the number of endowed professorships that it funds, substantially increasing our ability to recruit and retain the highest caliber faculty in a wide range of disciplines.”

The four endowments recently approved by the Board of Regents brings the total number of Athletic Association professorships to 37.

“It is a great point of pride for the Athletic Association to have the opportunity of partnering with the university in this important initiative,” said Greg McGarity, the J. Reid Parker Director of Athletics. “It provides an important way for athletics to make an impact on the academic mission of the university.” 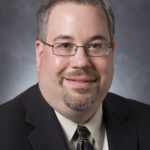 Carson, a professor of political science in the School of Public and International Affairs, is a nationally recognized scholar and award-winning instructor. Since being promoted to full professor in 2013, he has co-authored four books and an influential monograph on U.S. elections. He has served on 34 Ph.D. and master’s thesis committees, and the quality of his instruction has been recognized with several honors, including the university’s J. Hatten Howard III Honors Teaching Award. 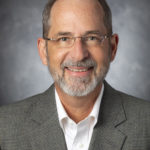 Dawe, a Distinguished Research Professor in the departments of plant biology and genetics in the Franklin College of Arts and Sciences, is a prolific researcher who has garnered more than $20 million in external funding since joining the UGA faculty in 1995. His impact on students is evidenced by their placement in academic positions at institutions with highly regarded plant sciences programs, including Iowa State University and the University of Missouri. 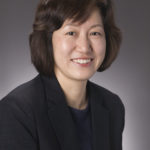 Lee, a professor in the department of foods and nutrition in the College of Family and Consumer Sciences, has translated her nationally recognized expertise on food insecurity into programs that reduce hunger among low-income Georgians. Her work has been supported by $16 million in external funding, and she re-established a USDA-funded University of Georgia Supplemental Nutrition Assistance Program Education (UGA SNAP-Ed) program that reaches and helps more than 2 million Georgians each year to make healthier choices related to food and physical activity. 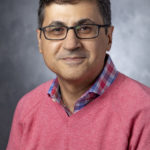 Rohani, a professor with a joint appointment in the department of infectious diseases in the College of Veterinary Medicine and the Odum School of Ecology, is at the forefront of research that uses mathematical models to better understand and control the spread of infectious diseases. He has helped secure $31 million in external funding and has published research findings in the world’s top journals. His former students have gone on to positions at universities that include Harvard, Columbia and Oxford.

“Endowed professorships foster the kind of instruction, research and service that sets the University of Georgia apart,” said Interim Senior Vice President for Academic Affairs and Provost Libby V. Morris. “The support of the UGA Athletic Association and other committed donors plays a critical role in advancing the university’s mission.”